Having followed the path of this strange corruption from the Eveningstar War Hospital, to the rangers house that came back from the King’s Forest you realize that it is time to track down the Druid Halsaime who seems to be connected to this strange natural corruption.

You are charged with heading out to Thorn Hallow to find this reclusive druid to find out more about this strange corruption that so easily infects everything around it.  Gorstrum Toom knows where Halsaime’s home is in Thorngap and has offered to take you there on his cart. 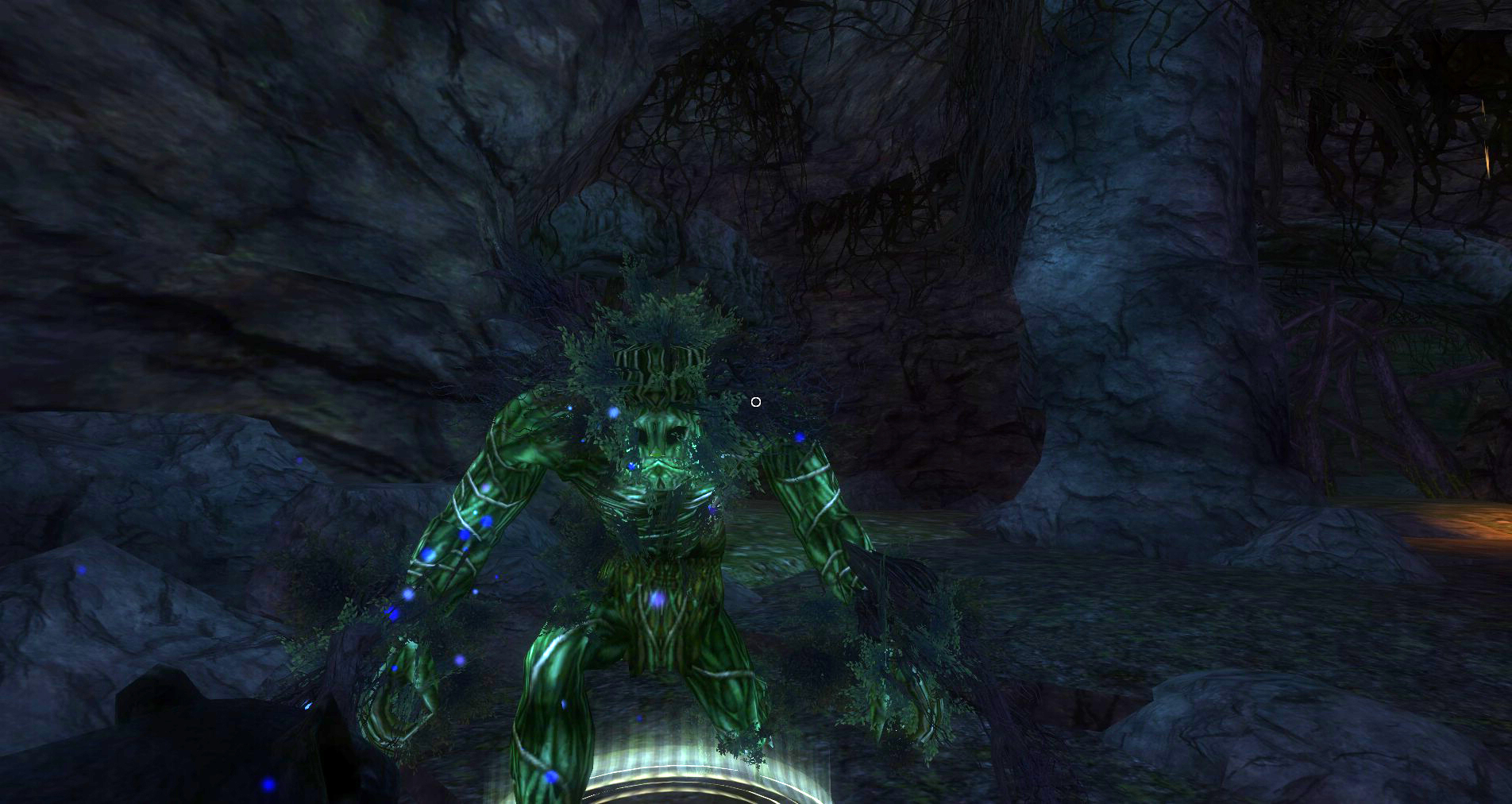 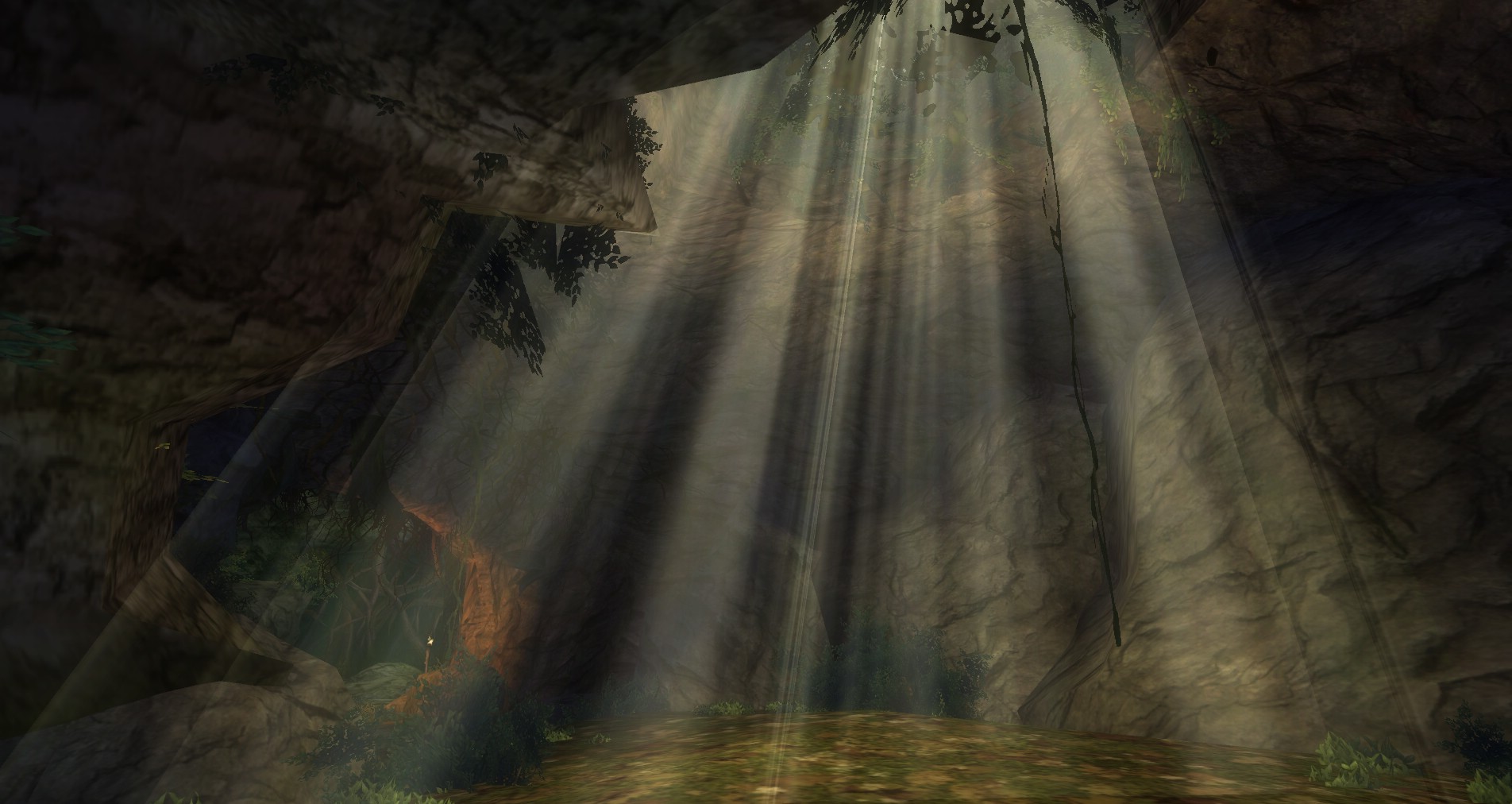 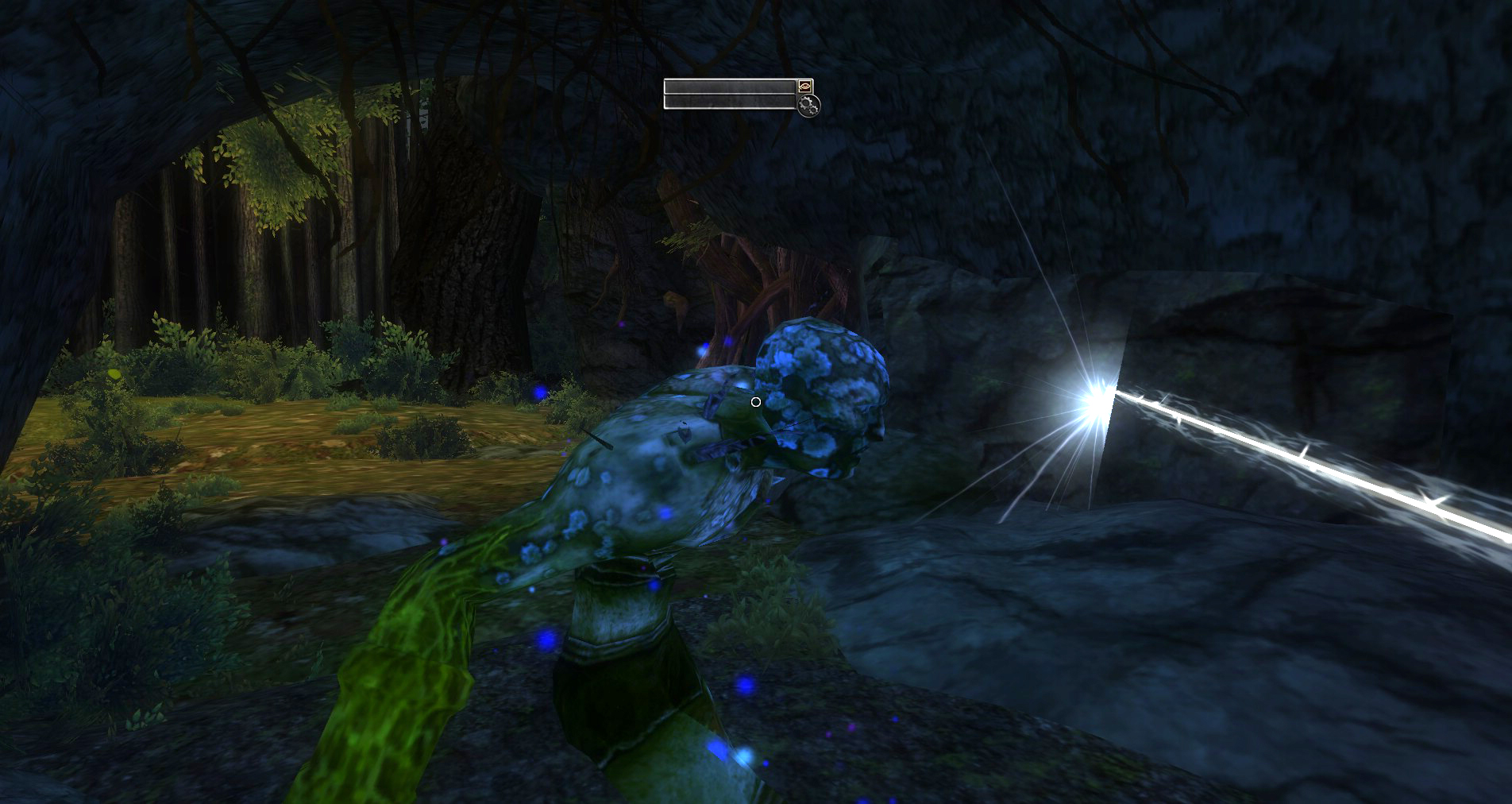 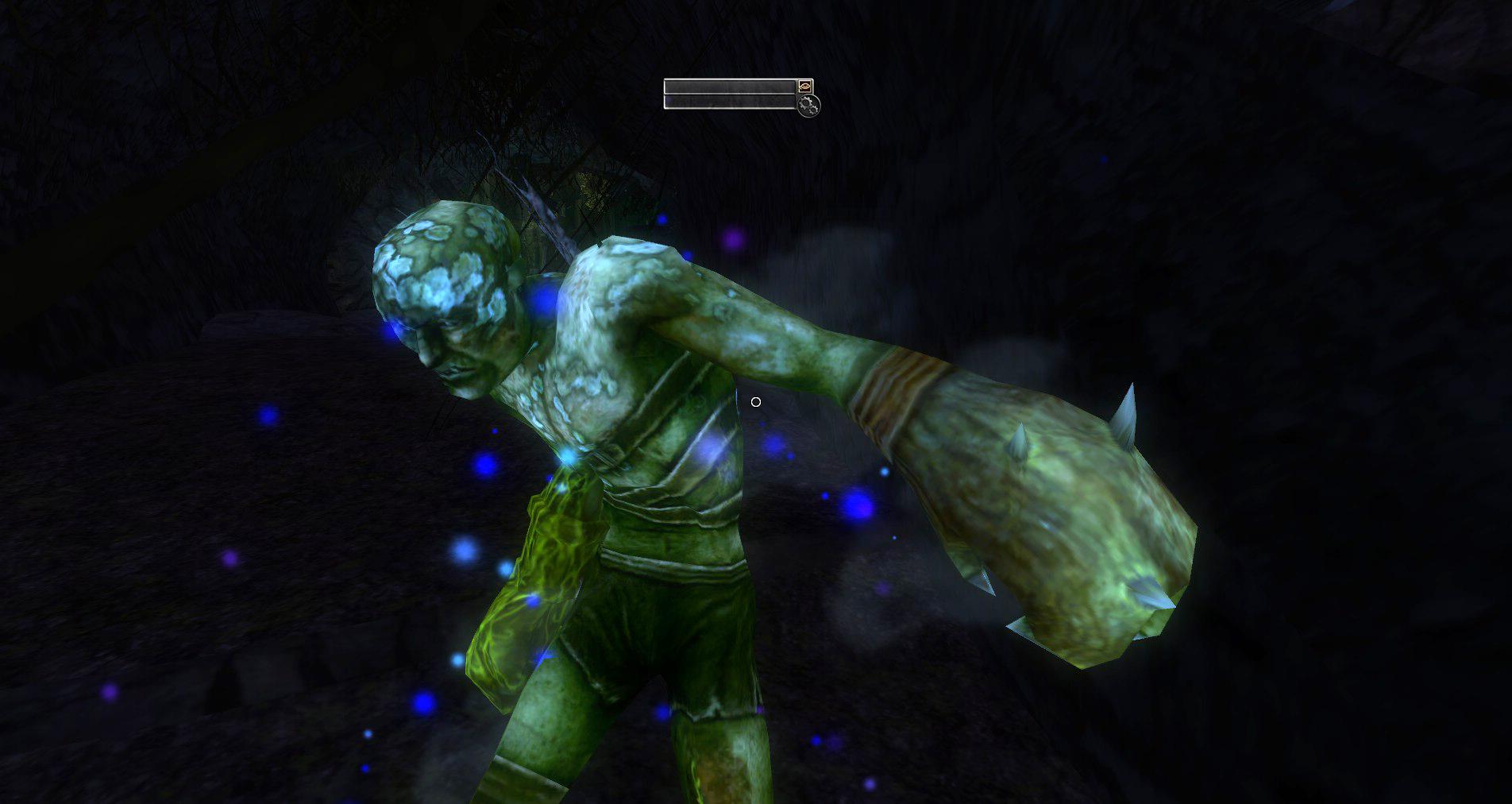 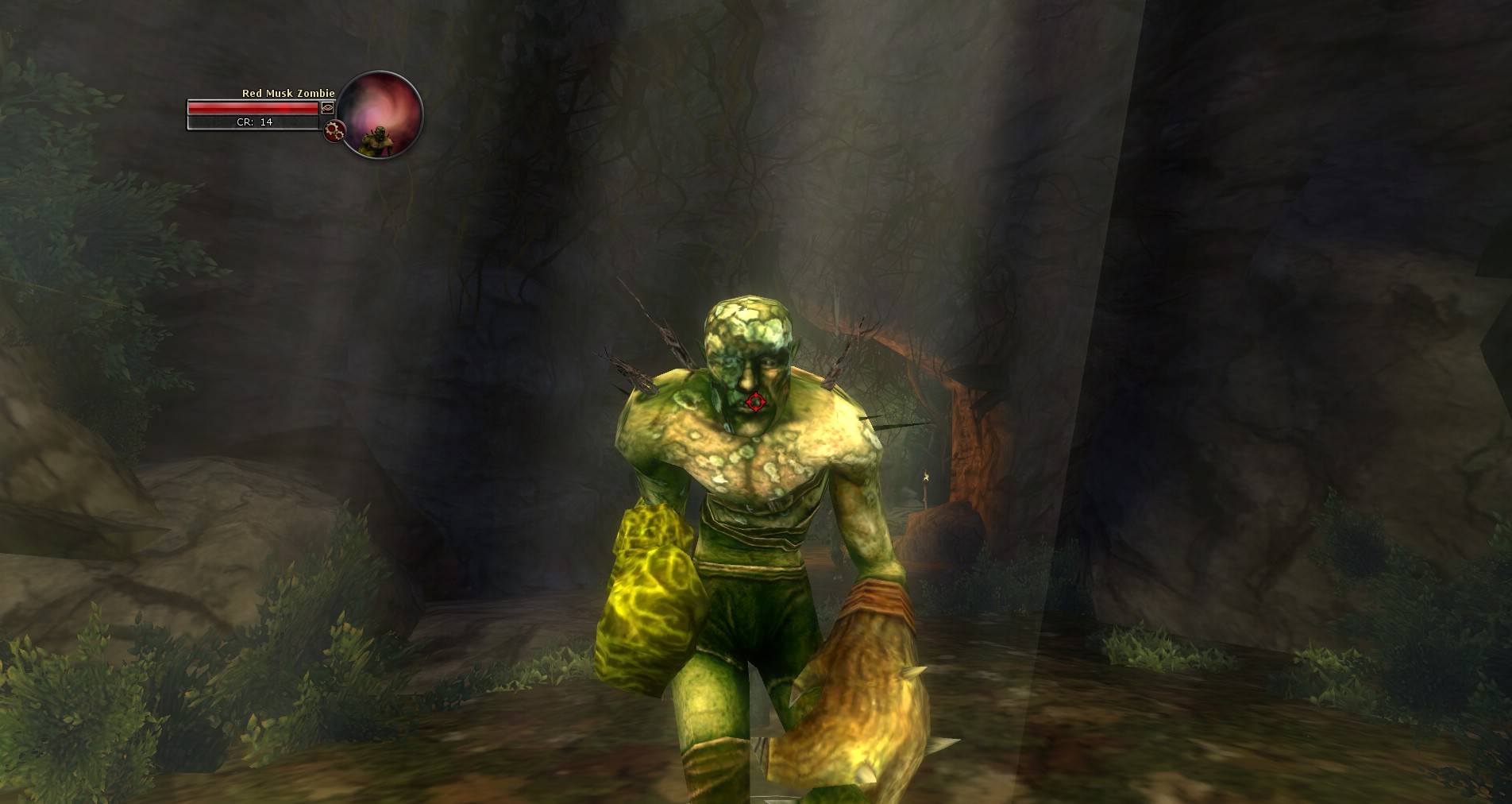 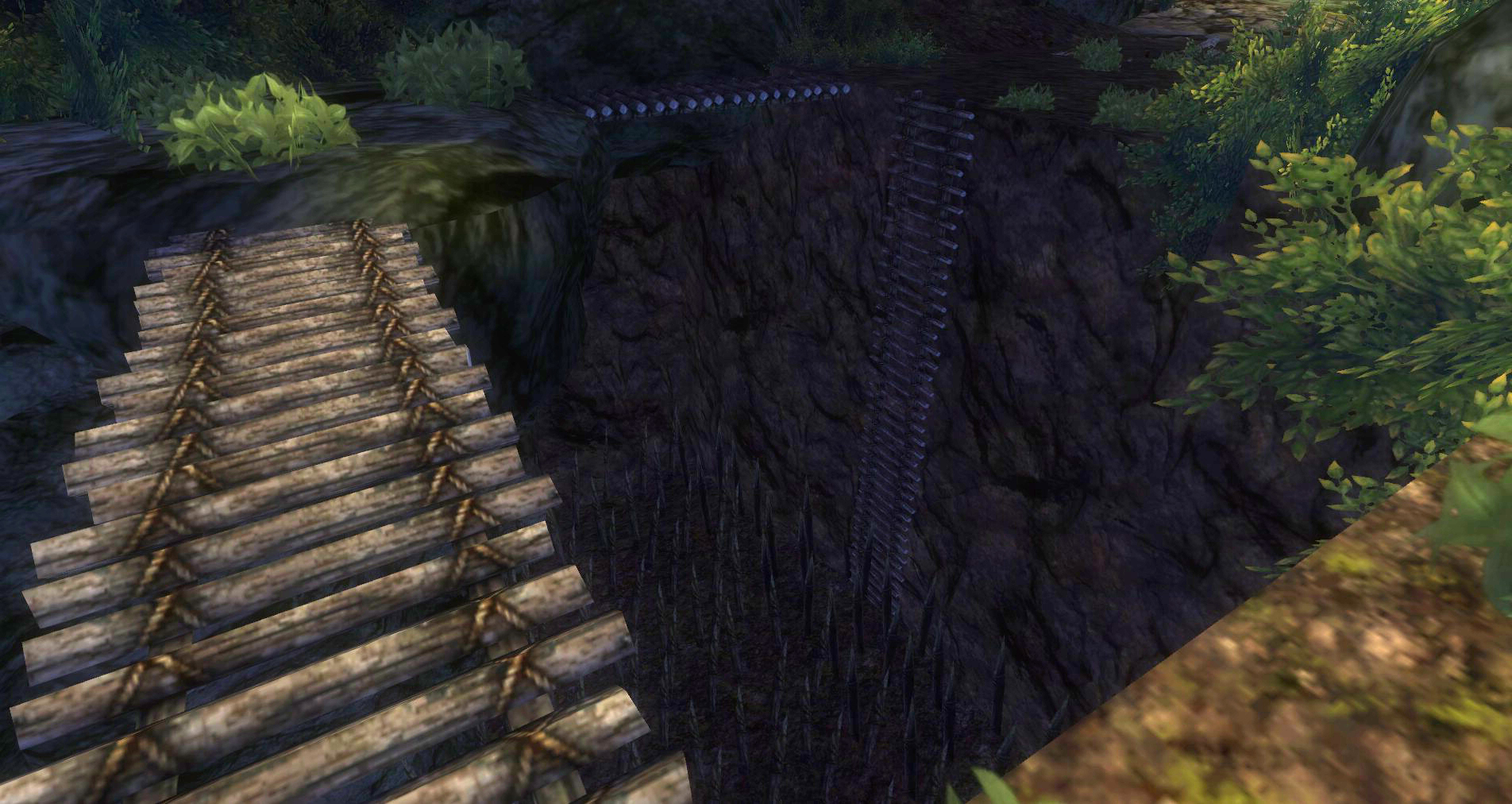 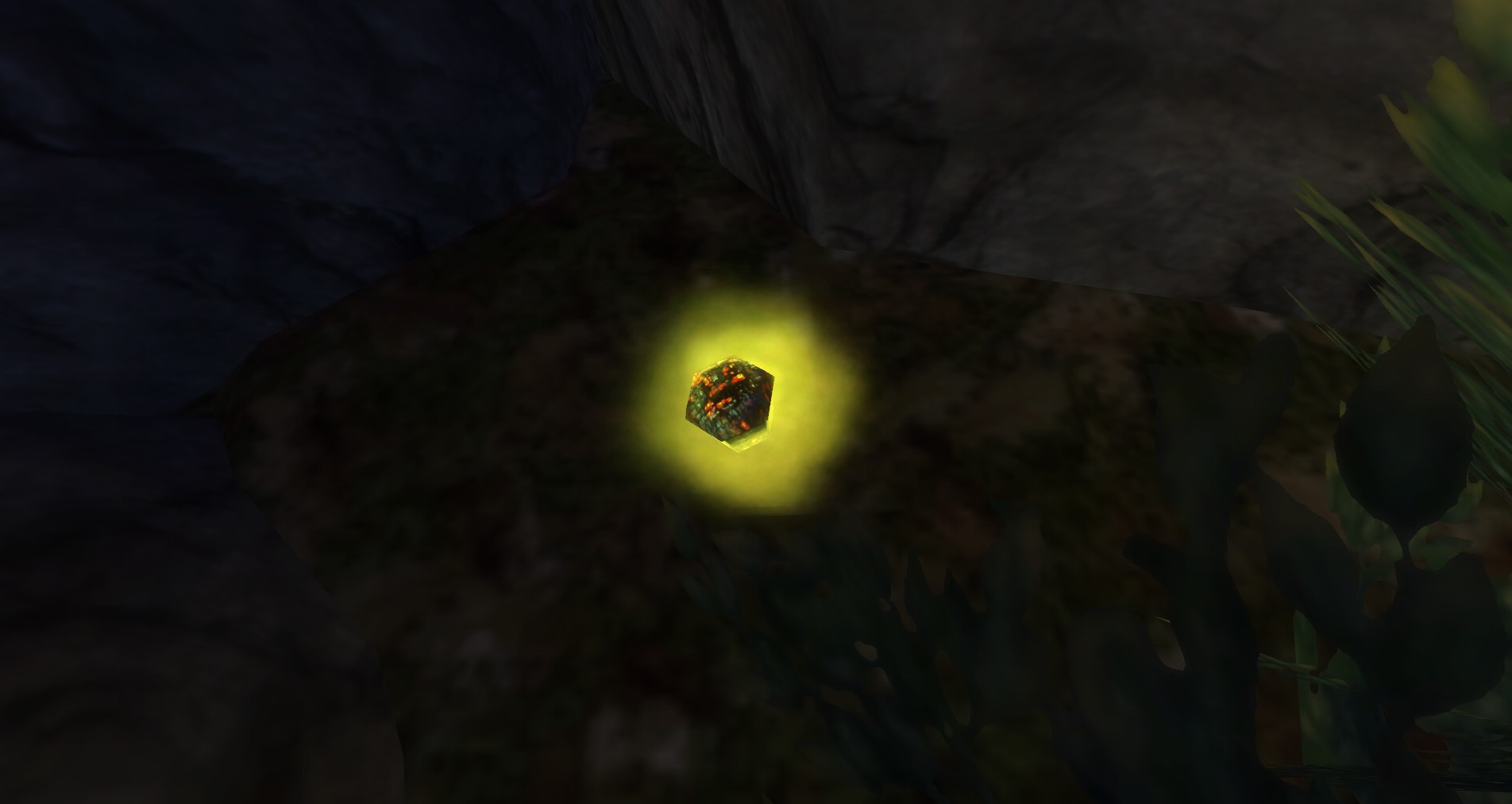 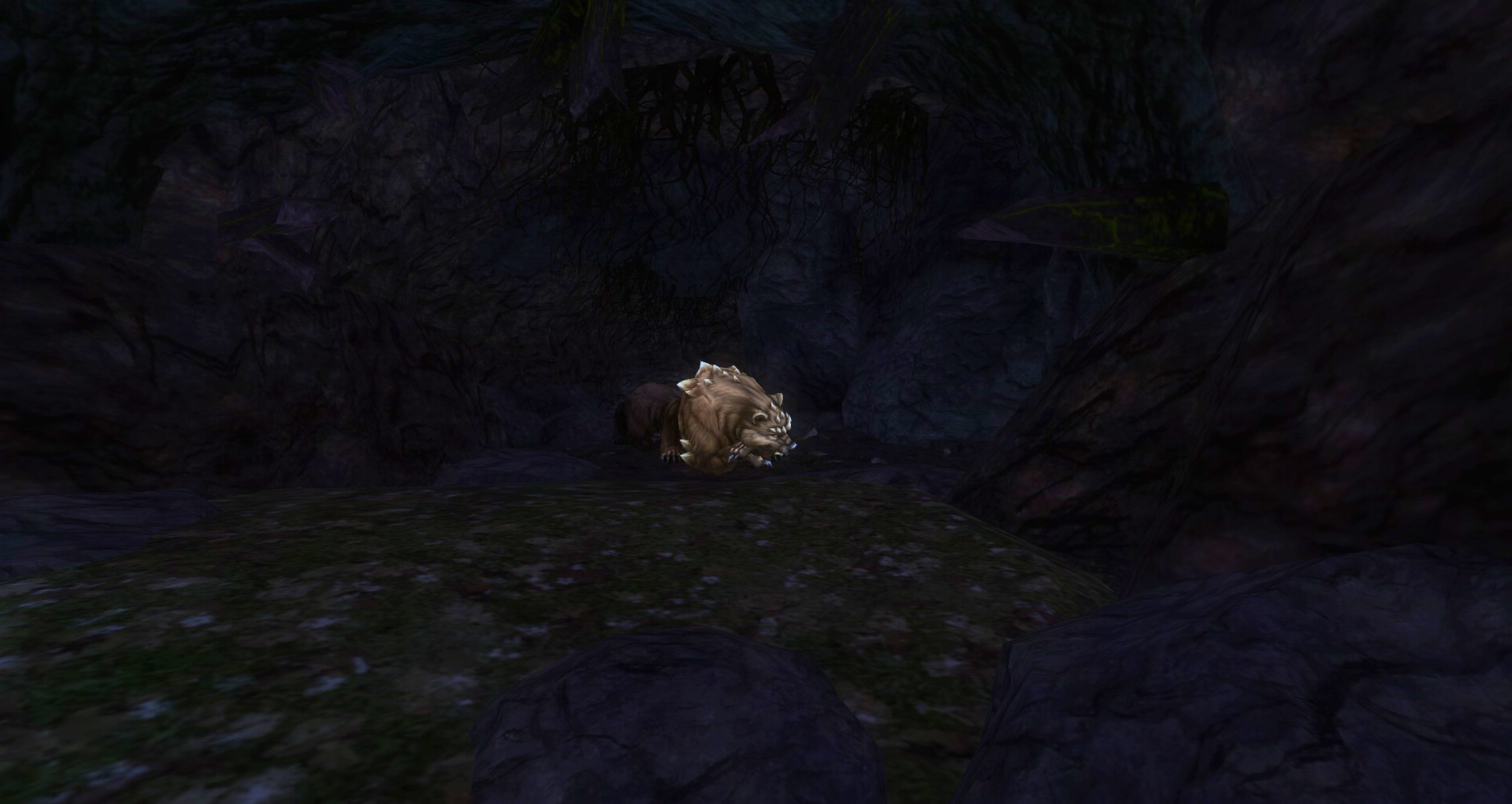 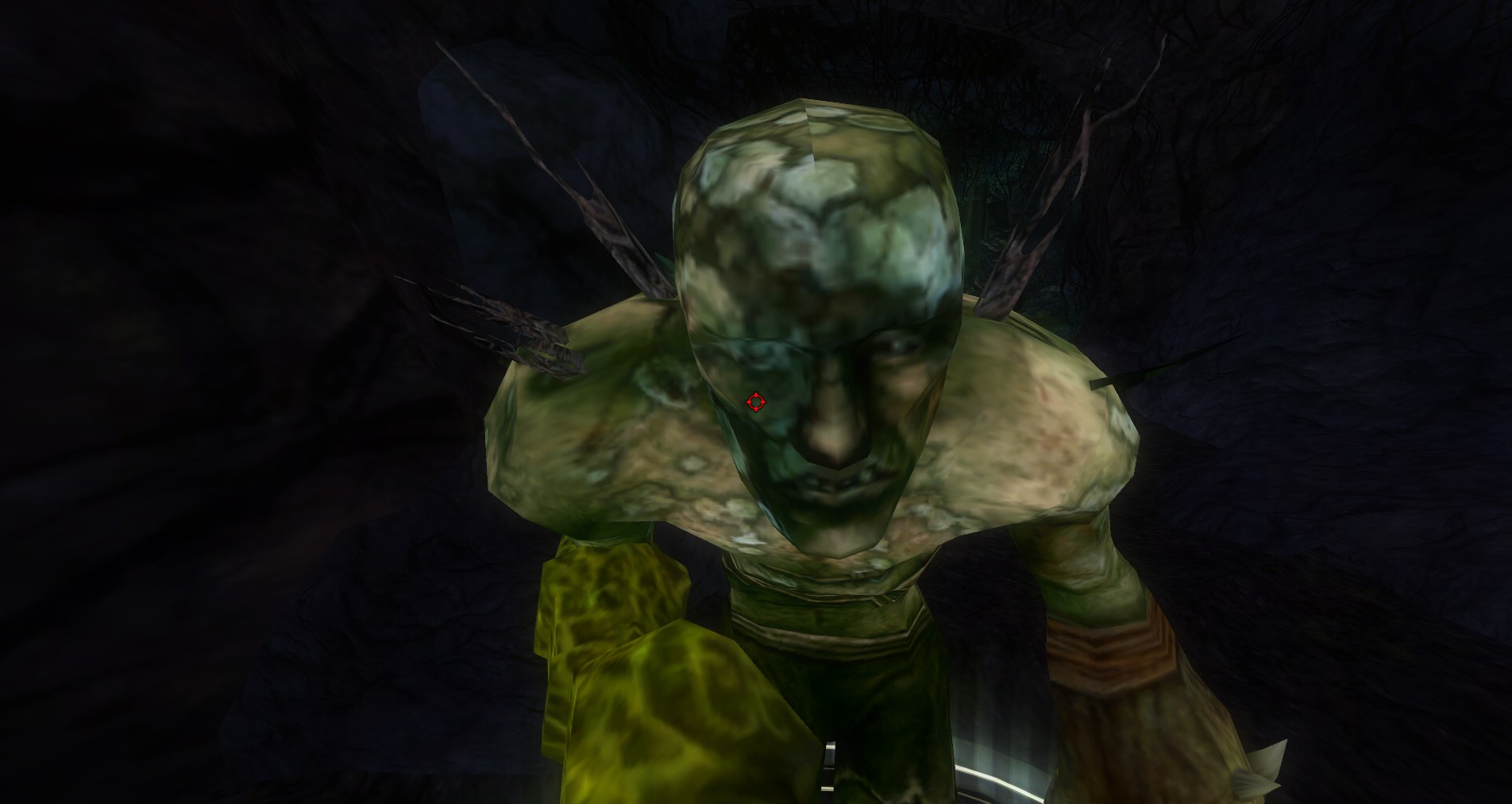 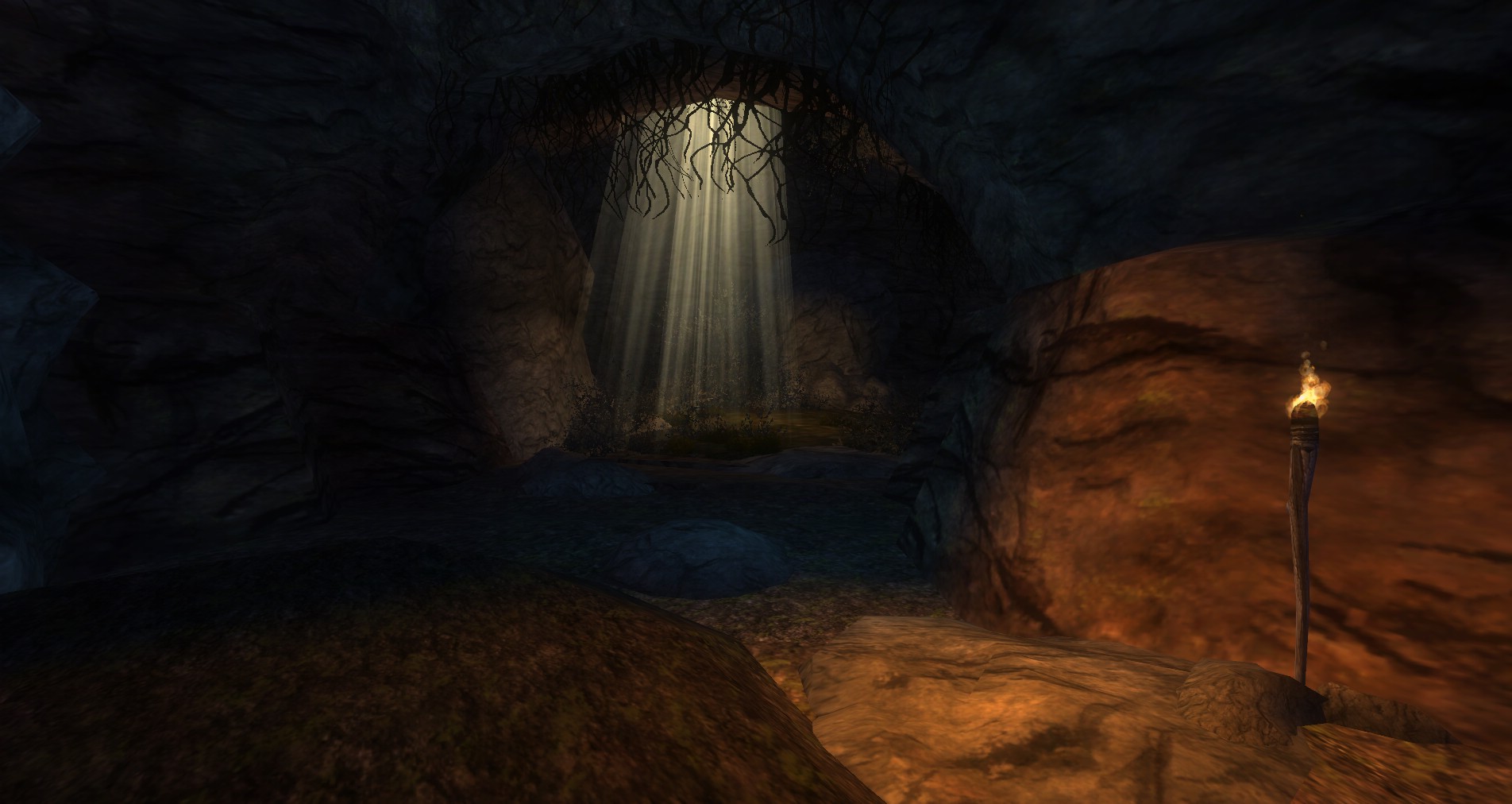 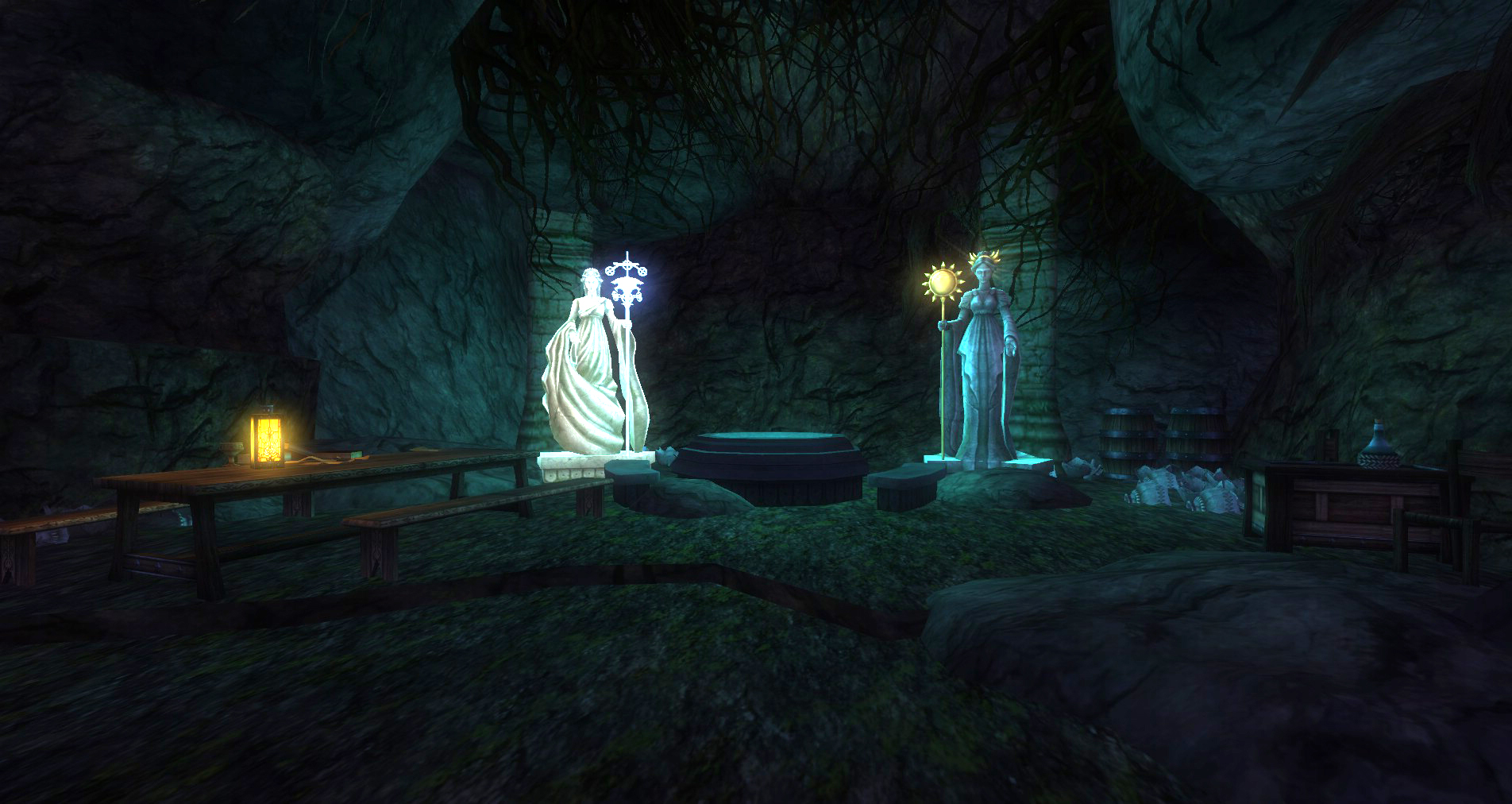 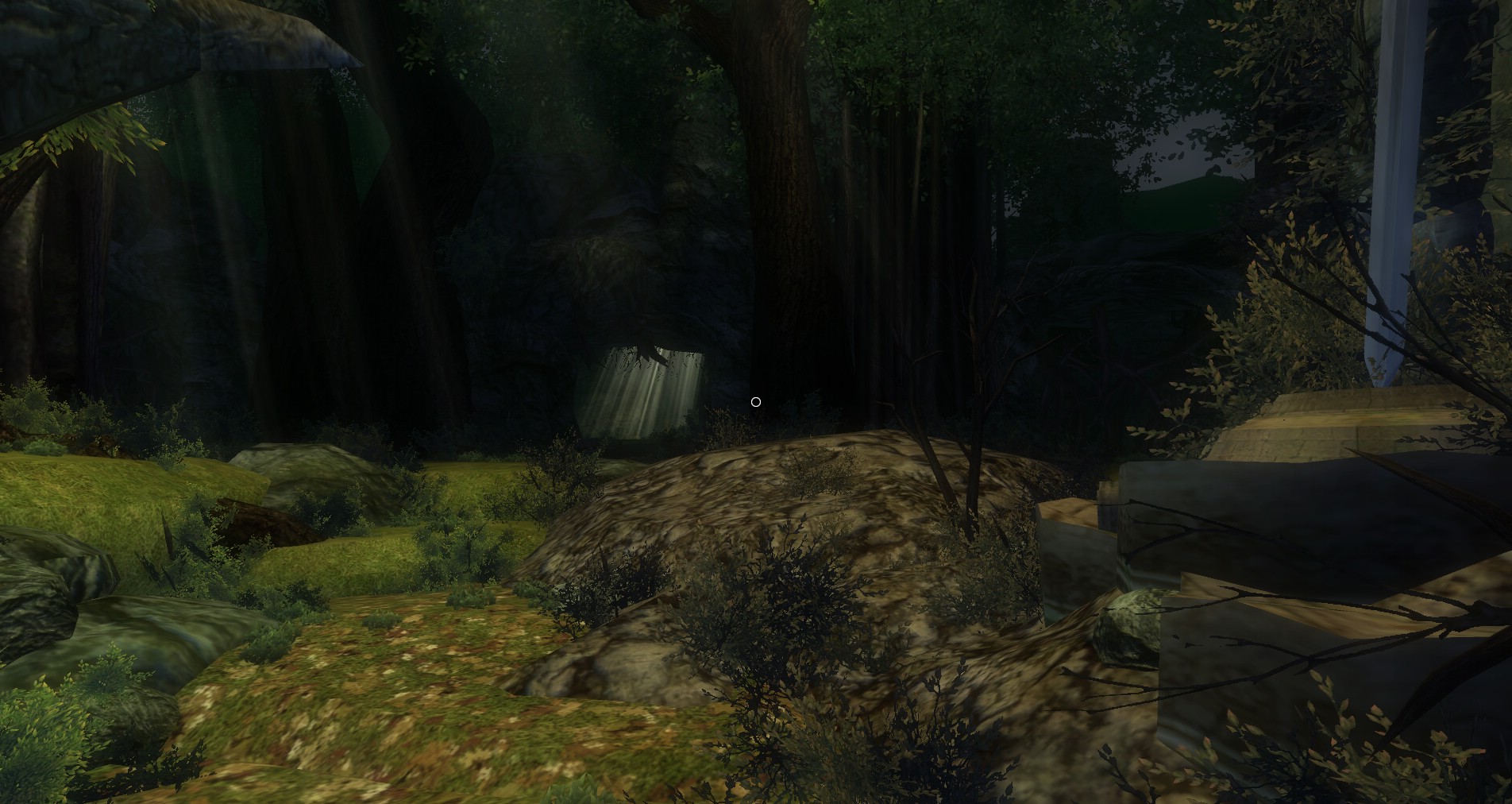 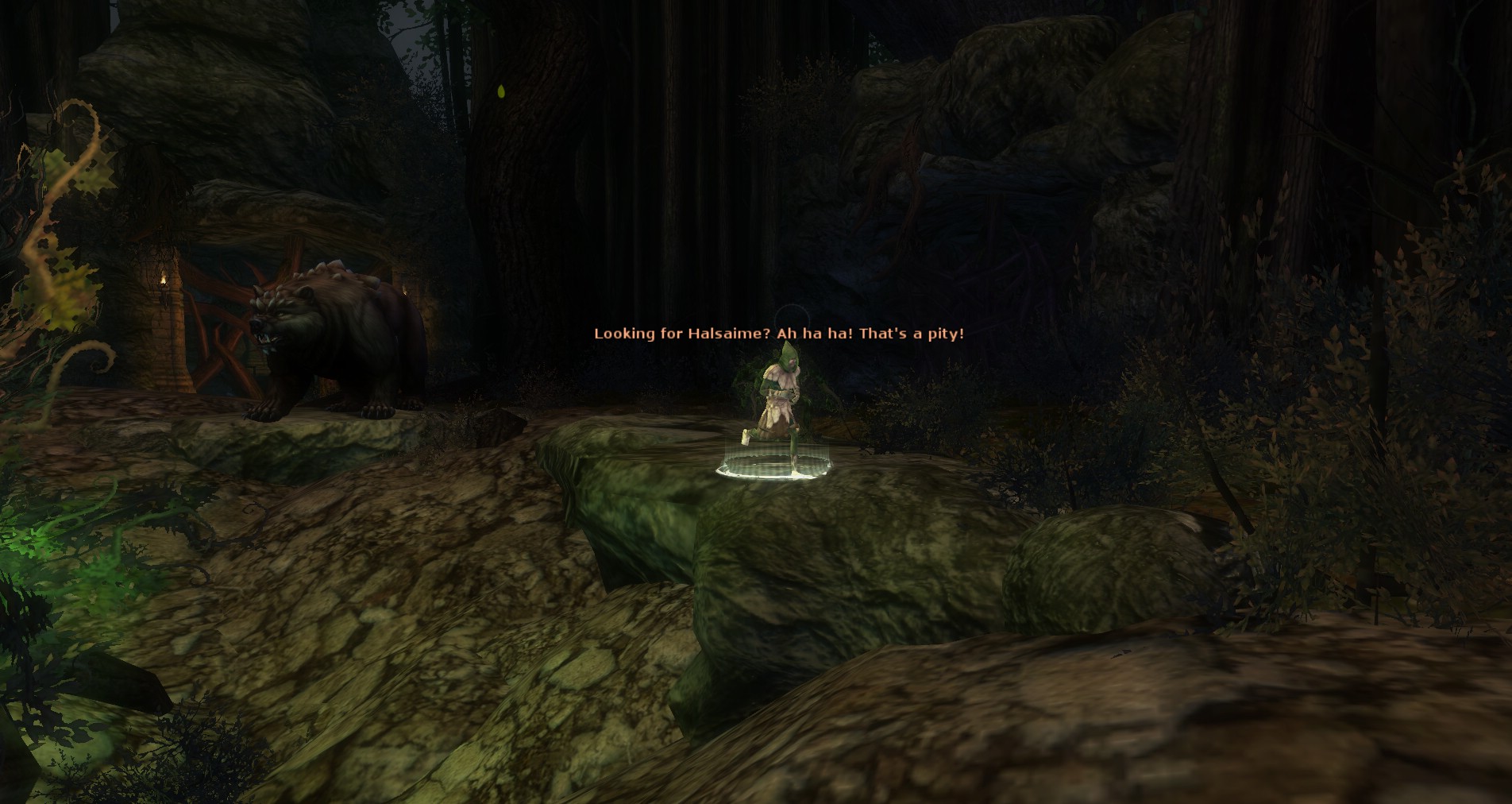 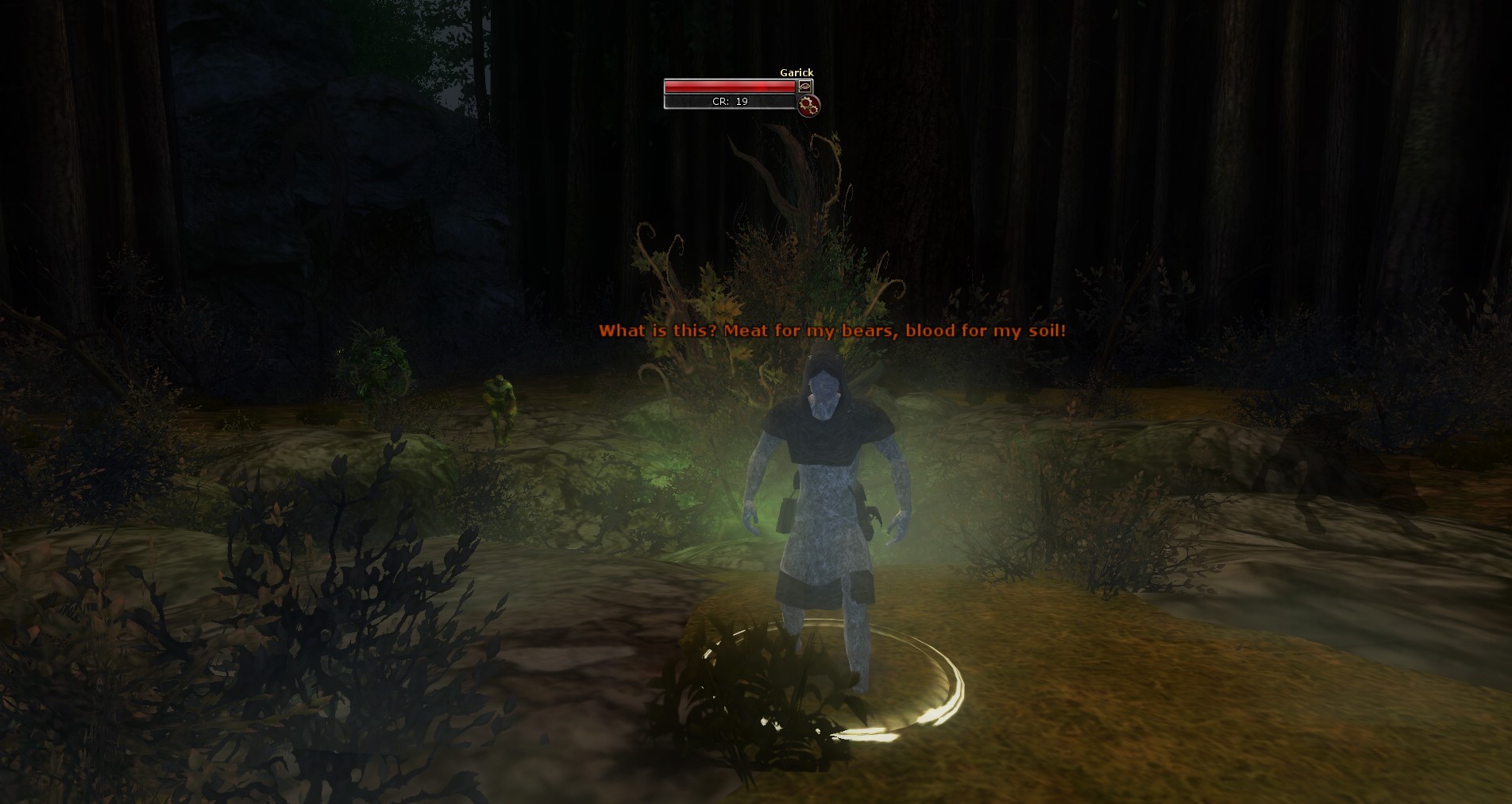 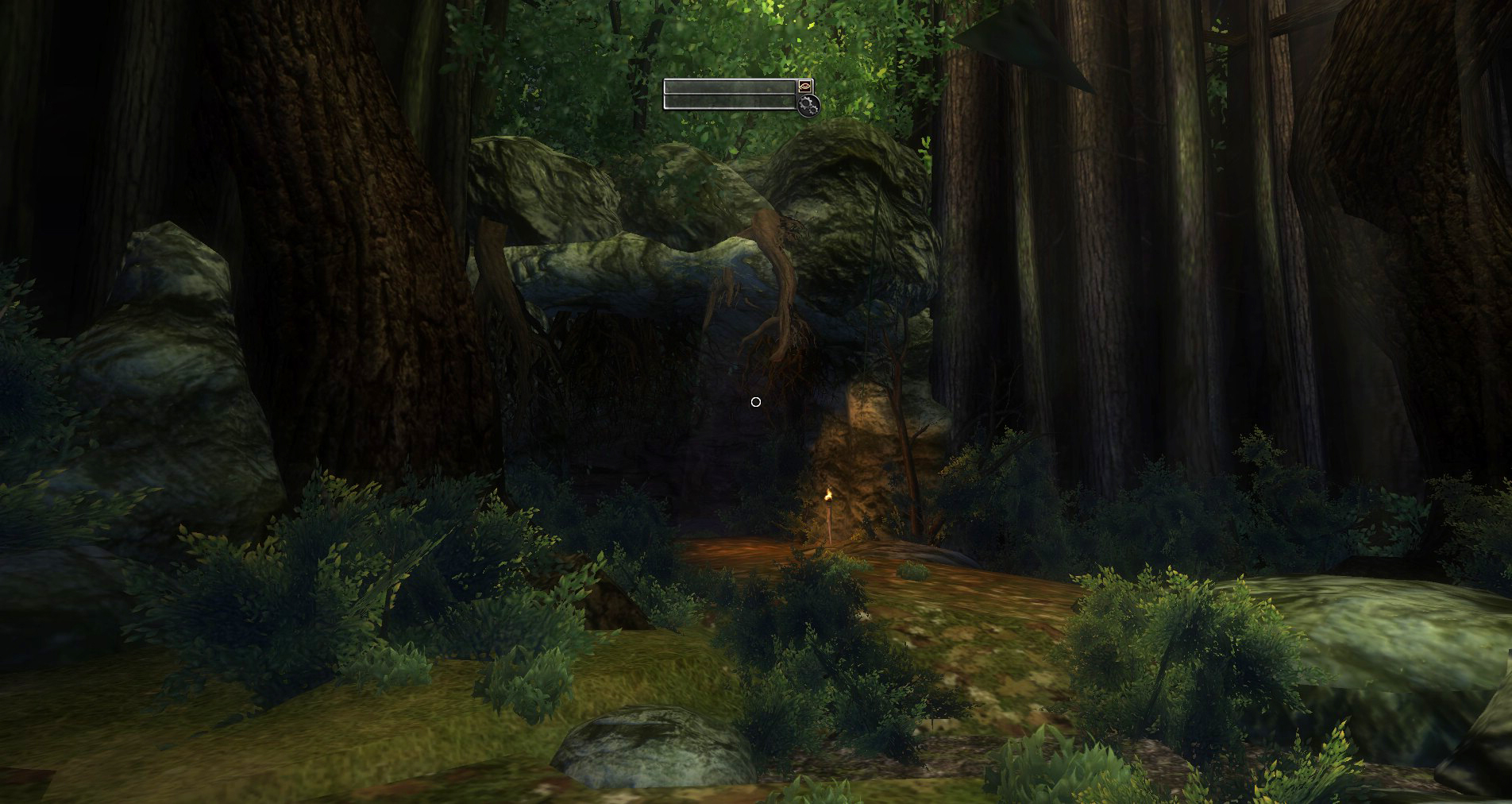 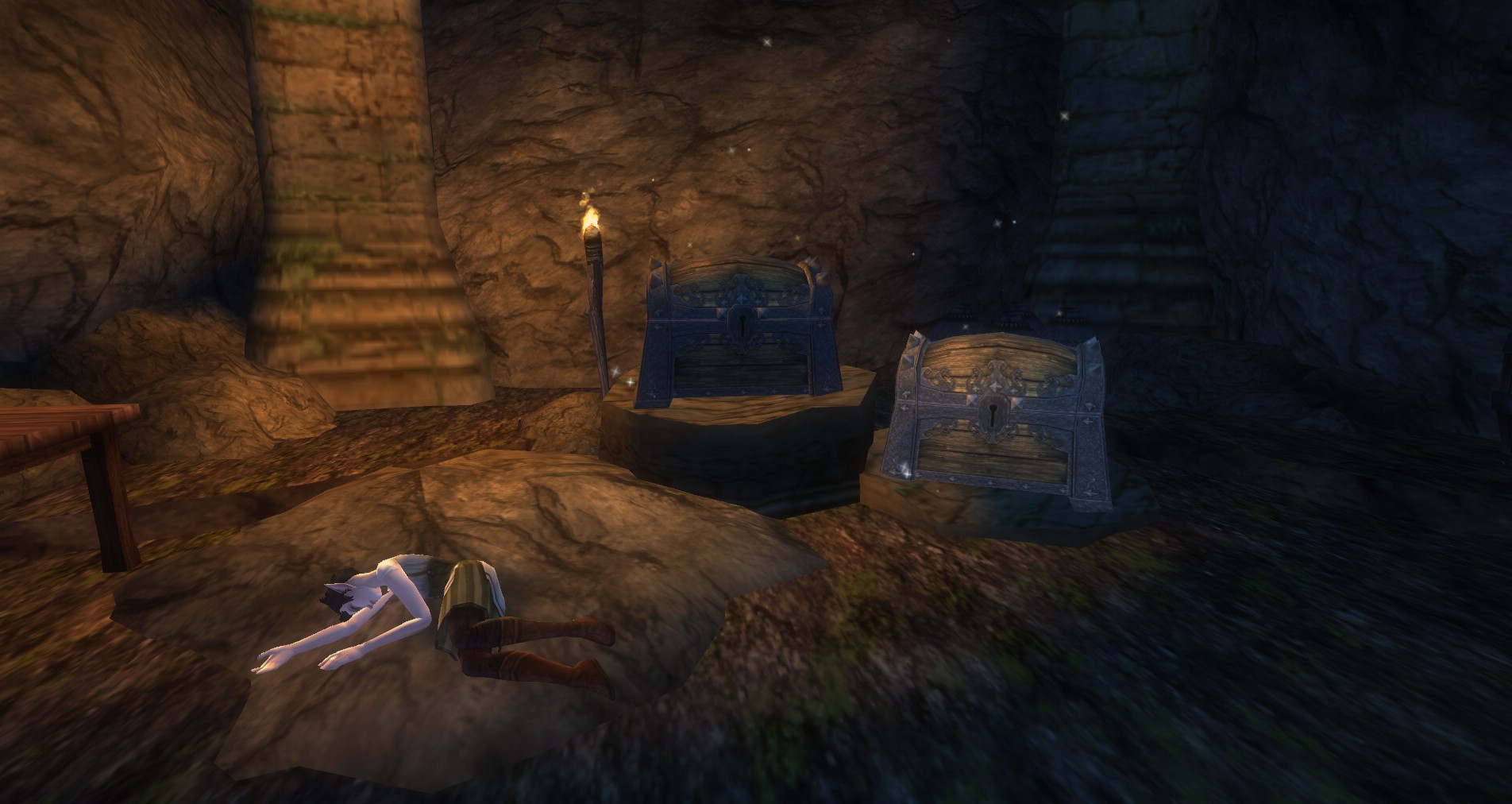 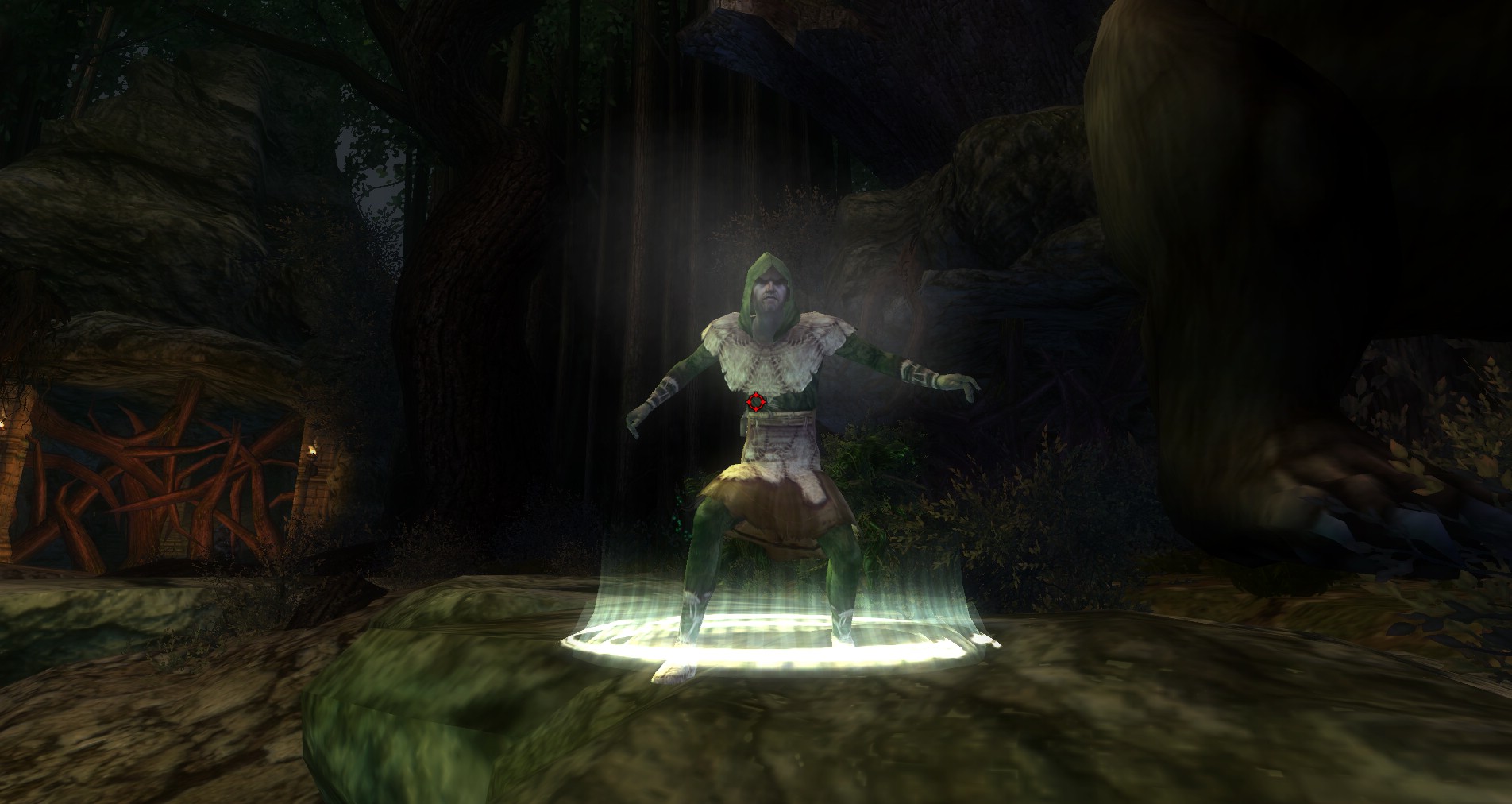 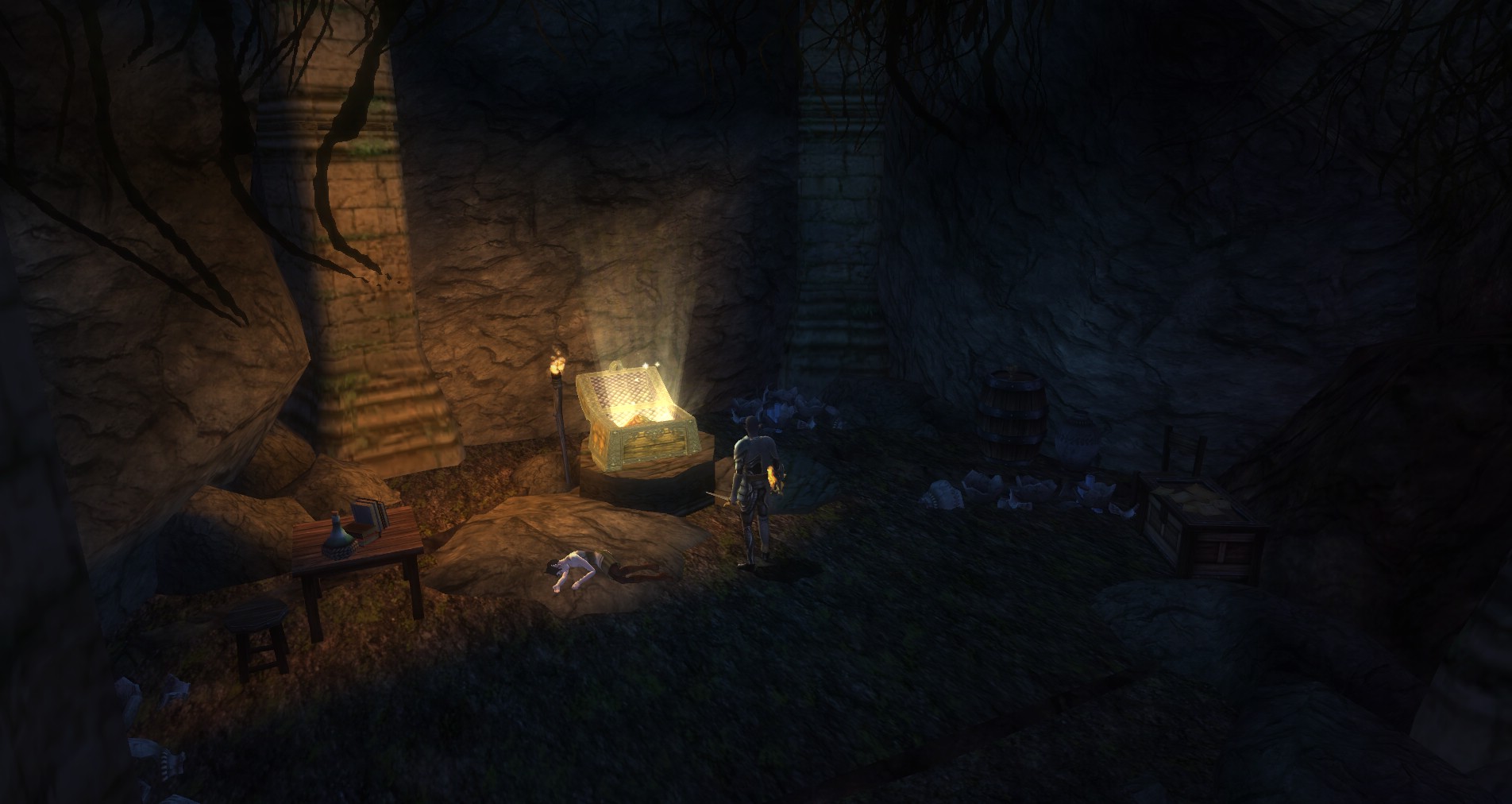 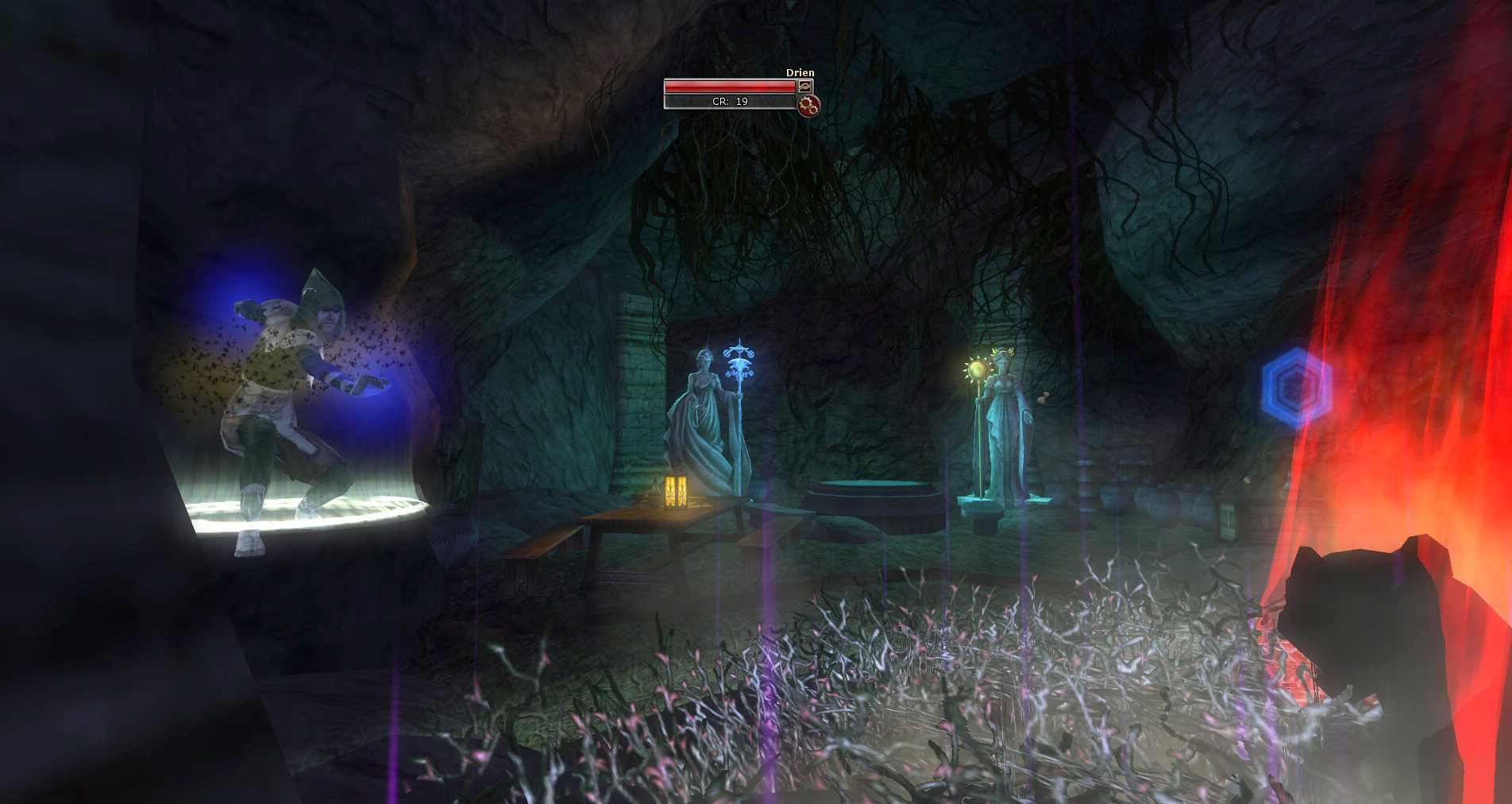 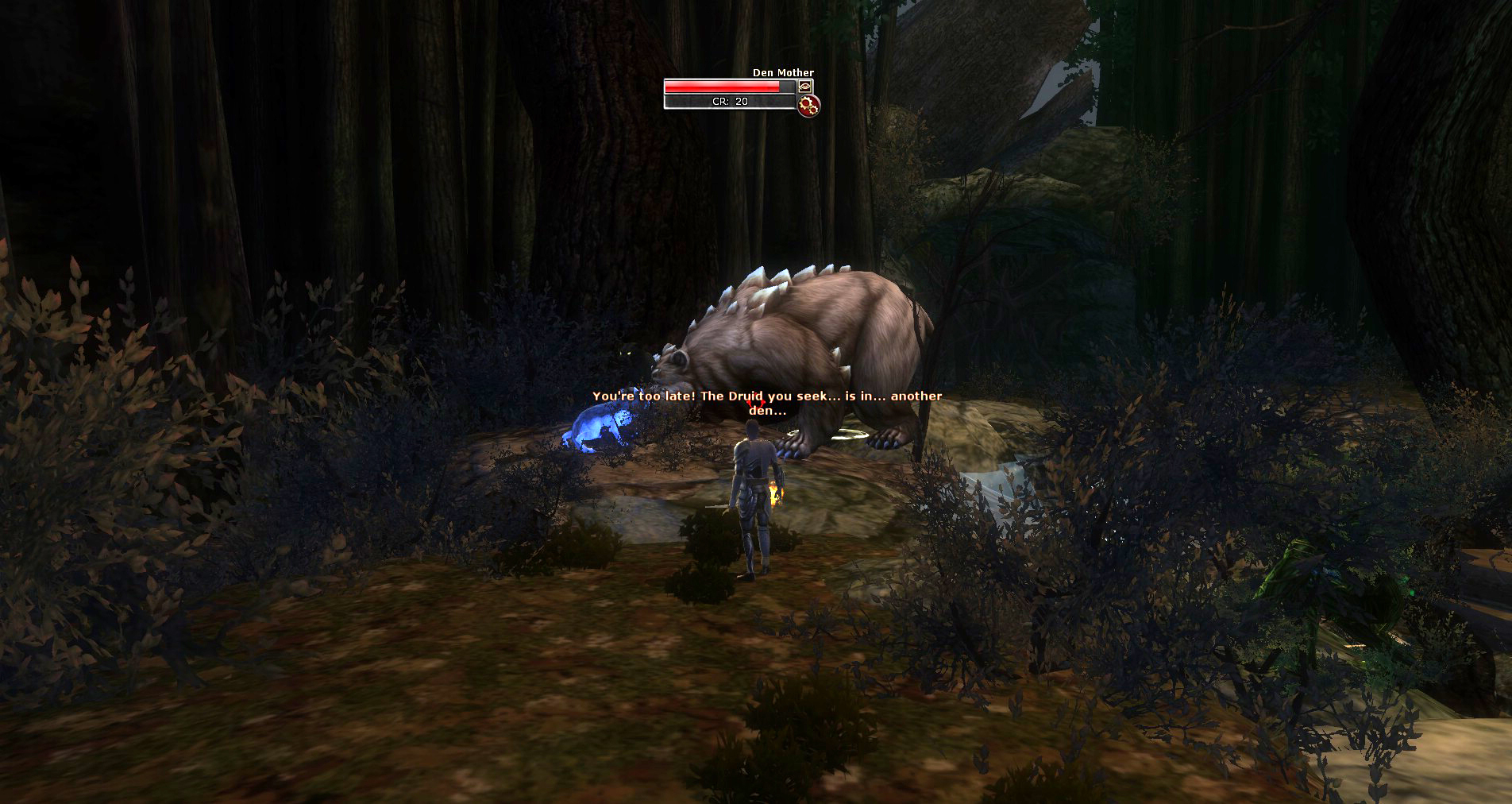 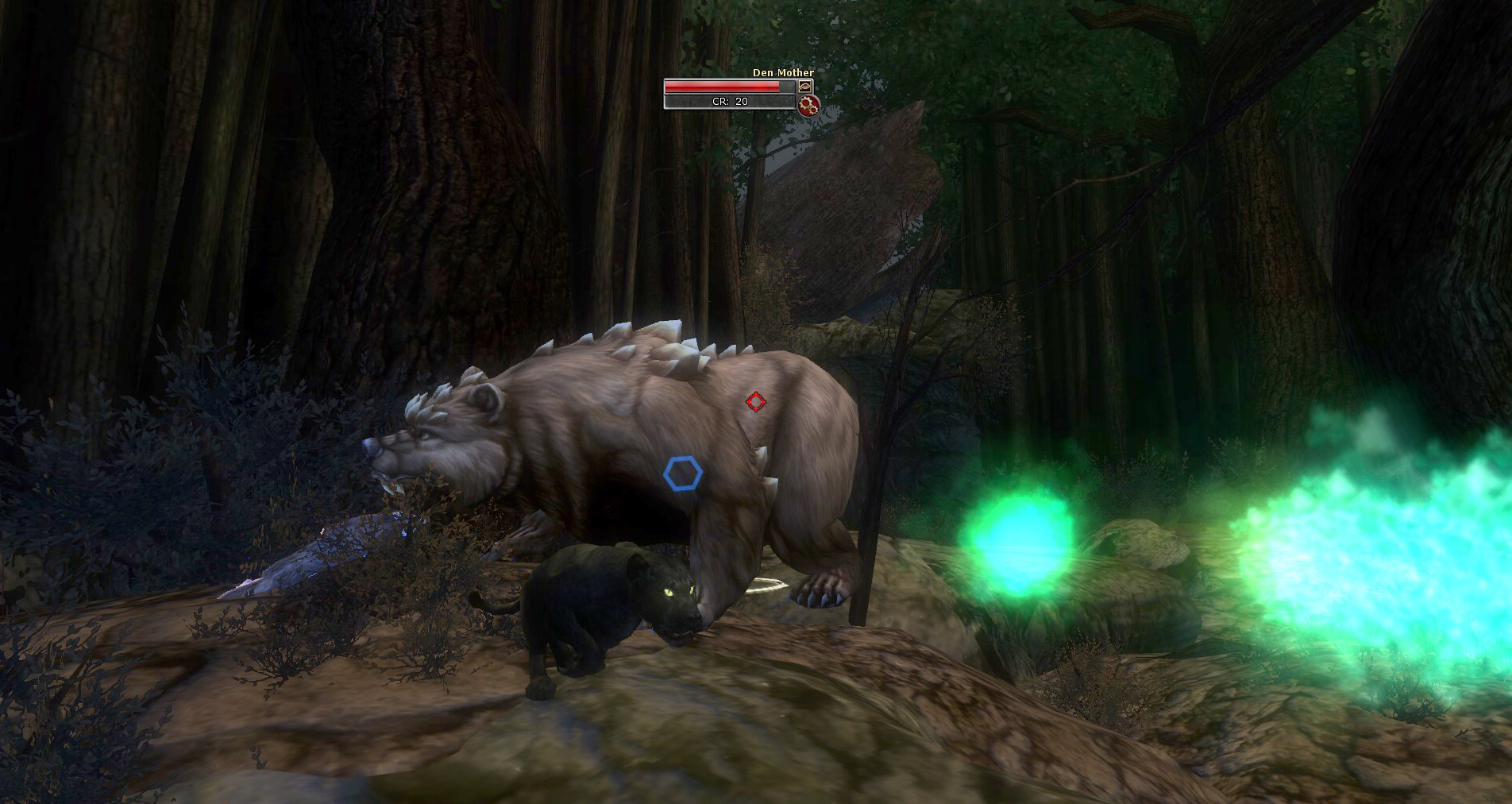 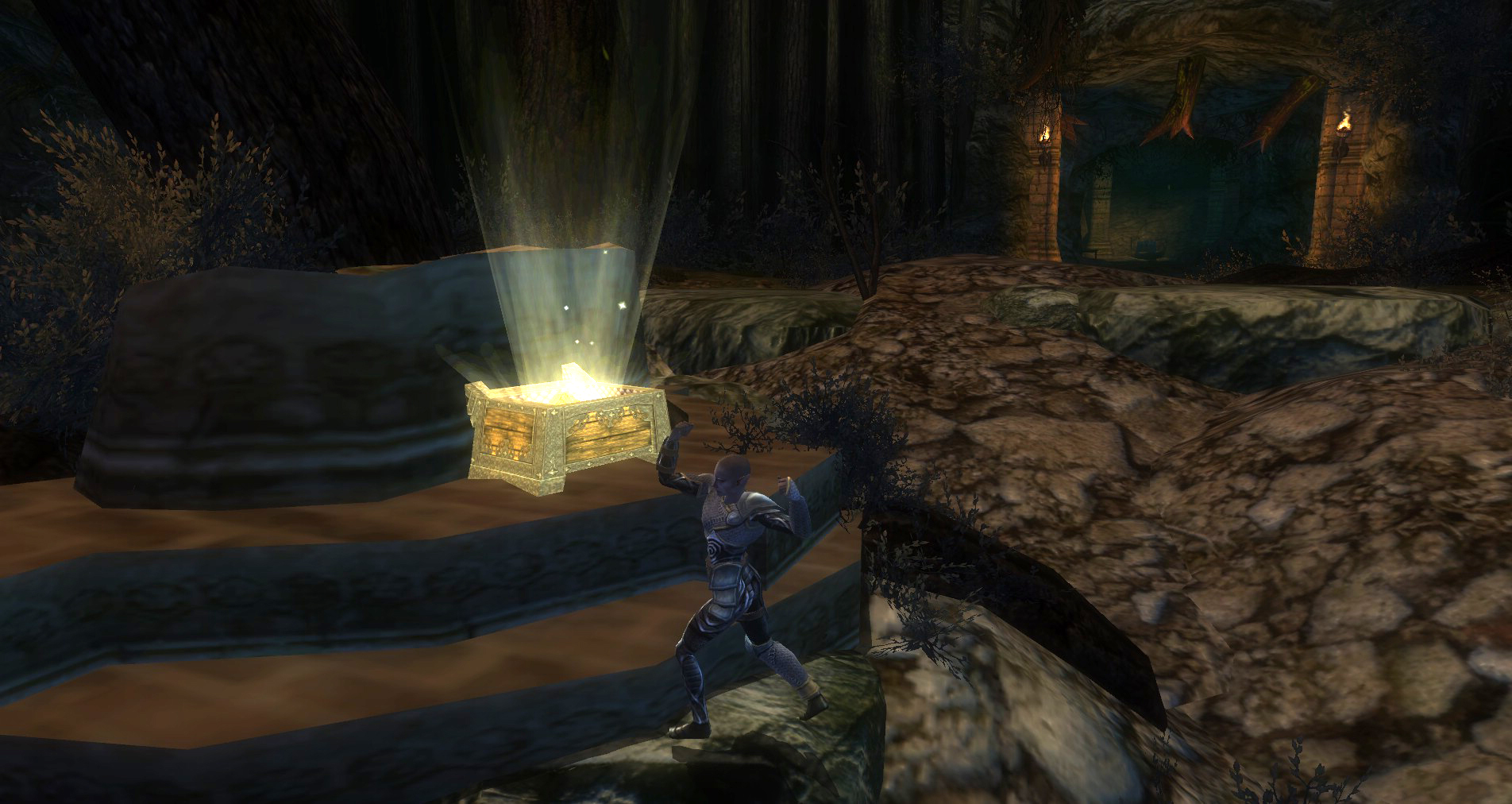 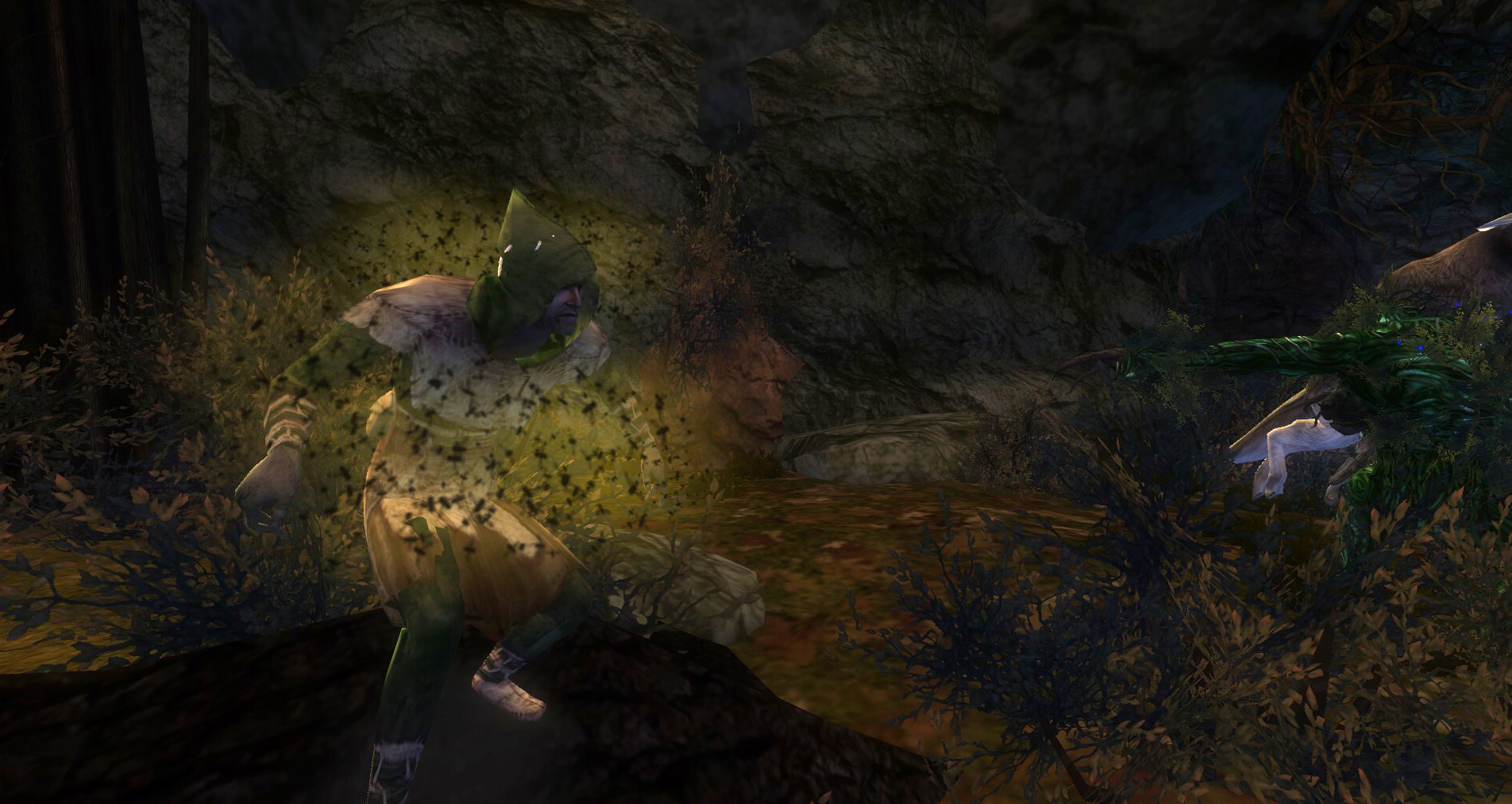 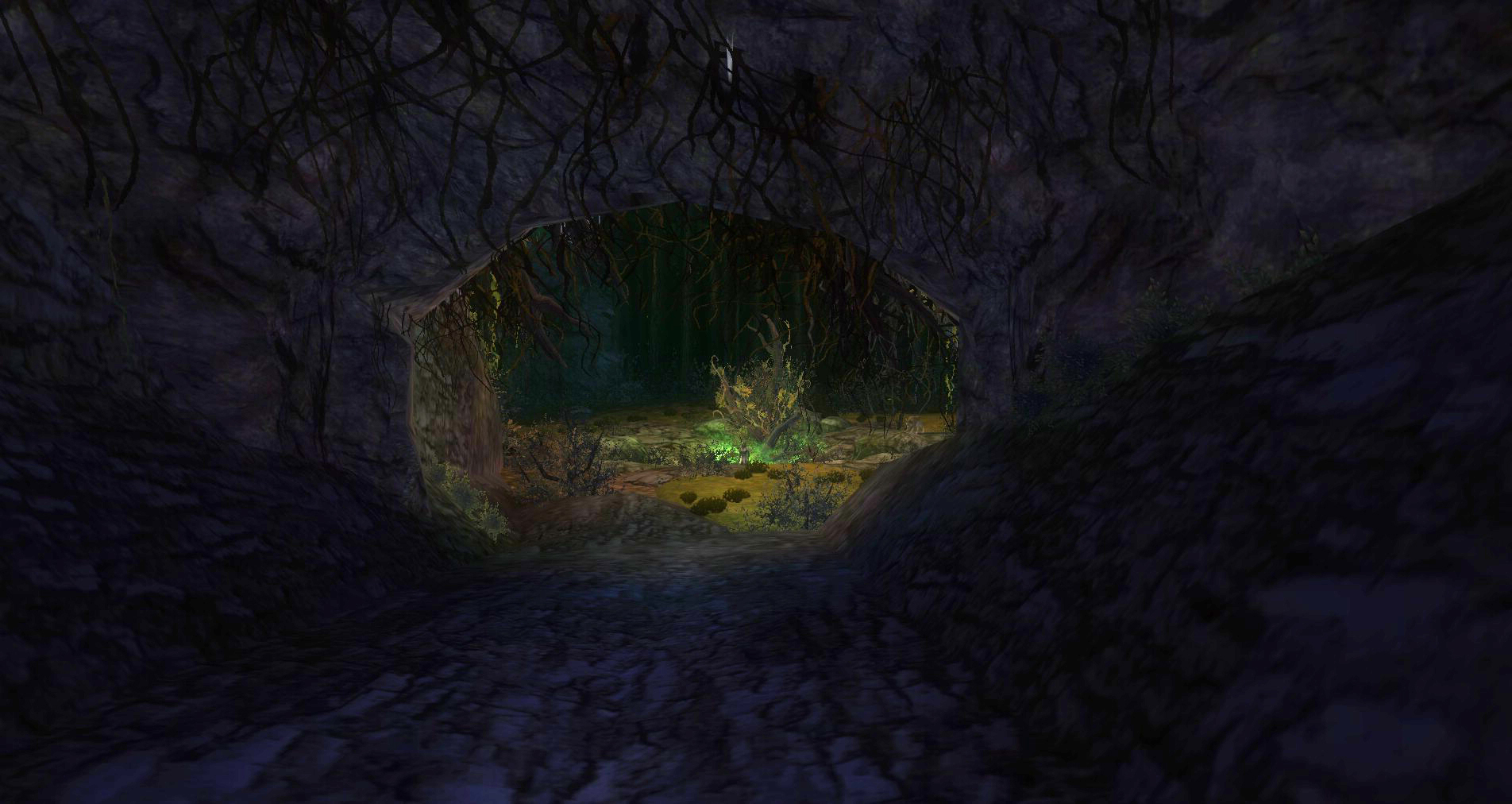 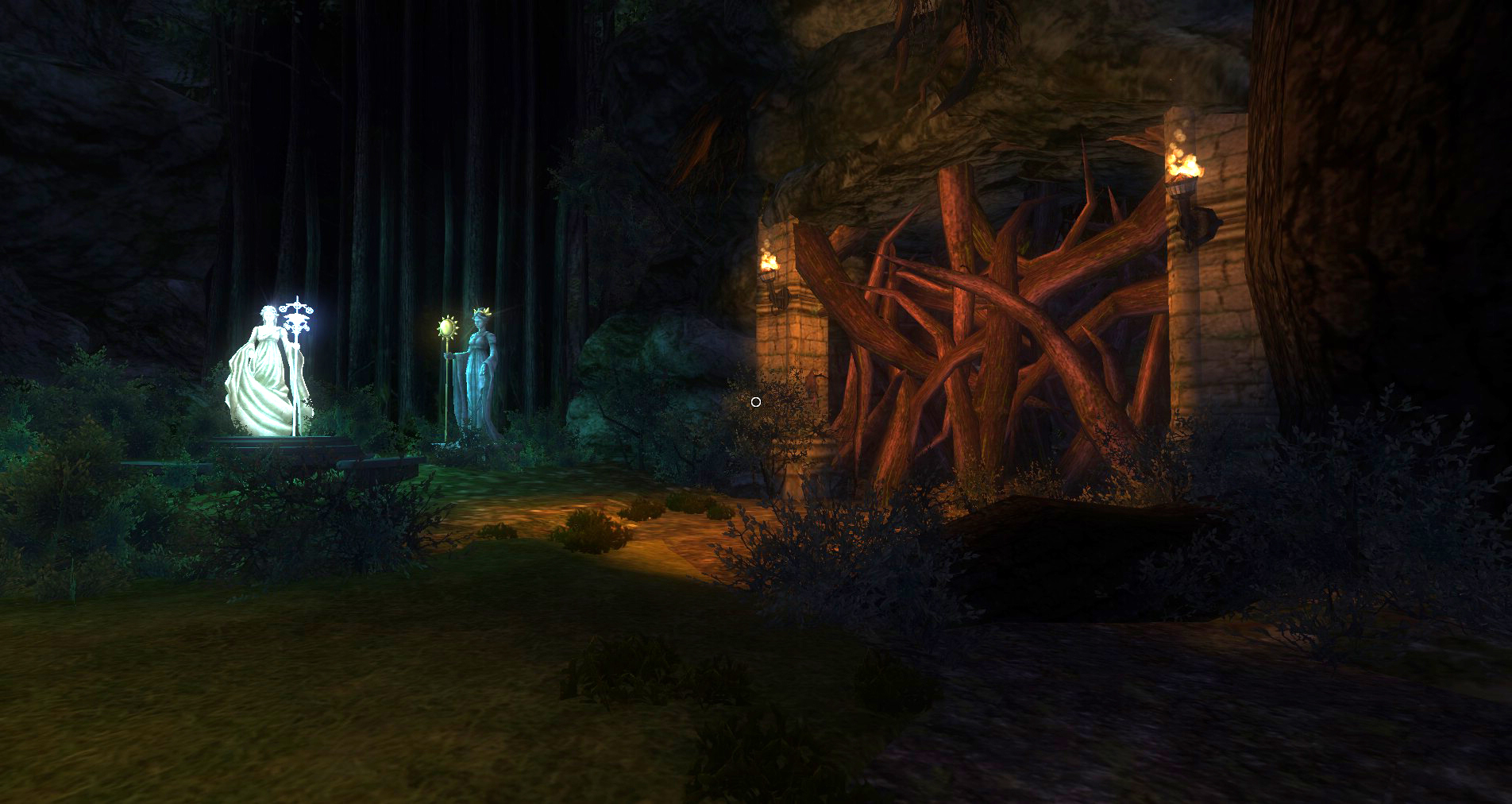 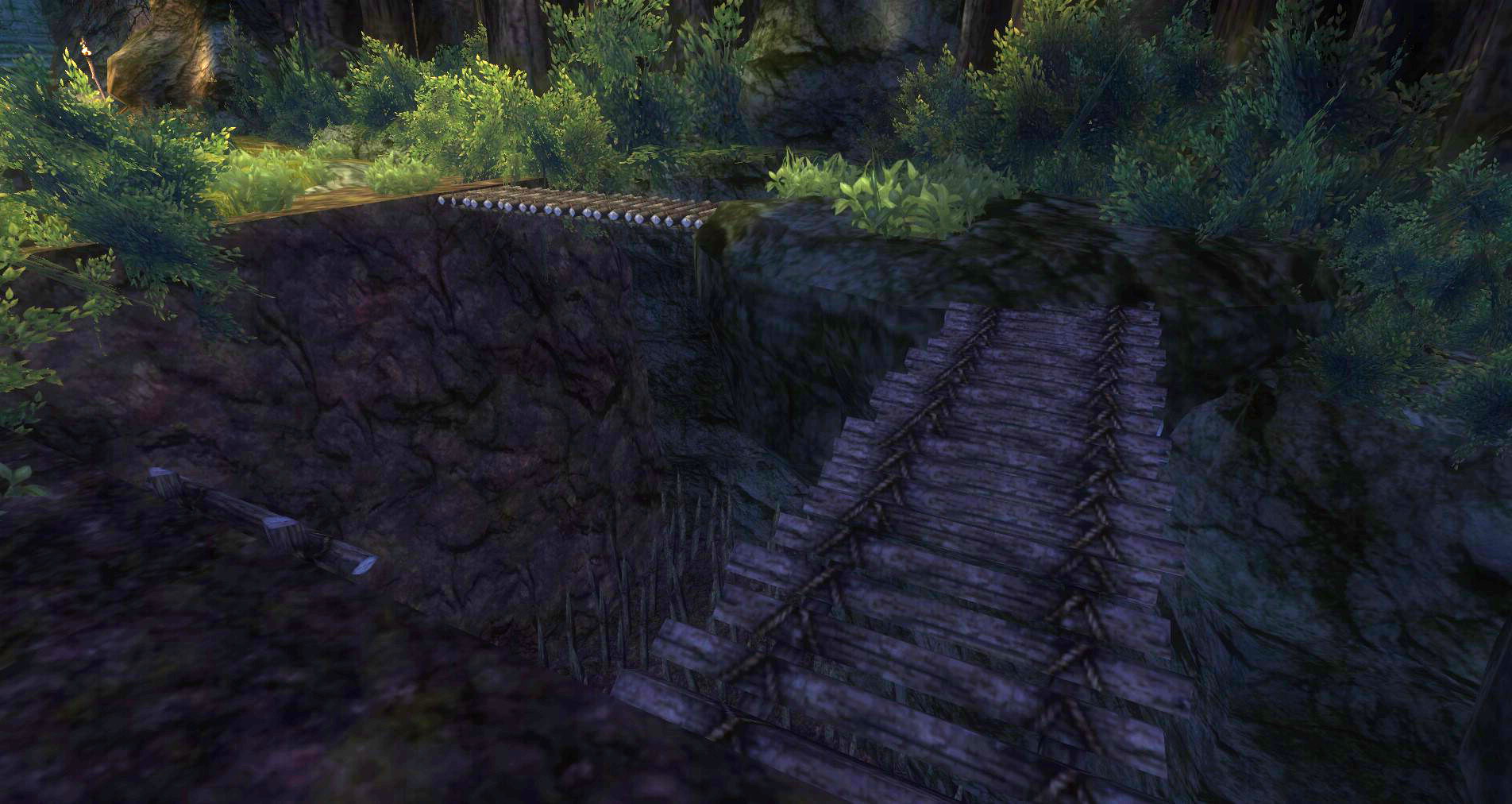 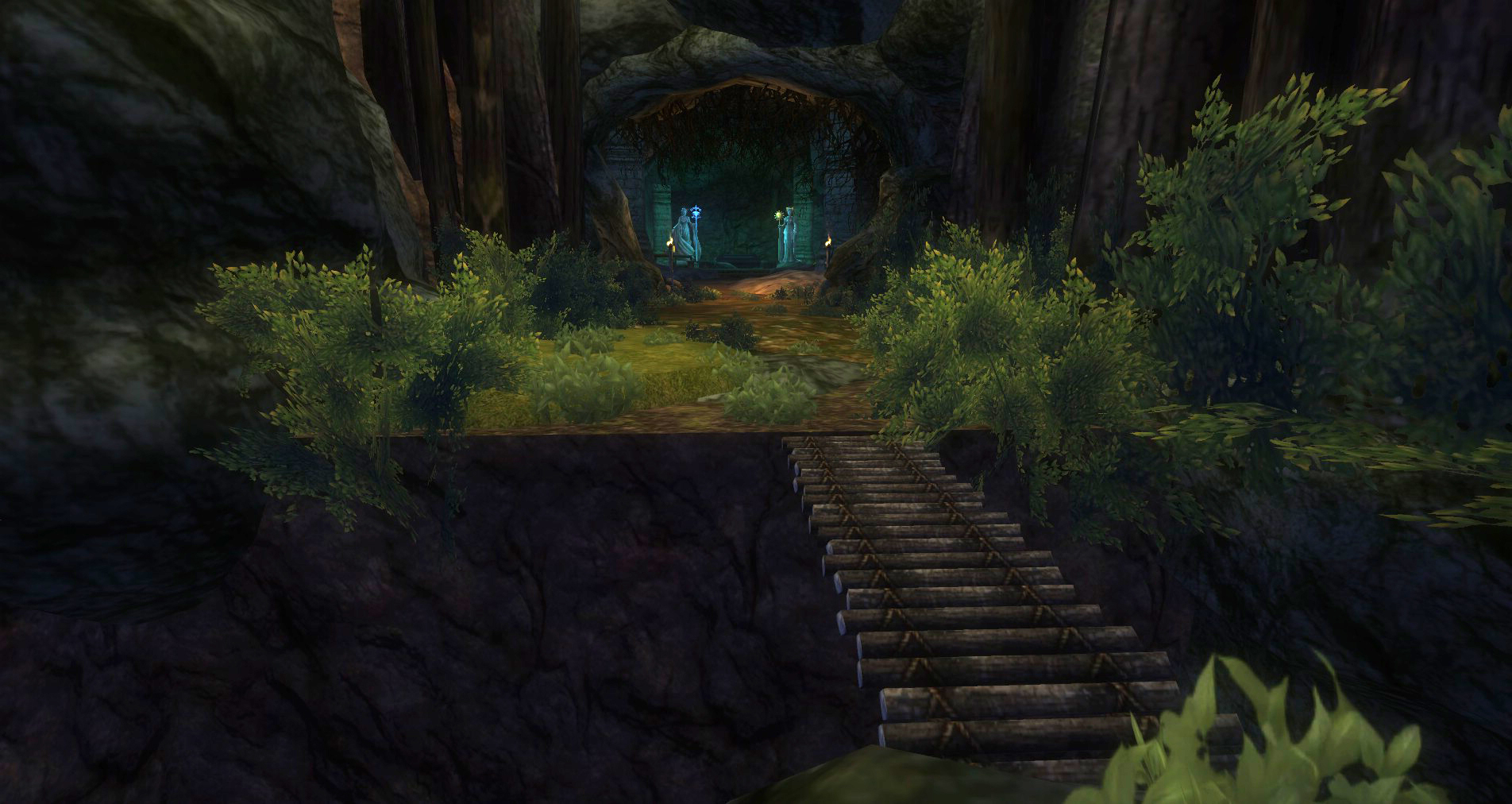 One you have zoned in call your hirelings or pets. Be careful about summoning anything that can teleport. Then can pop behind some of the barriers in this quests and get stuck. It’s best to stick with pets that do not teleport. I have found that Fire Elementals work quite well in these quests.

Once you are buffed up and read head into the tunnel smashing the vine walls you can along with the Vine Horrors that are in the area.

You will quickly come to the first of the corrupted druids you must kill in Thorn Hallow as you you’re your way to Halsaime. Here is Thomren the corrupted druid and his pet dire bear. Take out these mobs and investigate the central area.

There is a shrine here but you may want to save it. You will be heading off to the west and then will come back here. Then you will head off to the east and return so there will many opportunities to use this shrine.

Make sure to destroy any and all Red Musk Seed Pod’s that are spread around this quest for some easy bonus XP. There are nine in total that are spread throughout the quest. Several are stashed in some hard to see places so stay sharp.

You will notice that there are lots of root walls that you will not be able to get through. They are reinforced by the corrupted druidic magic. To be able to get through them you will first have to find the sources of corruption that give them their strength. Once they are destroyed you will come back through and investigate all these areas you cannot get to immediately.

If for some reason you cannot advance and feel like you should. You might be missing killing all of the mobs on the way. There are several areas that will not open unless all of the mobs are dead. The Vine Horrors are casters and will hang out in the corner or around something where you can’t see them. This is why I like to have at least one hireling or pet active so they can be ferreted out.

Head off to the west to of the central area. Make your way up the passages ignoring the caves you can’t enter for now for now. There will be Vine Horrors and Red Musk Zombies all over the place. Just plow through them and get to the far western side.

When you enter another large open grove area you will run into the second corrupted druid, Larres. Put him to rest in his grove here. Next, make sure you take out the source of corruption on the western side of Thorn Hallow, the Corruption Node.

Make sure to carefully scan the area for the Corrupted Seeds and then head back the way you came.

Now you will see that all of these caves that were closed off from you before have weakened and you can cut through the vines and roots. Inside some you will find angry mobs. Some you will find some seeds and a few other odds and ends.

Be careful as the caves may be trapped with cleverly concealed put traps. Have your rogue find and detect these pit traps before you go stumbling into the dark trapped cave blindly.

There is an area with a shrine in the north east corner. It is protected by one of the corrupted druids, Drien. If you happen to fall into or need to set off any of the spike pit traps there is a wooden walkway that will be revealed you can use to get by it. Just be careful not to fall in again! Use this shrine if you need it as you will not be back to this part of the quest. If you need it later, you can come back but it is a bit out of the way. There are some vases stashed away in here as well so smash them if you want the extra Ransack XP.

Keep on going until you get back to the center area where you were before.

Once you get back to the center head east to clear out the other side of the corrupted Thorn Hallow.

In the first section make sure check the corner of the area to get the seed then move on through. It is the same as the other side, you have to kill the corruption node before you can get into any of these caves.

Follow it to the end and you will run into another druid grove with a corrupt druid and his minions who are protecting a corruption node. Take out Garick and the node and make your way back through exploring all of the caves. Don’t forget to destroy the Corrupted Seeds here.

In the second cave that is revealed in the north east there is another driud, Drien as well as a shrine and another Corruption Seed. Make sure you go up here to take out the corrupted druid and his angry animal friends. This should also be the first shrine you us as by this point you may be getting a bit drained.

Clear out the other caves and make your way back to the middle of Thorn Hallow once more. Clear it all and then head up the north passage when ready.

In the glade to the north of the central area is the last druid, Flinbeck. He is can be nasty himself but he also has a named dire bear called Den Mother. Watch out she is mean. Make sure to take out the corrupted druid first but the Den Mother should be a close second. If you can pull the Den Mother off to the side away from everyone else then take out Flinbeck. Once he is dead then kill the Den Mother. Then all you need to do is a little cleanup of anything else that is left.

There is a third corruption node here, take it down and a chest will appear. Loot up and then head to the cave in the northern part of North Thorn Hallow.

Before you talk to the druid on the floor make sure you smash the vases here to get full Ransack XP. Also, if you finished the Find and Destroy Corrupted Seeds optional you will see there is a second chest here for your looting pleasure.

When you are ready to finish this up talk to the druid. If you are missing seeds make sure to head back into Thorn Hollow to get the remaining Red Musk Seed Pods before you complete.

Speaking to the surviving druid, Carm Woodrusk, you learn that Hailsaime has gone deep into the Kings Forest to escape you.