There are some disturbing recent reports of Disciples of Shar moving around and through the Kings Forest. You are asked by Abella Toth to venture into the forest near the Storm Horns Foothills to search for these Disciples of Shar and capture them to bring them in for questioning.

Can you find the Disciples of Shar and discover why they have appeared in the area around Eveningstar? What will you learn of their activities and how are they involved with the Whelon prison? 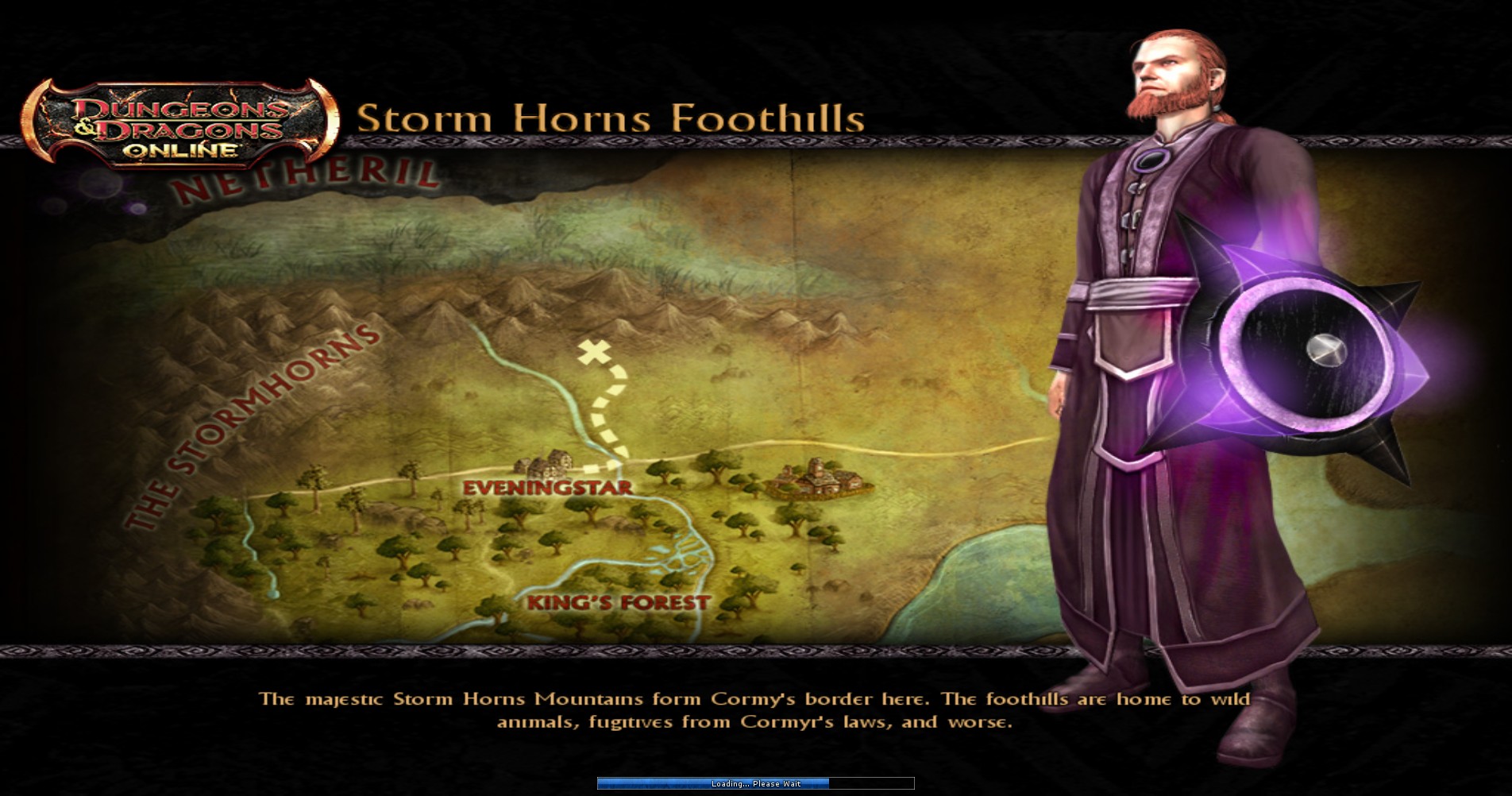 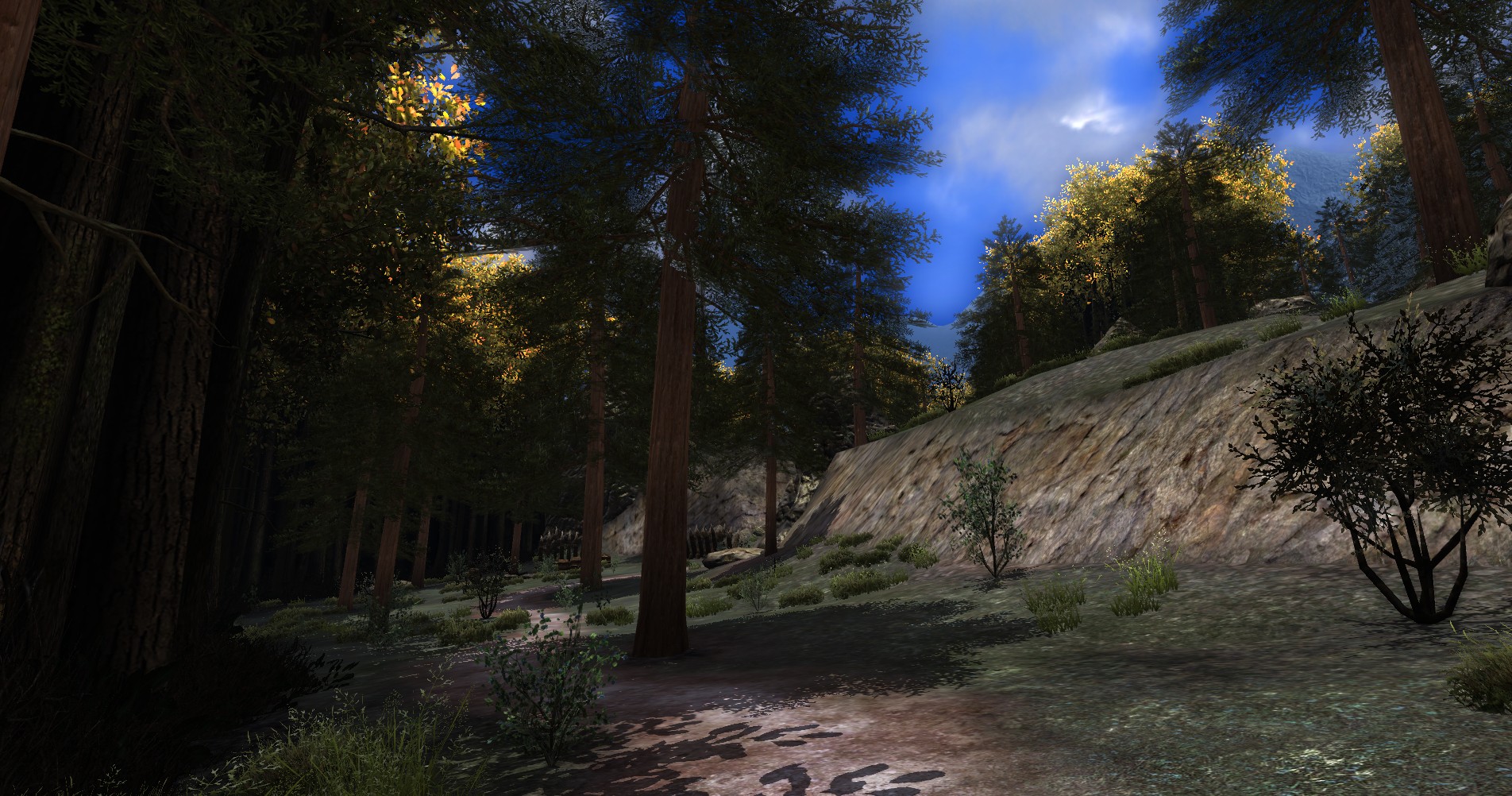 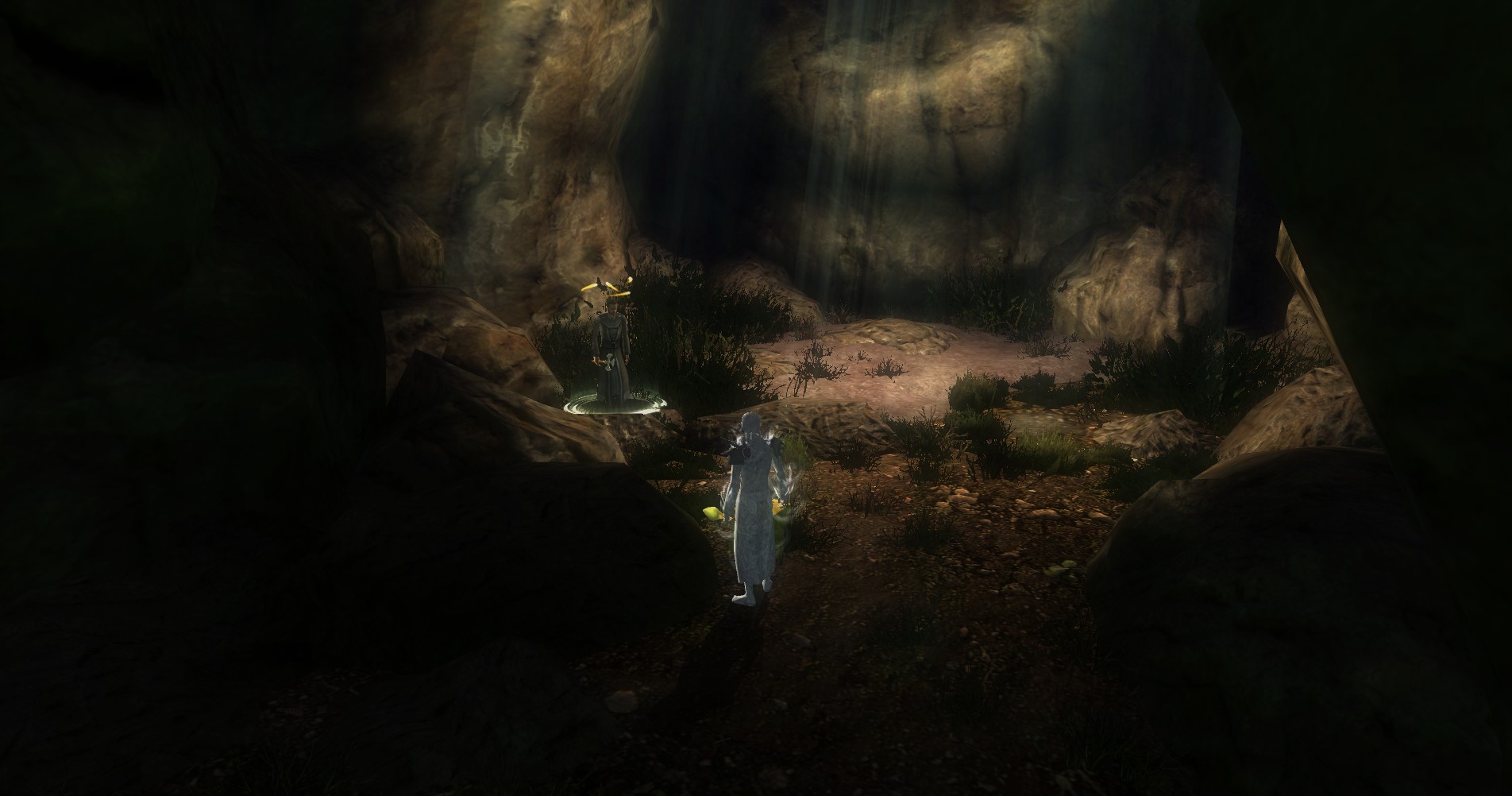 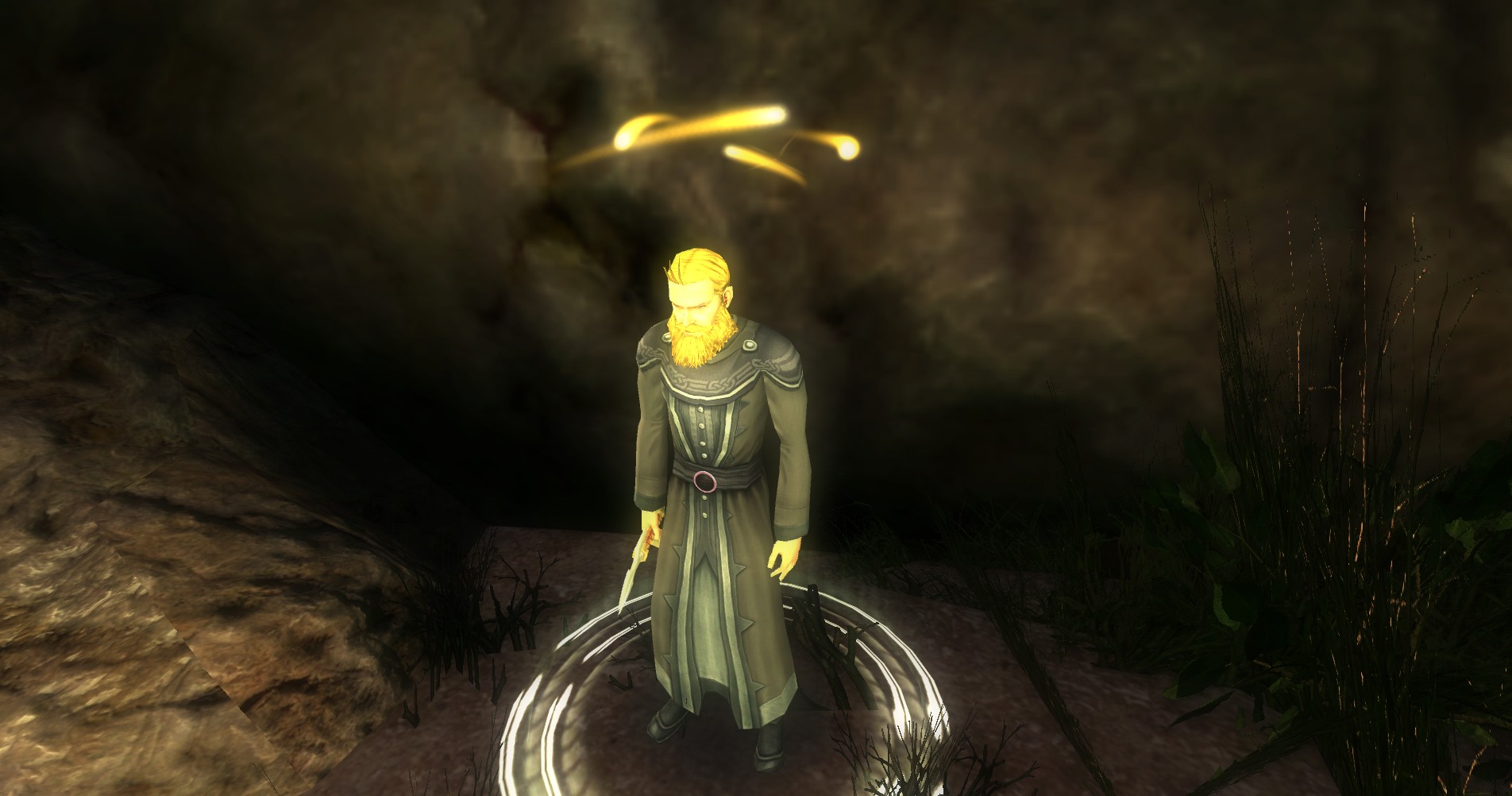 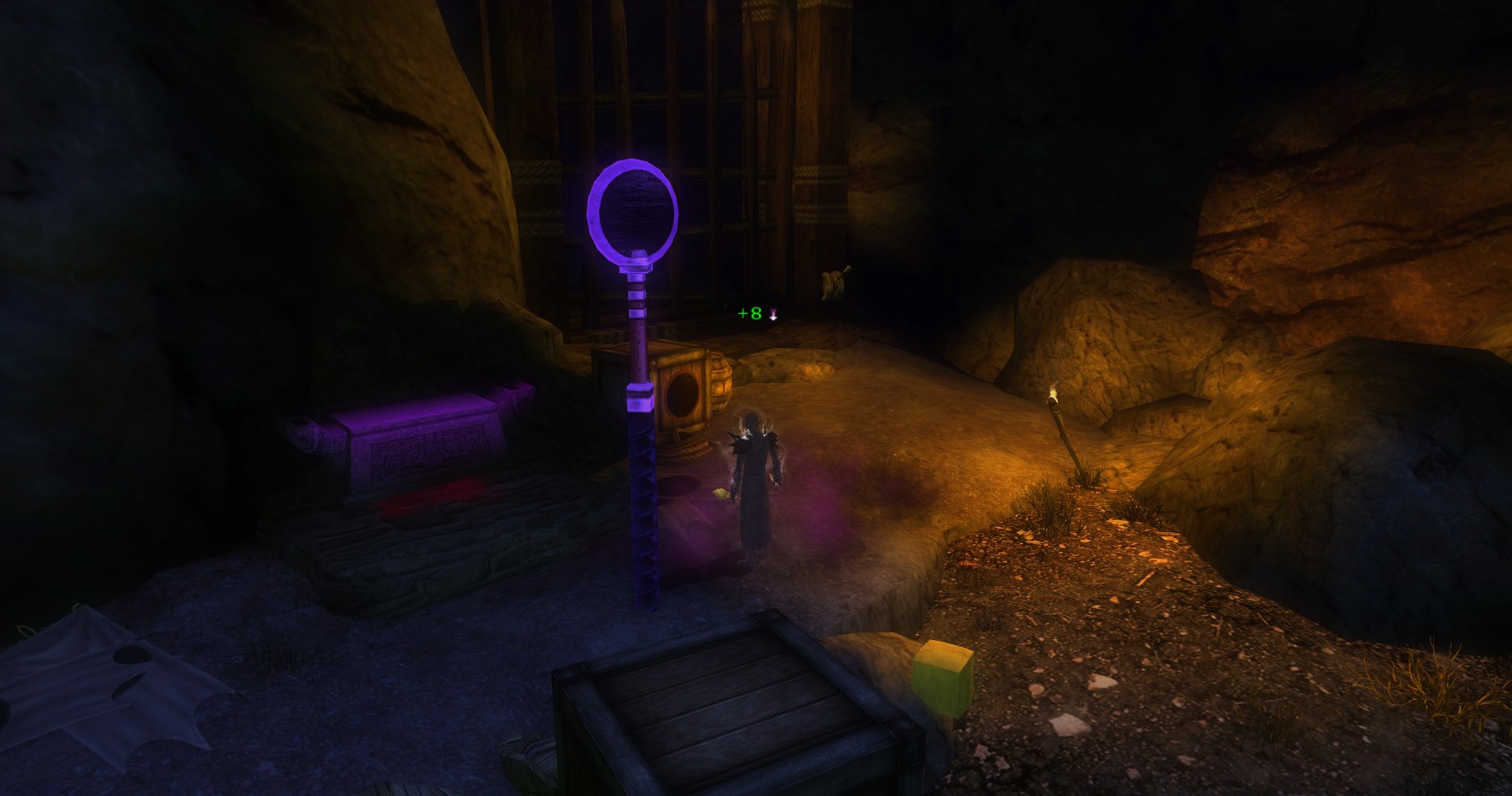 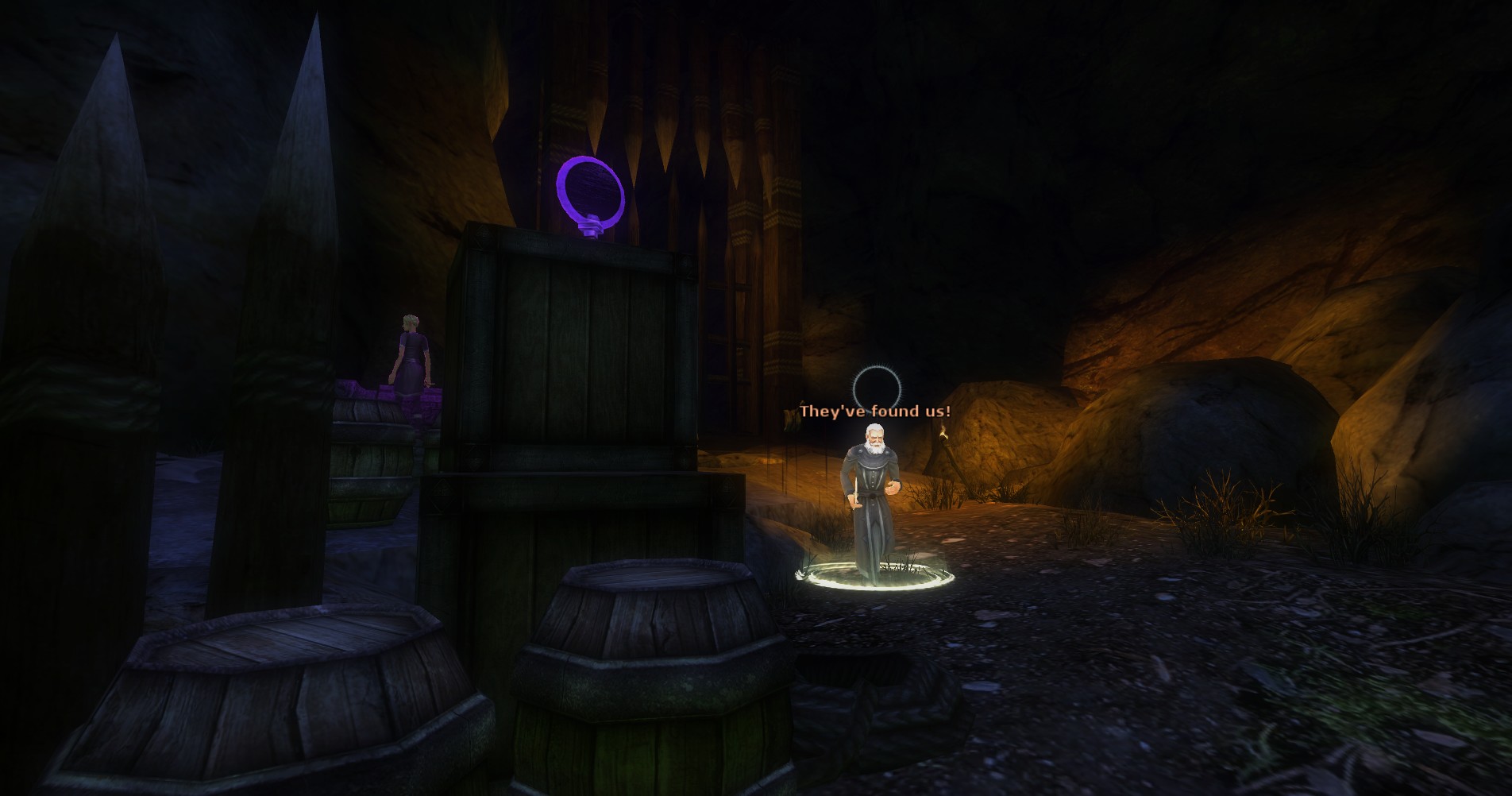 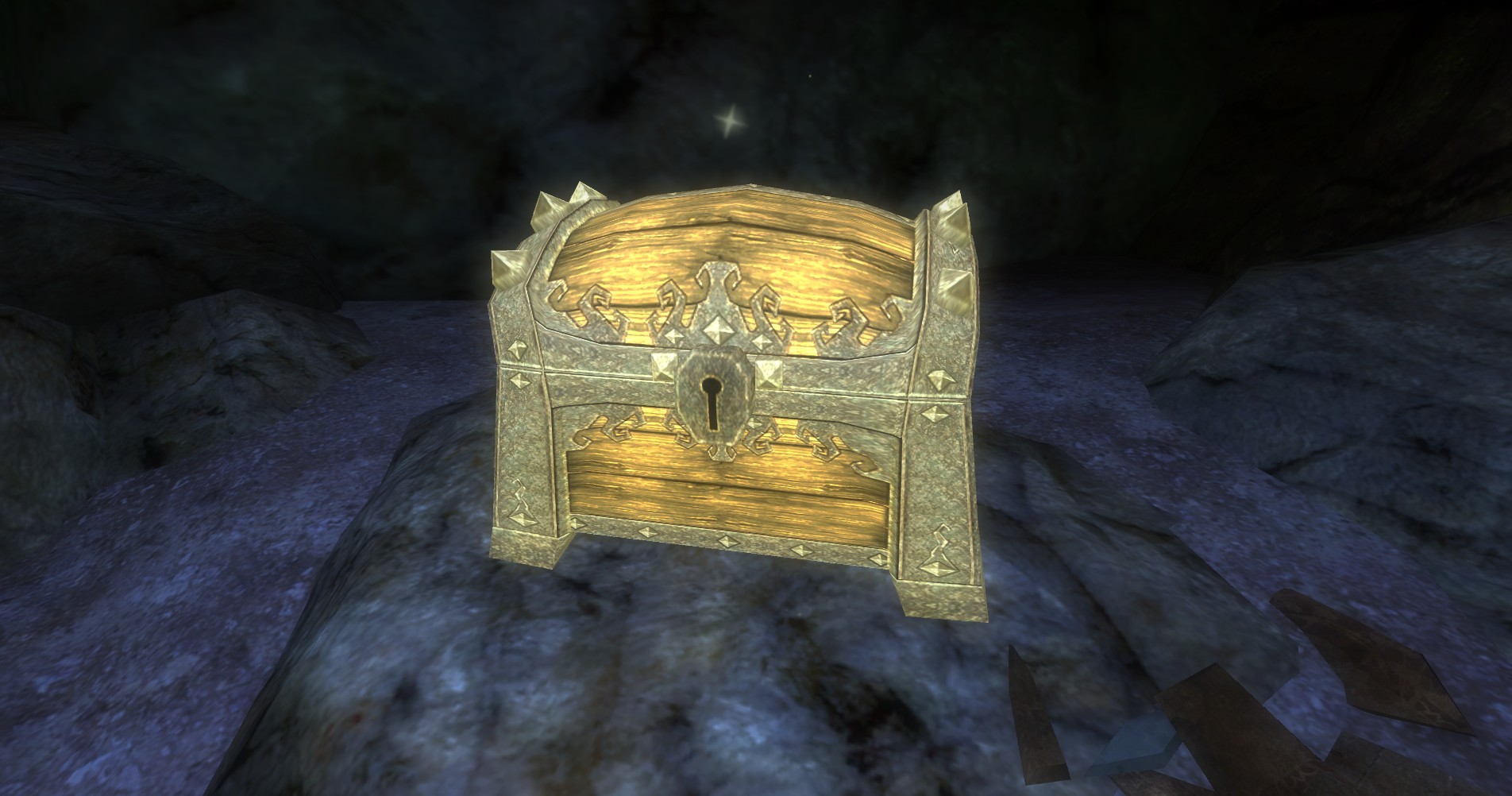 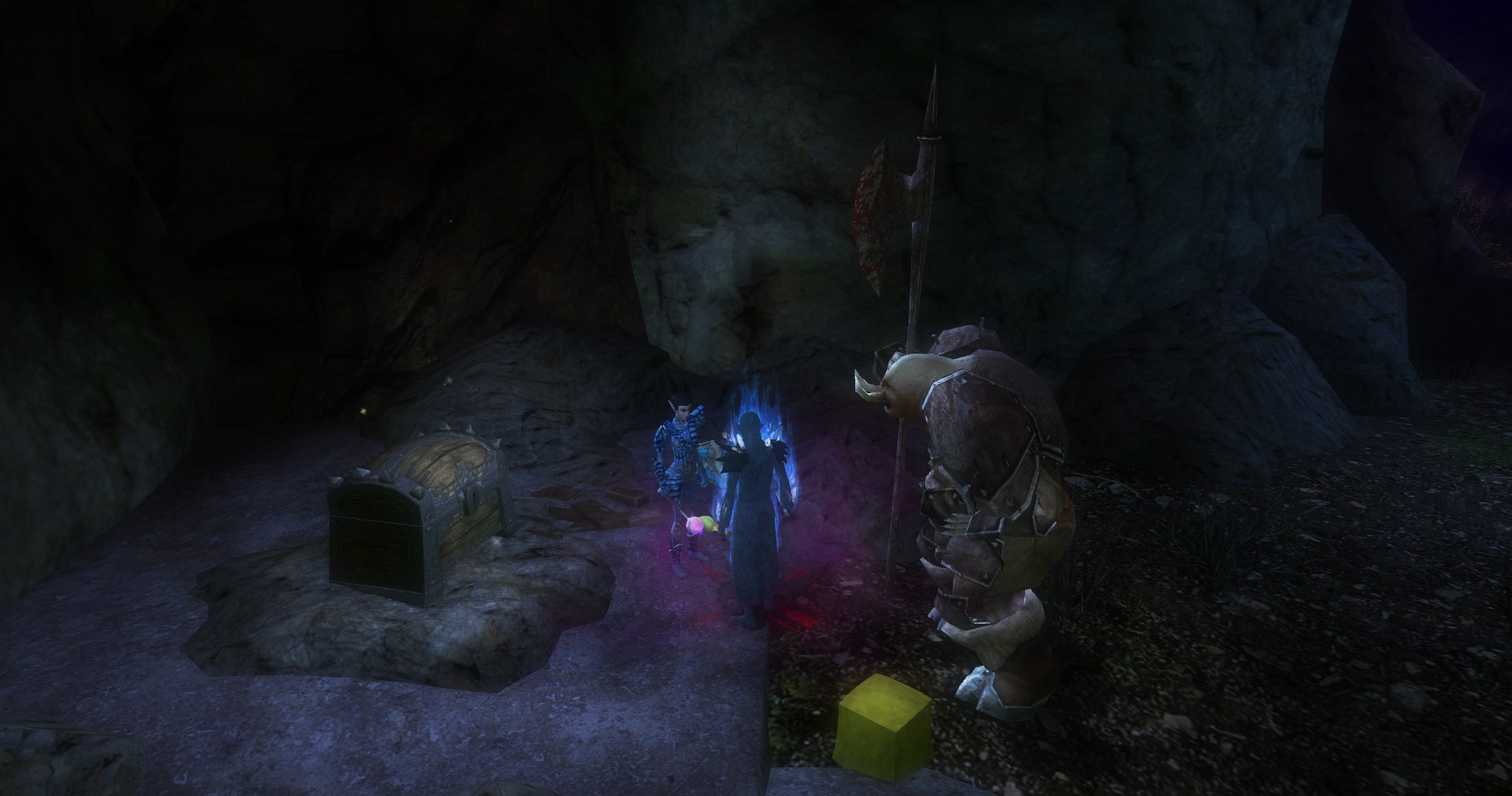 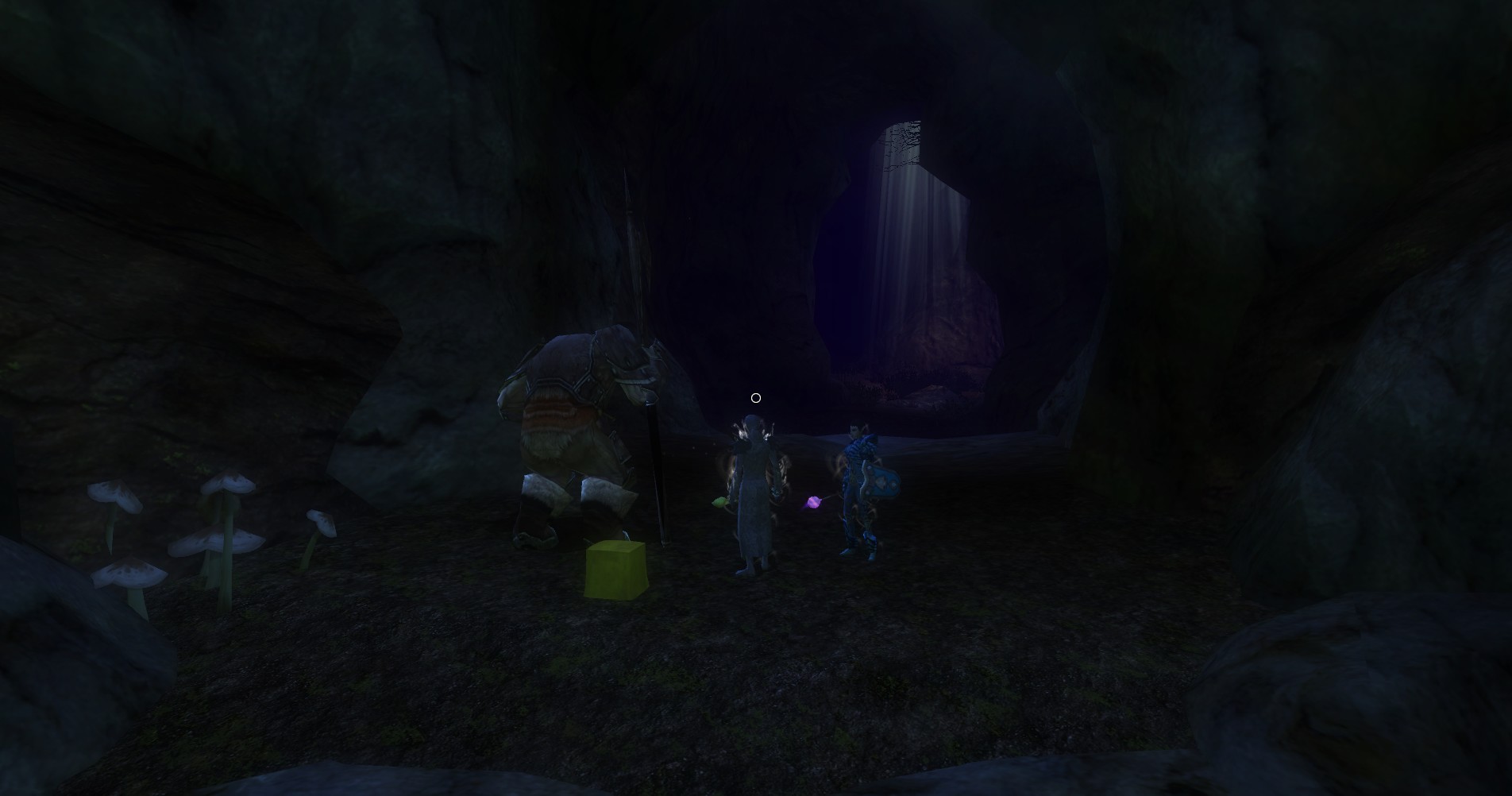 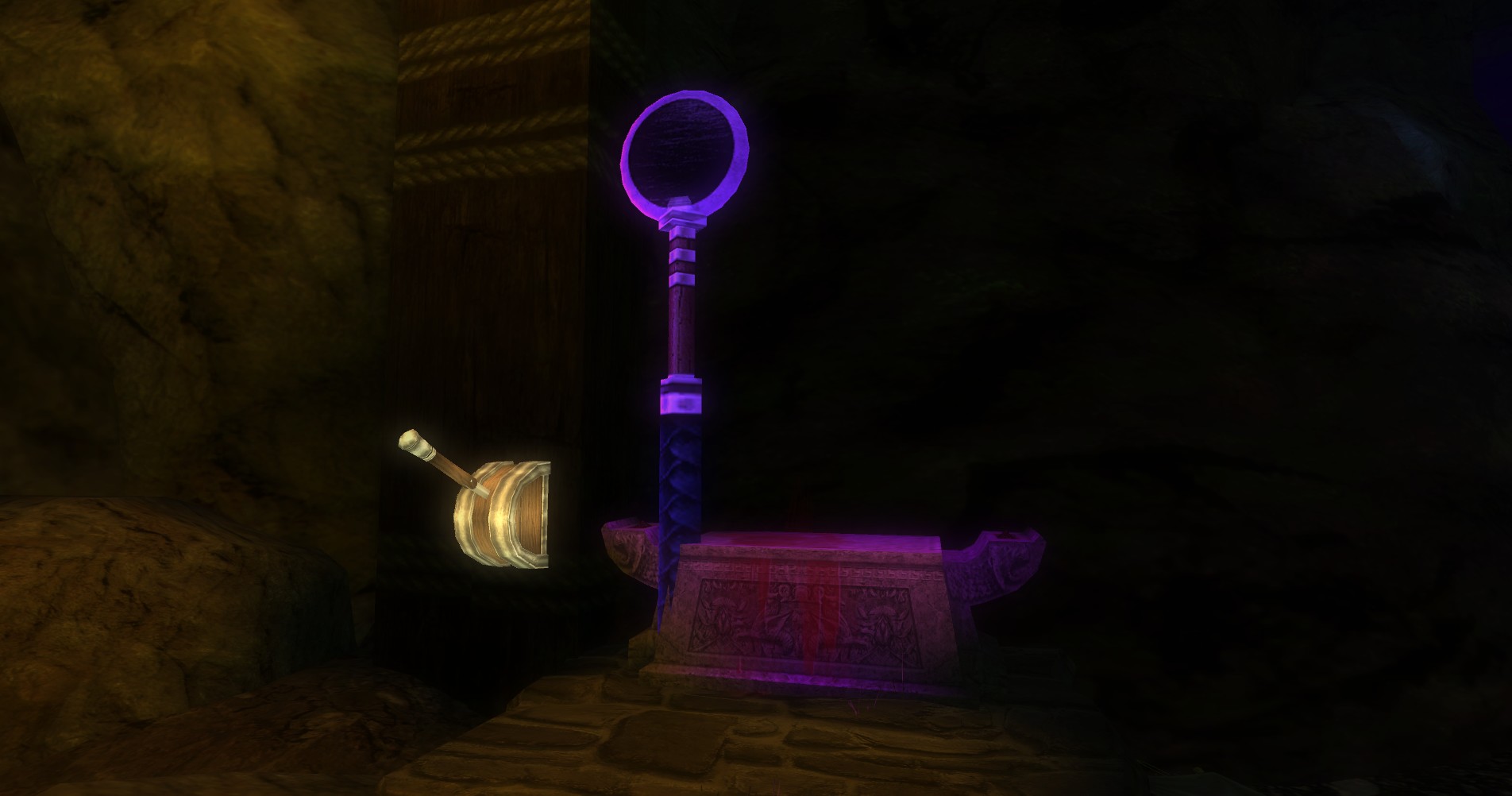 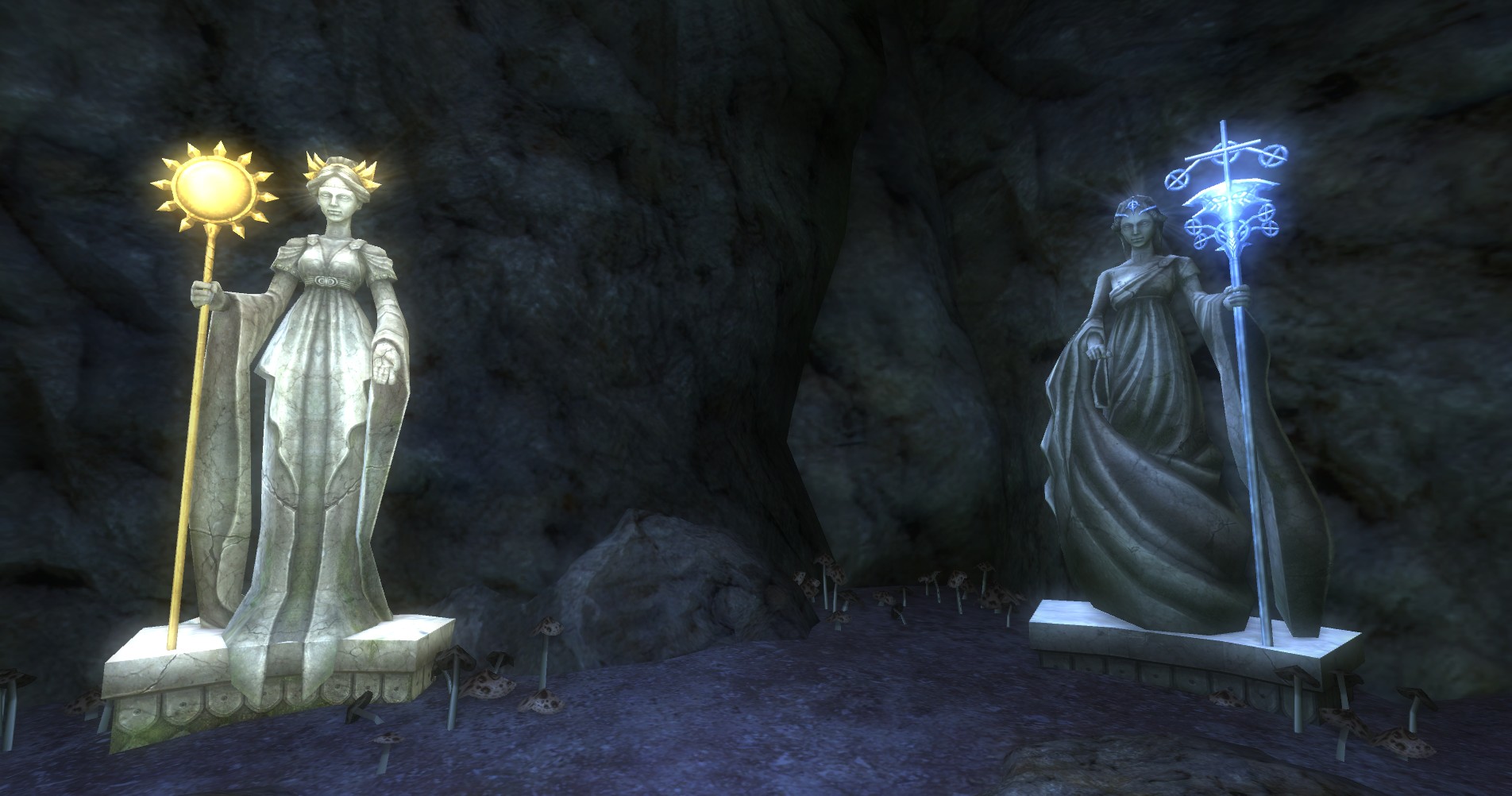 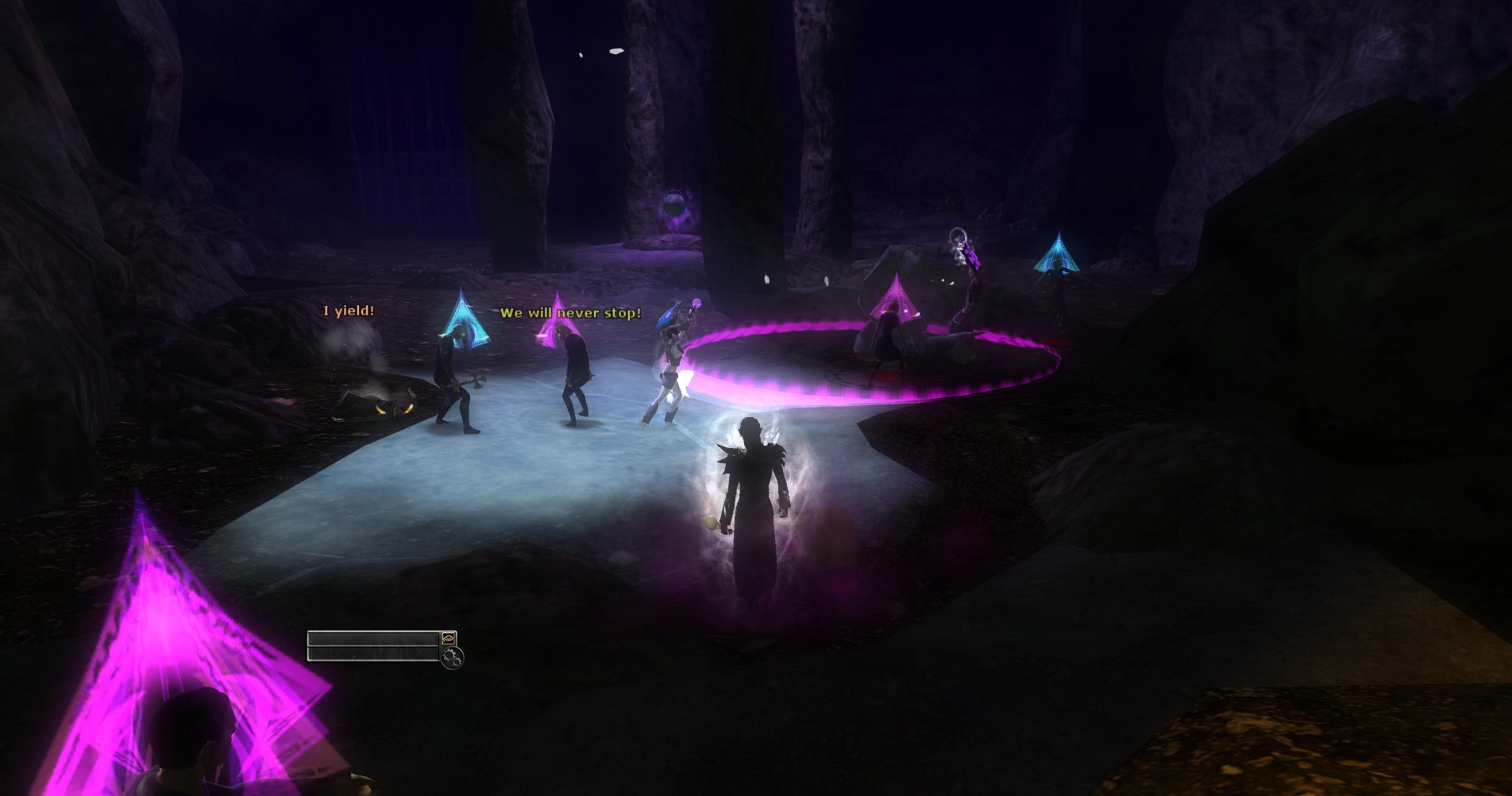 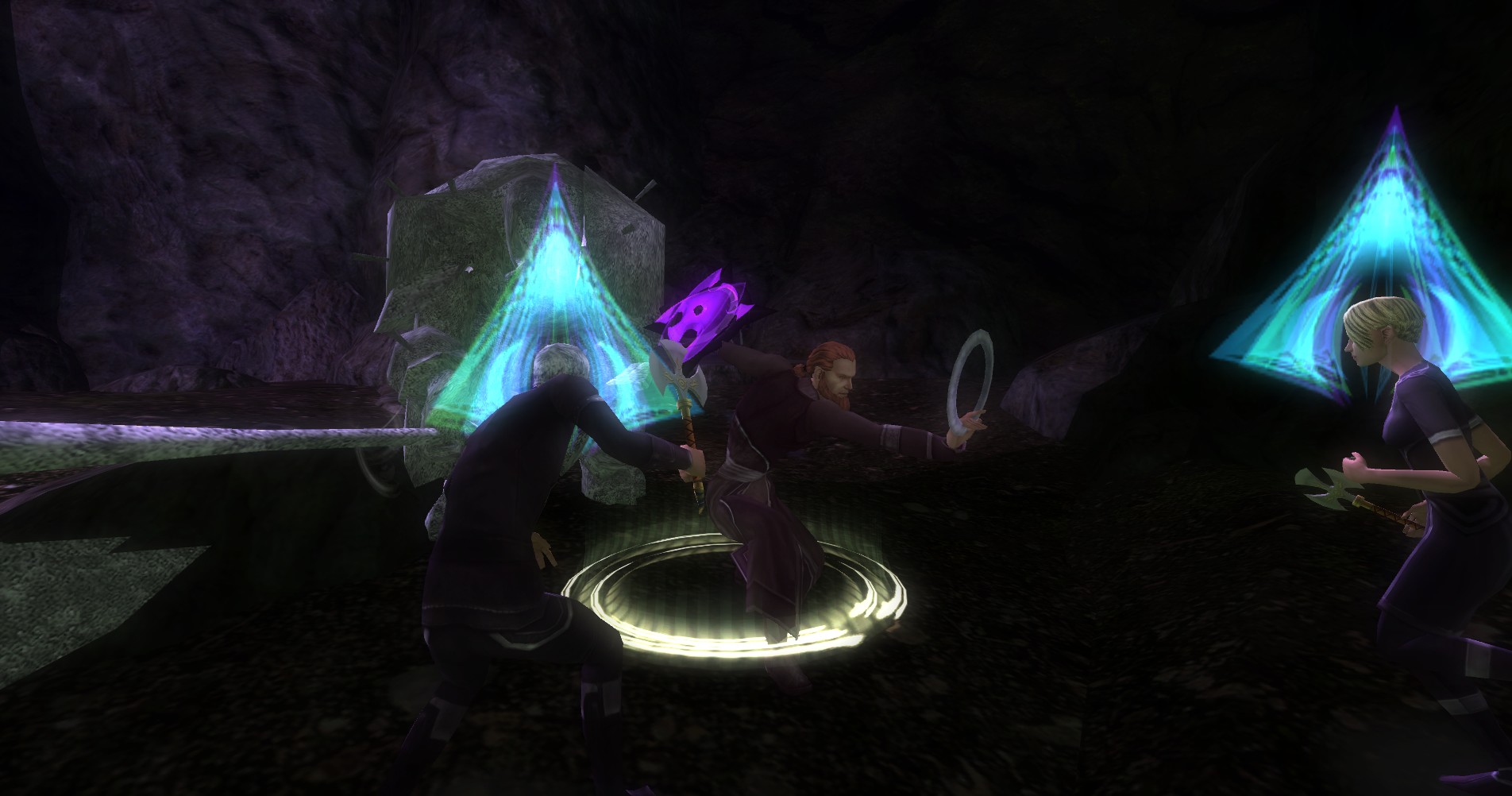 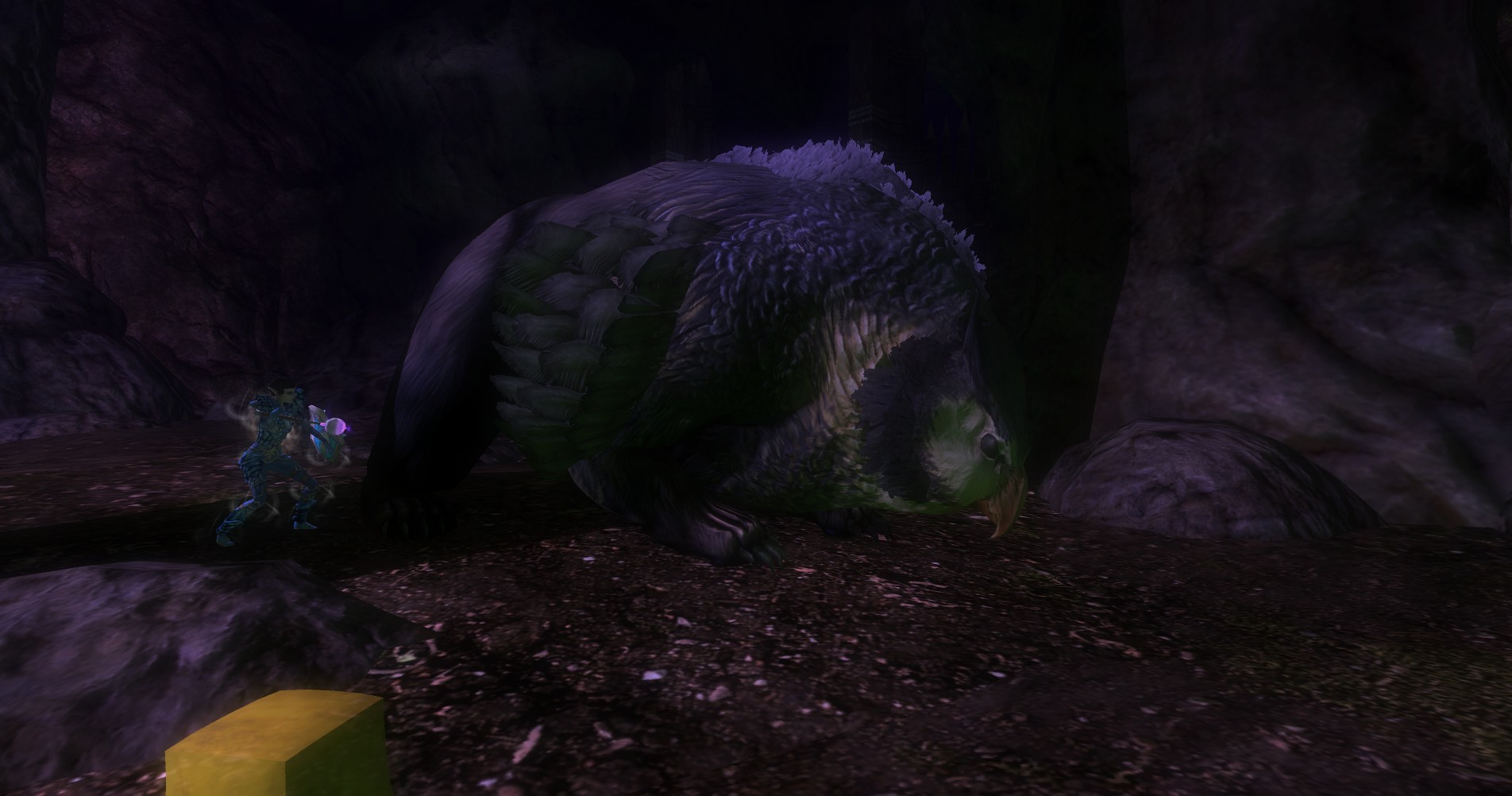 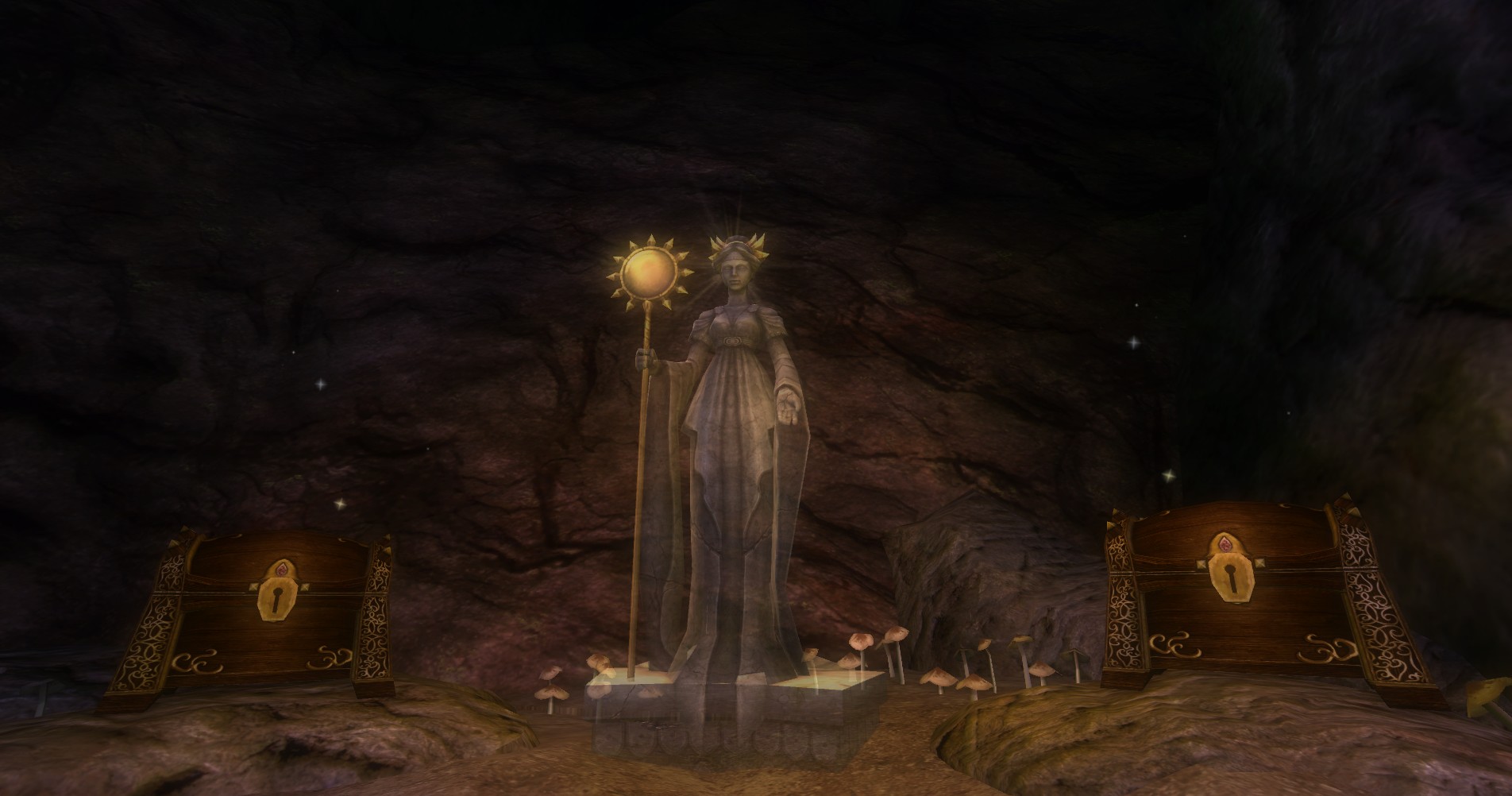 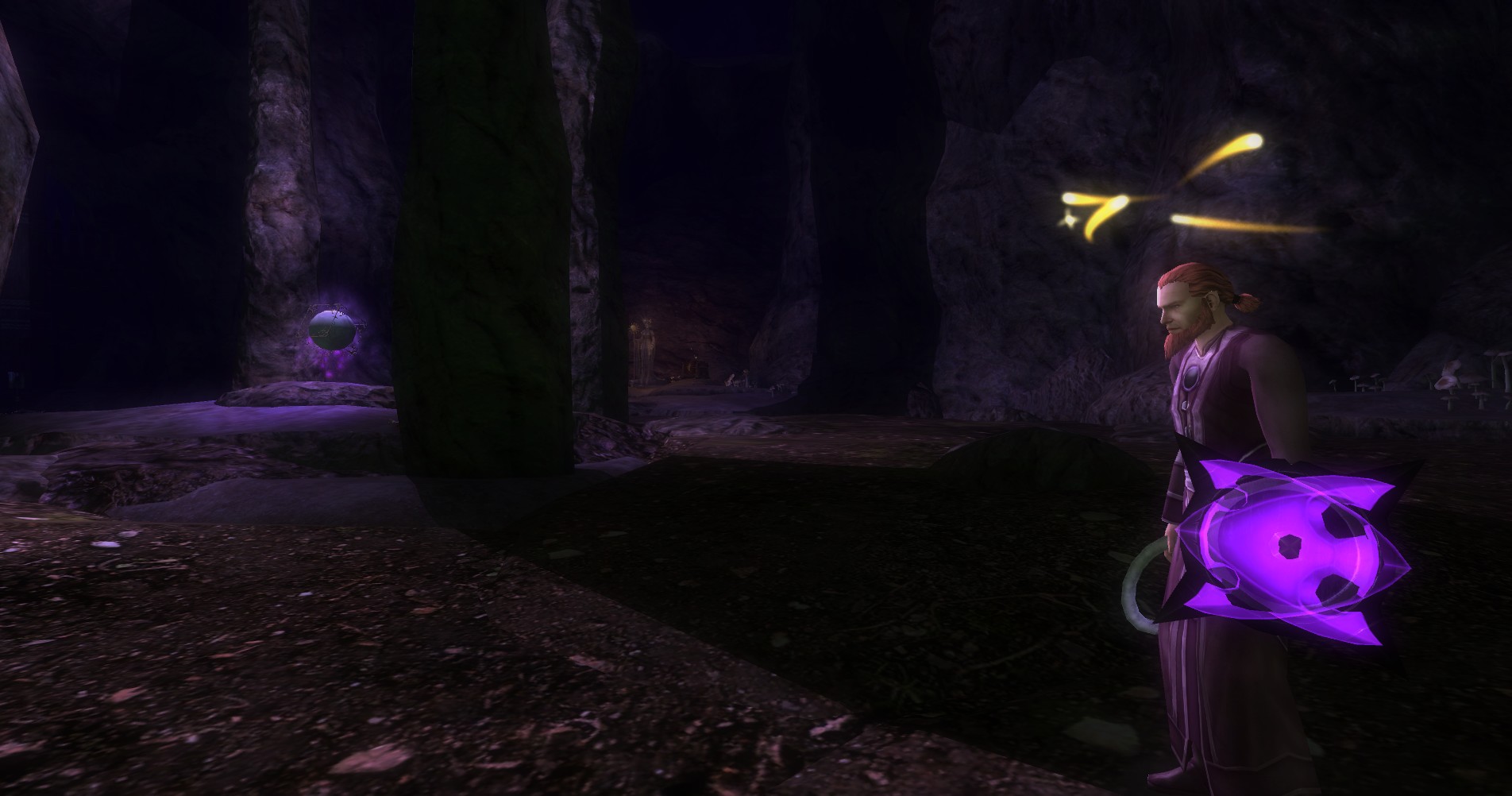 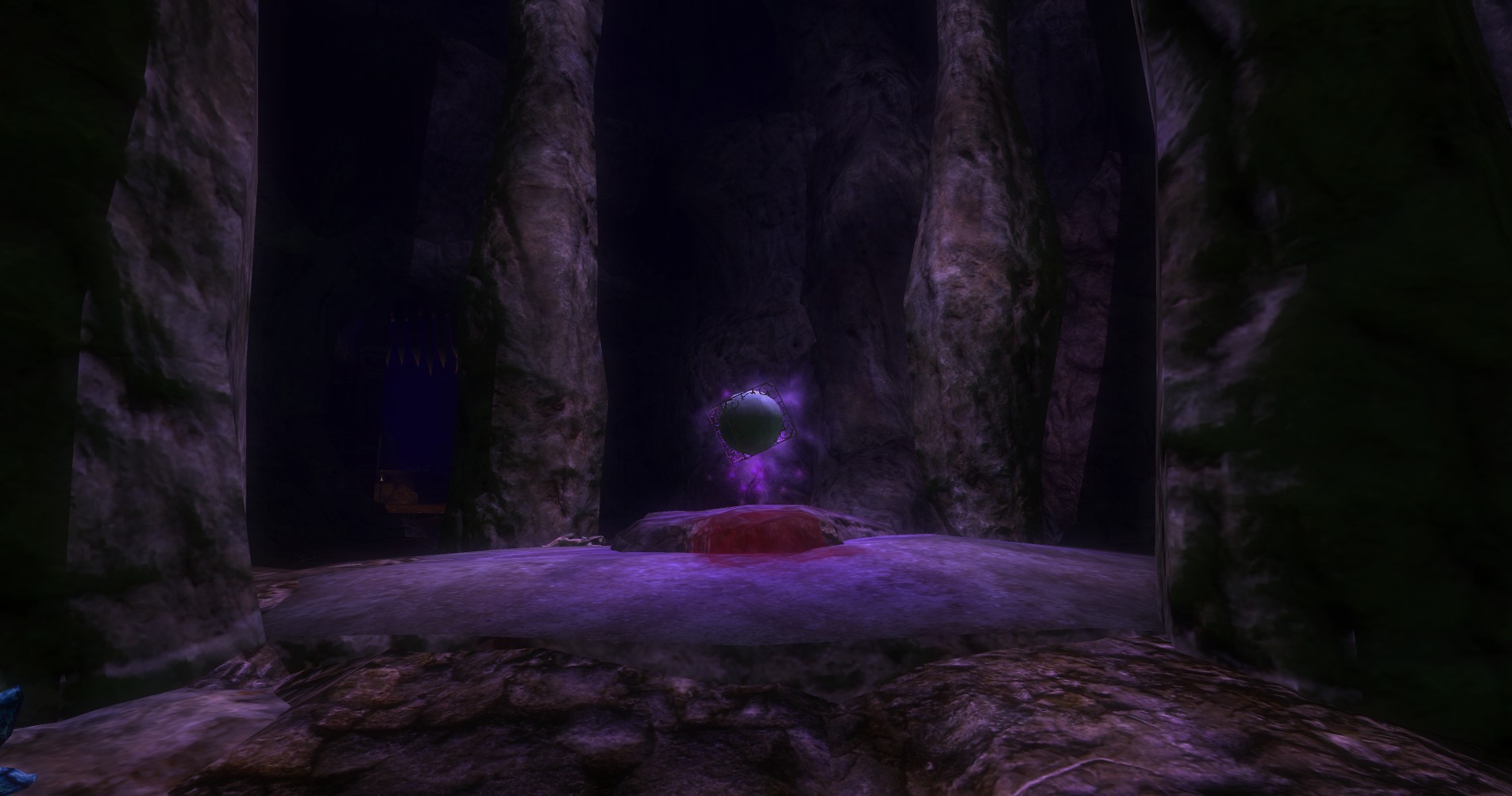 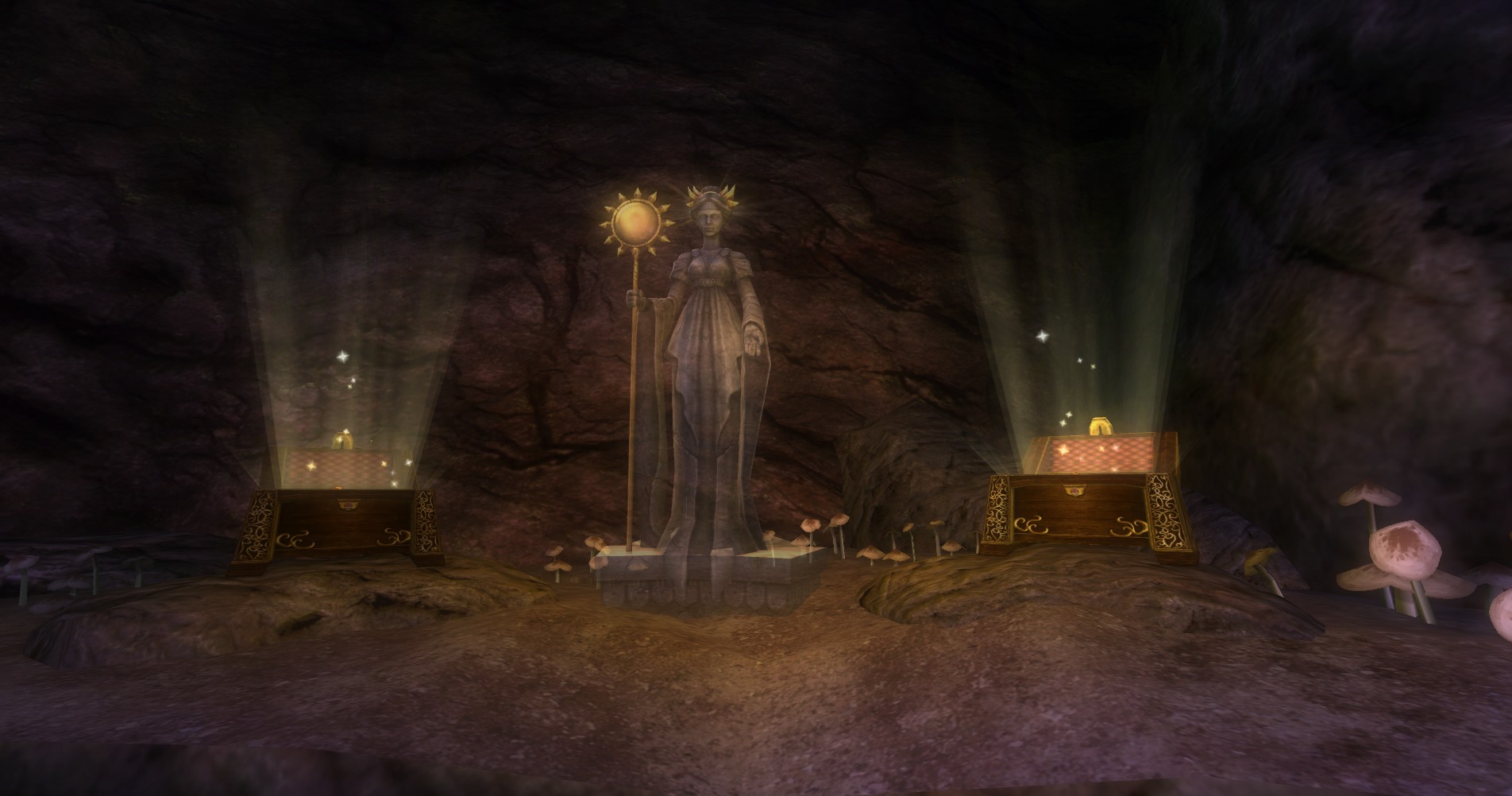 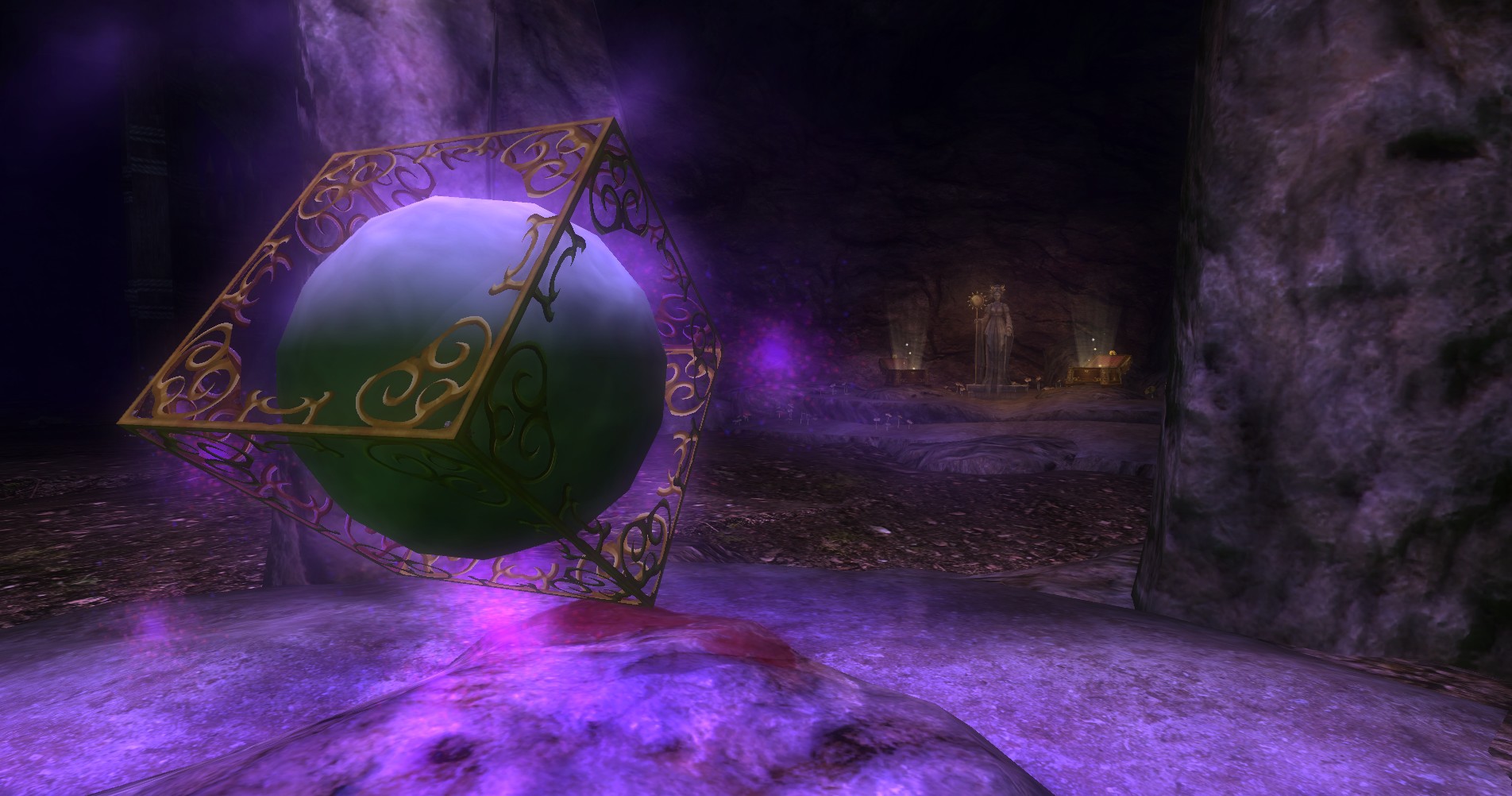 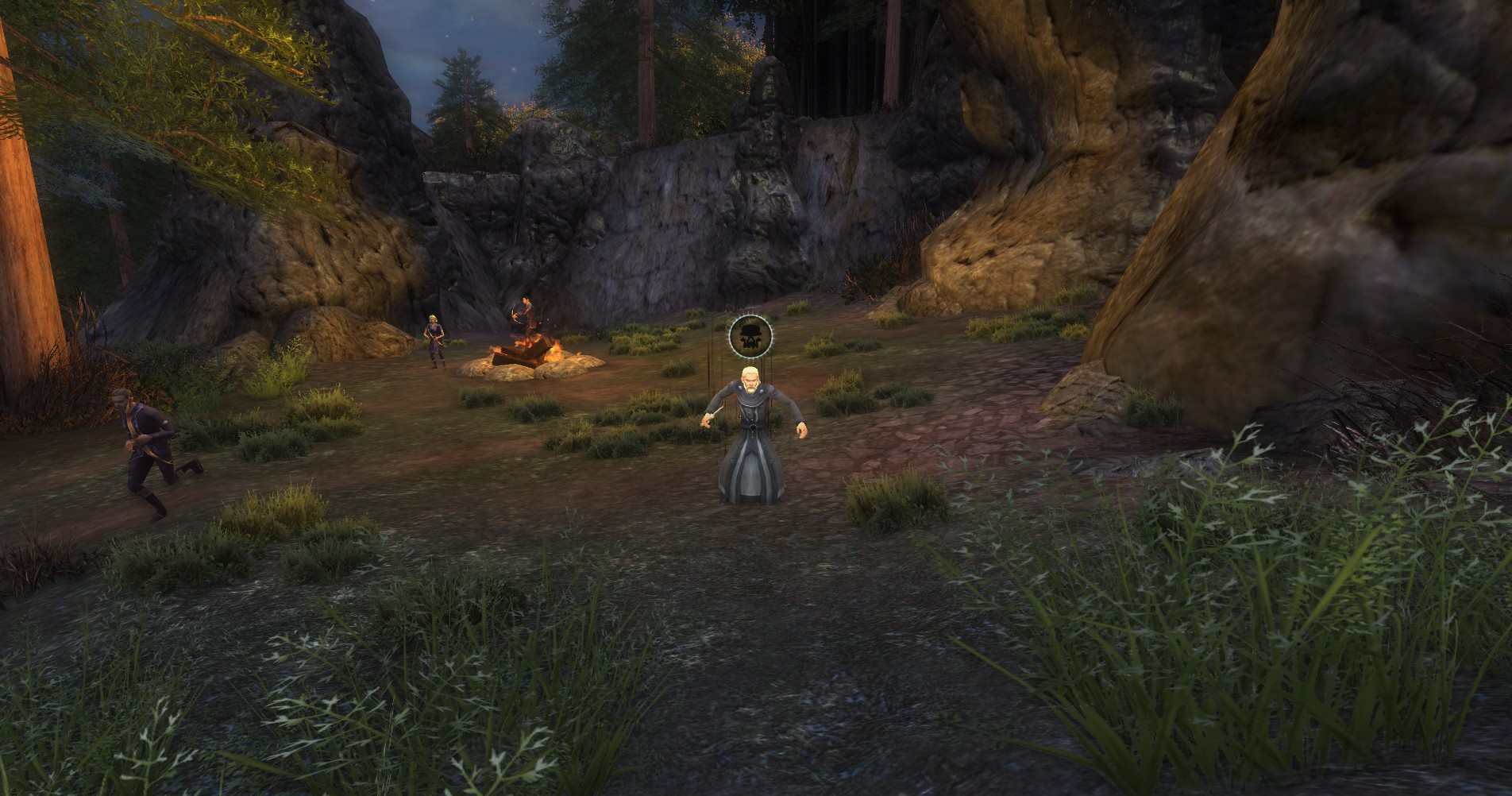 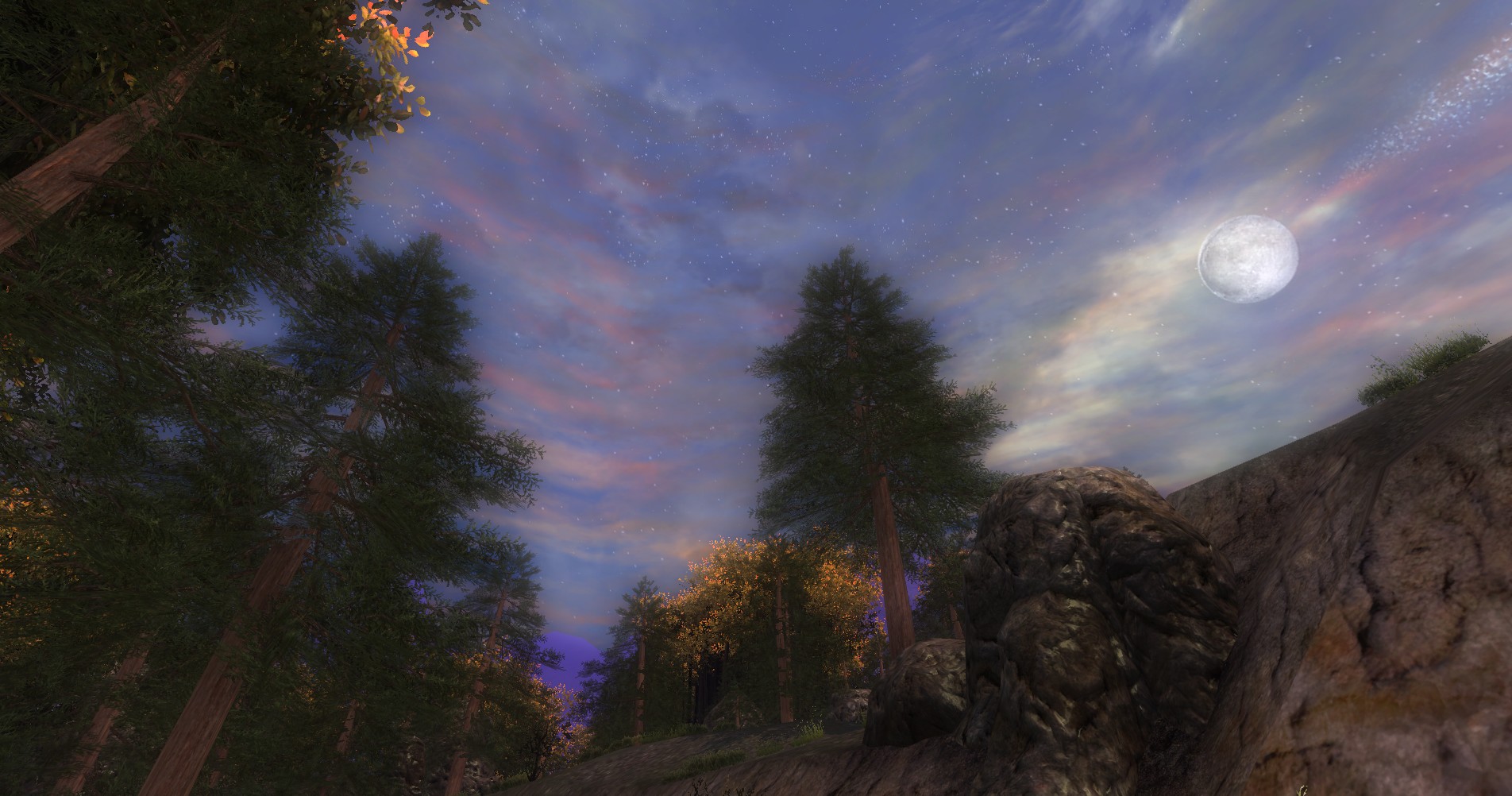 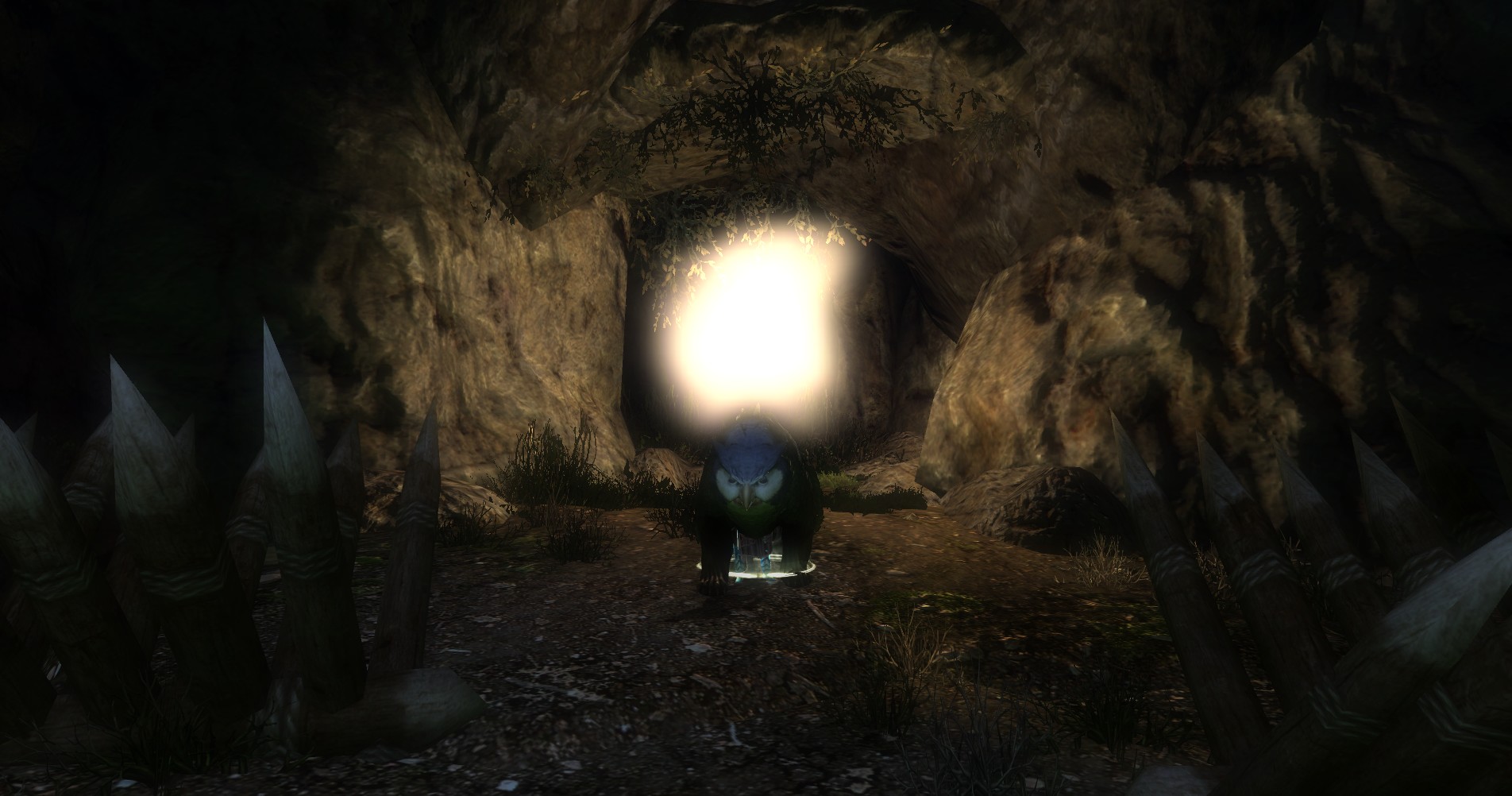 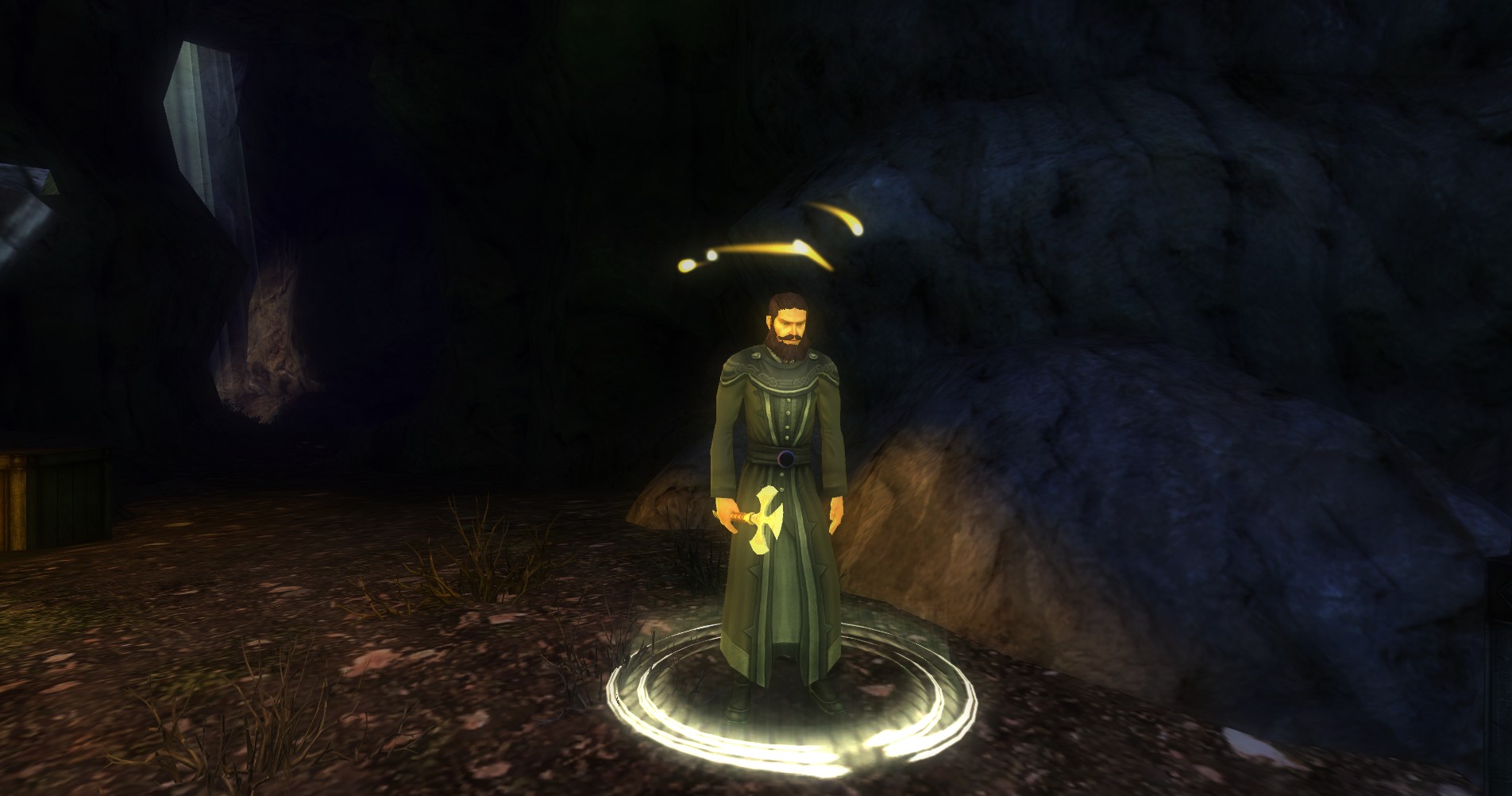 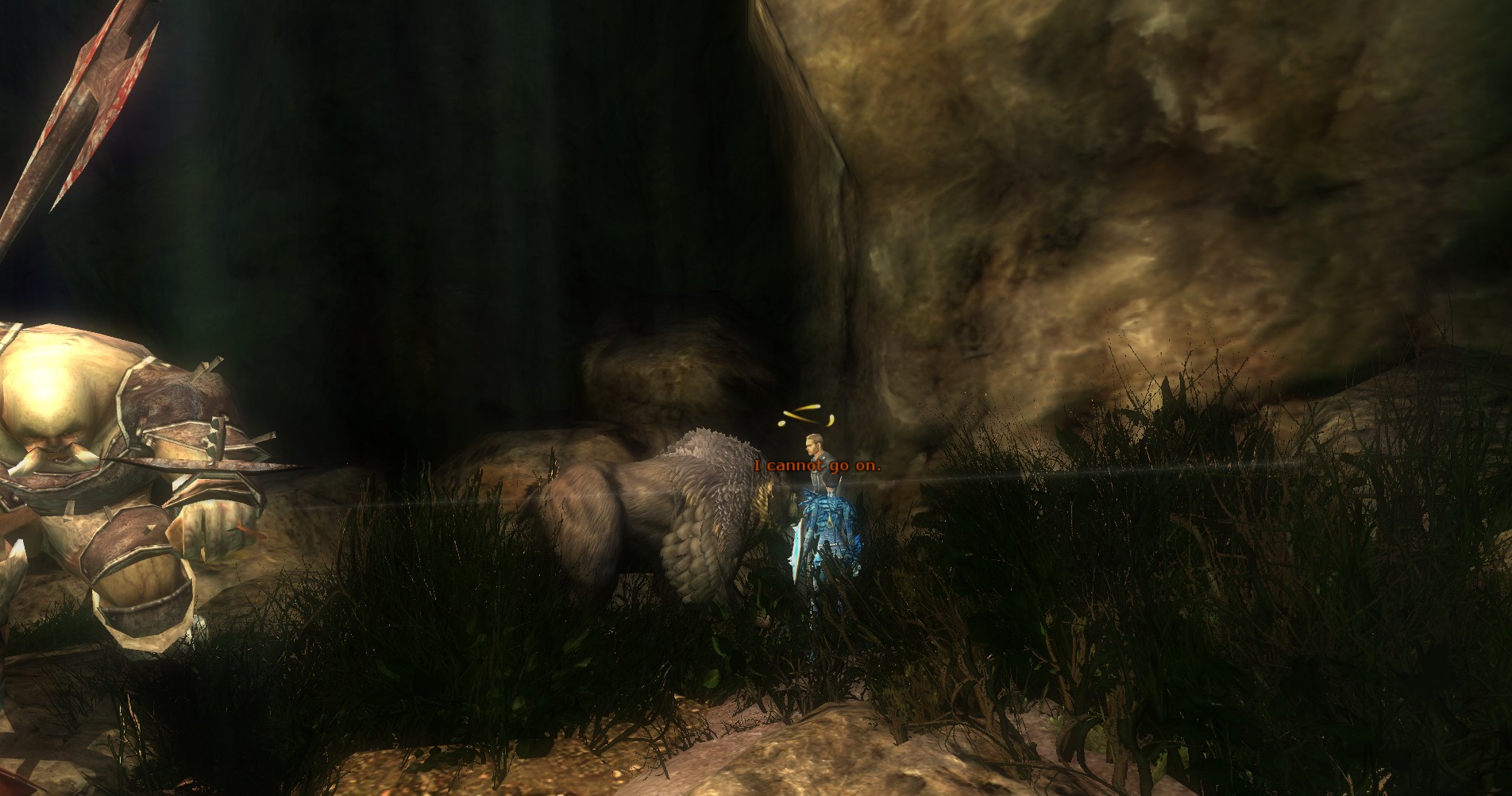 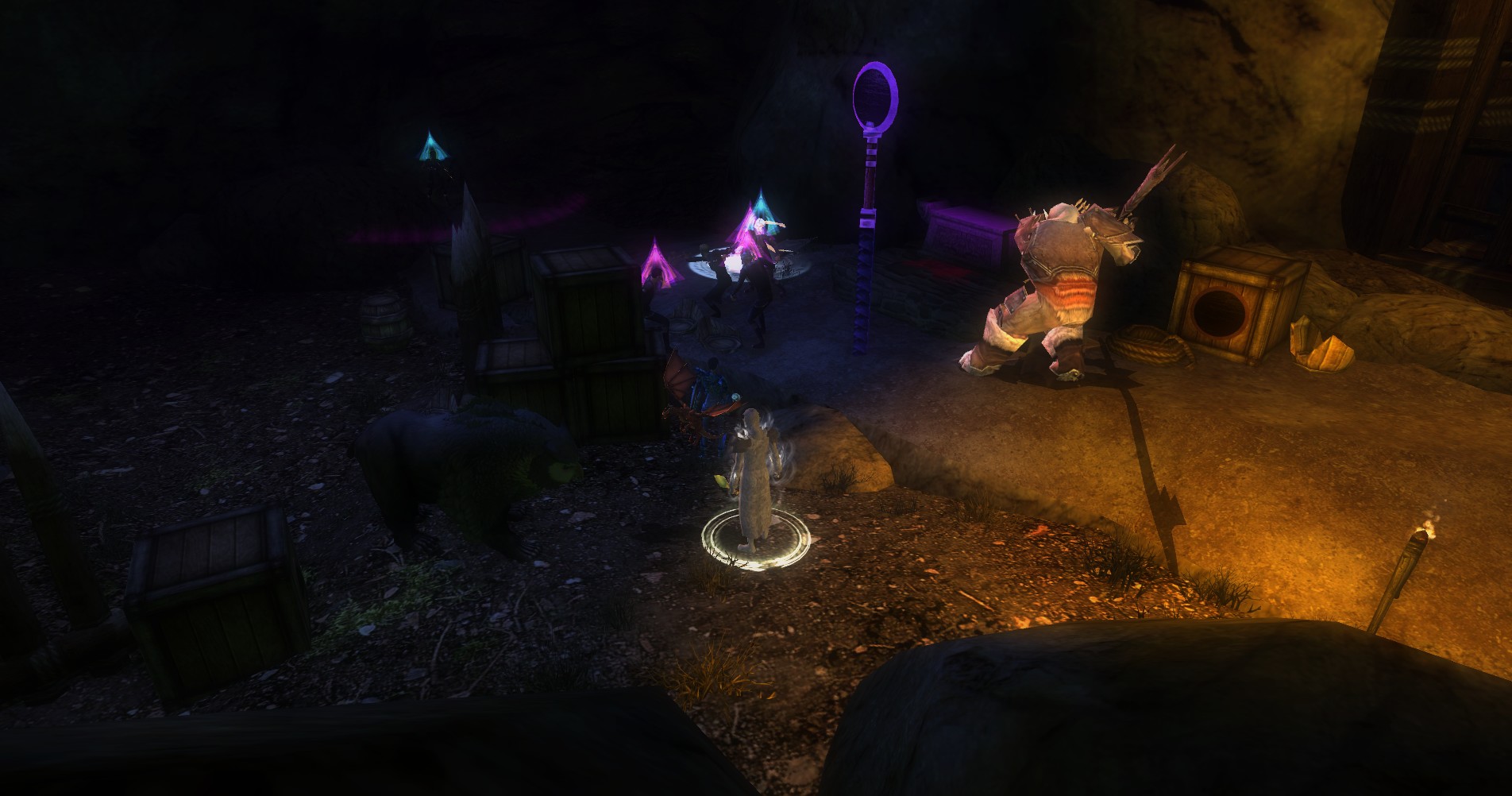 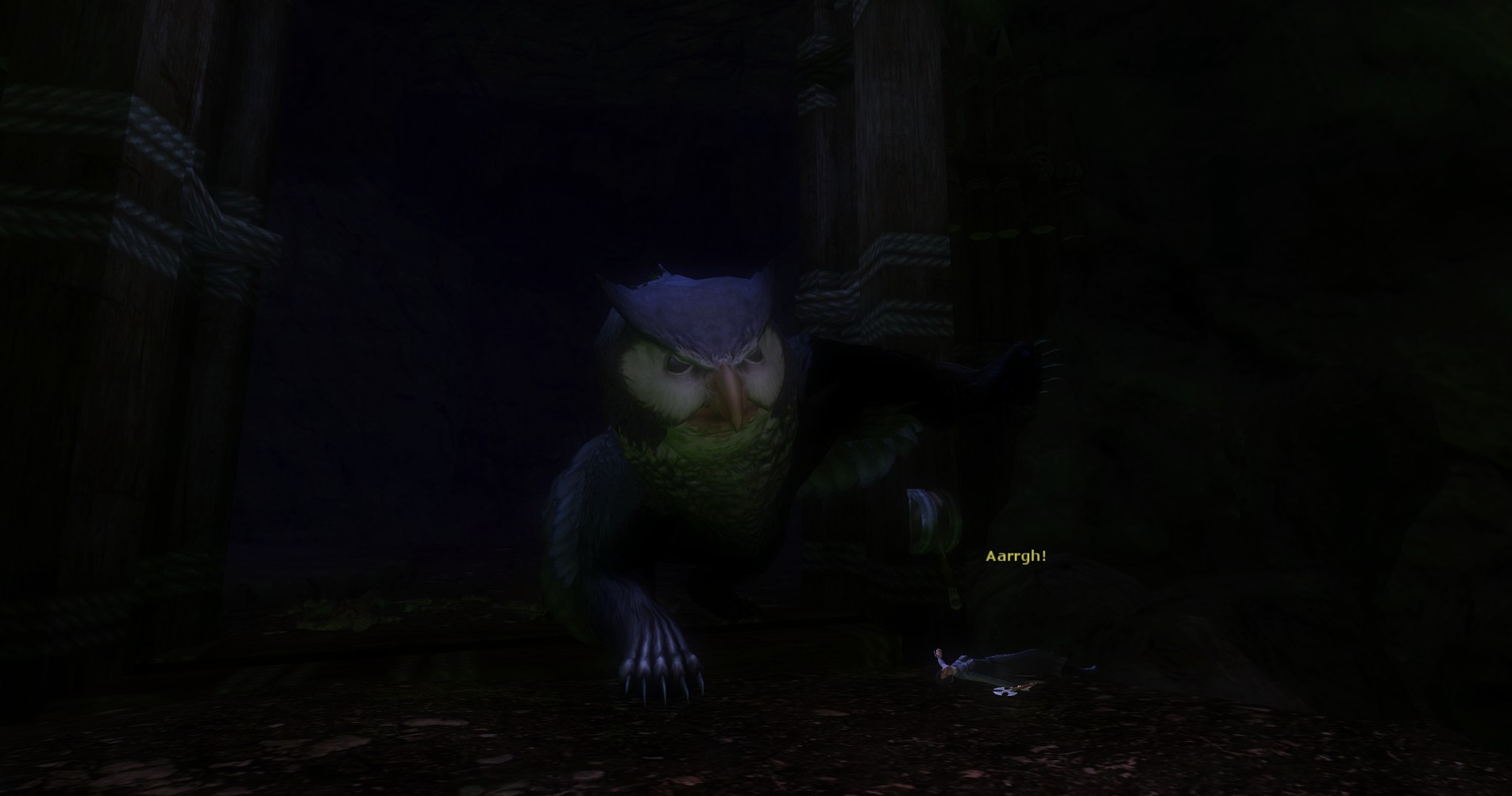 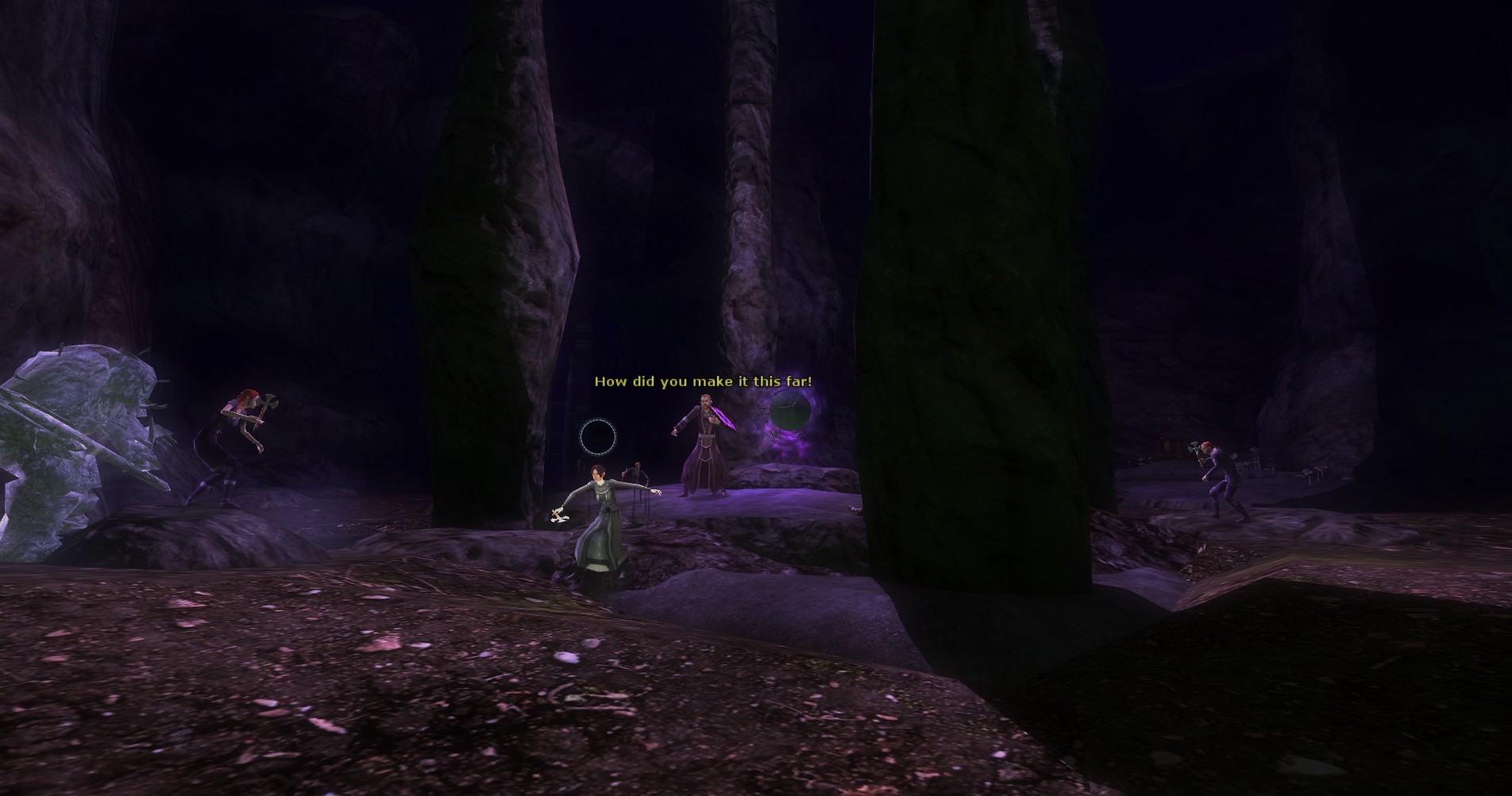 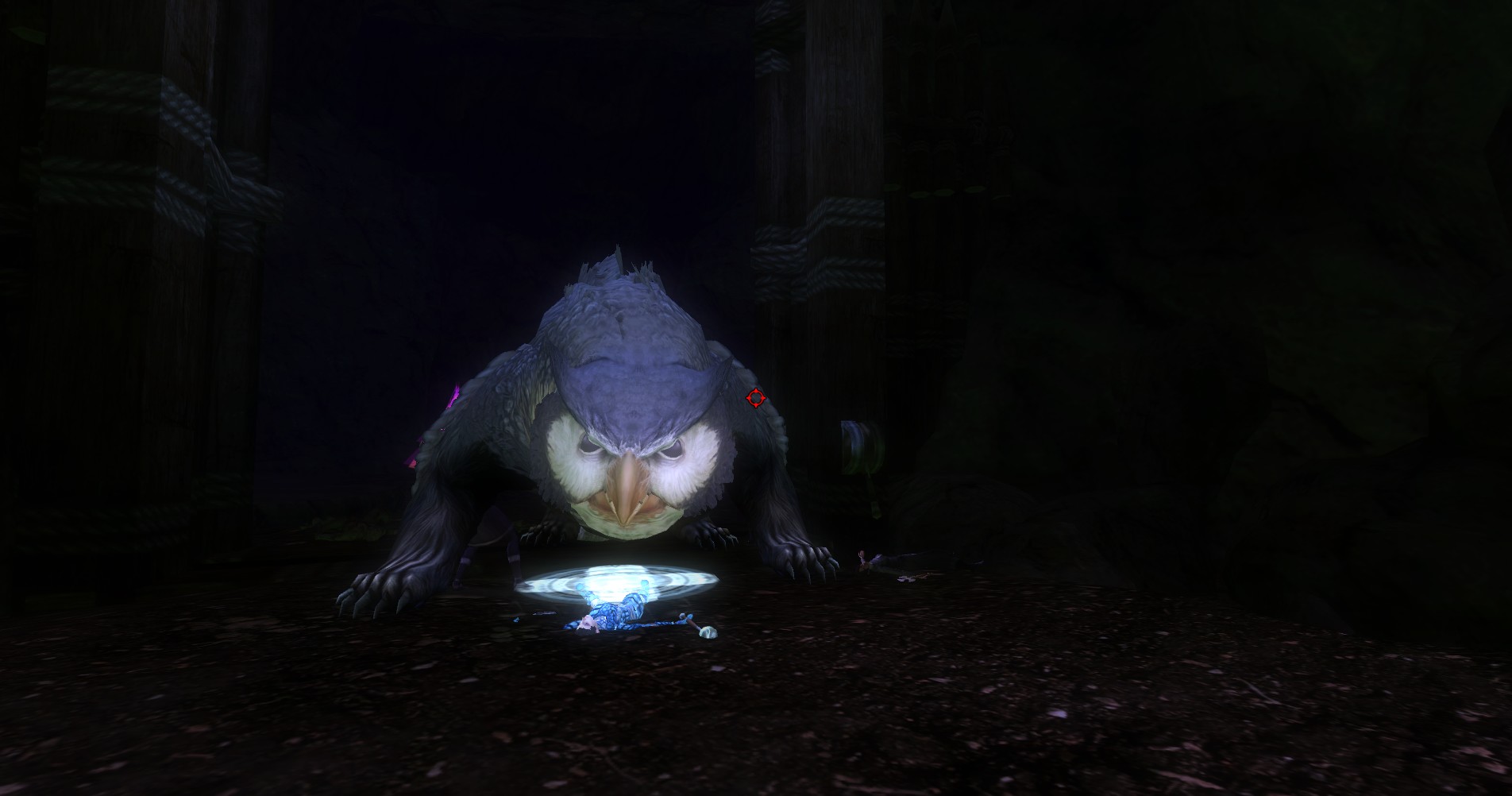 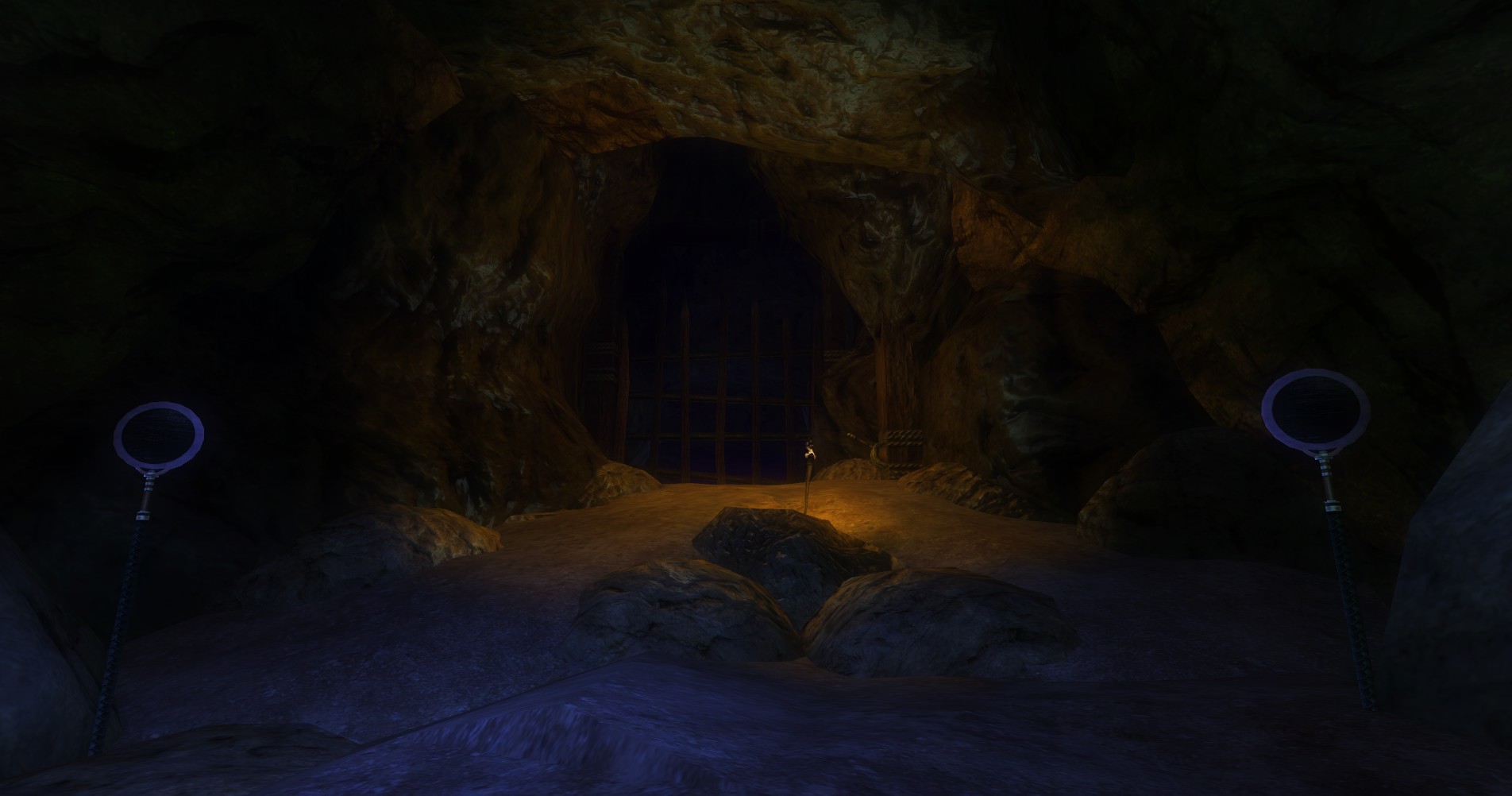 When you zone in, summon pets and hirelings and get everyone and everything buffed up.  You will quickly get into the action. There is nothing too nasty or out of the ordinary in this quest so the standard line up of buffs should suit you and your group just fine.

Once you are ready to begin, head in to your left, going west, and clear out the abandoned camp. There are a few wolves there and some breakables you can get if you are working to get a little extra XP.

Once you’re done there head due west and follow the hill up above where you entered the quest. Follow this east and then north. This will agro the other wolves in the area.

Make sure you speak to the Disciple of Shar before heading into the cave. This is how you capture them. If you forget to do this you will need to come back and talk to them later, which is no fun at all.

Head on in and try to hug the walls of the cave whenever you can. There are lots of bear traps in the centers of these passages and it can get quite annoying to keep getting caught in them.

You will come to your first gate. There is a lever right next to the gate. Use it and continue. Some of the gate levers are not on the doors and can be set a little ways off as you move through the cave system. So if you come to a gate with no obvious lever, just backtrack some and use your tab key to locate it.

Soon you will come to a small camp of Shar Worshipers and Disciples. Clear out the camp and talk to the Disciples of Shar.

You will want to go right, or to the east, first to clear out everything and get the optional XP. Then when you are done go left, west, to continue on.

Make sure that you hit every switch that you find. The switches don’t need to be pulled in any particular order.

At the second fork in the caves you will want to go east first to clean out that area. Once that area is cleared out, head north.

You will go through a few more camps and a couple more gates. Soon you will come to a gate that has a few wolves behind it.

Open the wolf gate, and then follow the path down behind them to the west. Watch out for bear traps. You might want to stick to the wall here as well. At the end of tunnel there is a secret door!

Open this up and head on in. There are a bunch of orange mountain lions in here. Clear them out and make sure you head to the very end of this secret passage and loot the chest that is back there.

Go back out to the holding area. There will be some MoB spawns on your way back to the main corridor so be ready for another fight.

After the Wolf Pens keep heading north and soon you will come to the prisoner holding pens. Unfortunately, it appears all of the prisoners are dead. Start hitting switches as you make your way through this little area. There are some wolves here as well. Follow where they come from to hit the switch to open the last gate of this area.

There is also a shrine in this area on the northwest area of these pens. Use it now if you need to — you are almost done with the quest and there will be no coming back to it if you die.

When you’re done with the shrine and have used all of the levers, head back to the entrance to this area. The gate to the east should now be open. Follow the passage behind that gate to the last couple of skirmishes before you take on the Disciples of Shar’s leader, Dedryk Black.

There is one Disciple of Shar as well, you can force surrender but you cannot capture this one so make sure you have that optional completed before you enter into this final fight.

Once the Owlbear is defeated you are done. Make sure to loot the chests. If you completed the optional Capture more Disciples, there will be a second chest here for you to loot.

Recall out and find out what has happened to the captured Disciples of Shar and their leader, Dedryk Black.