There is a terrible outbreak of some kind of plague or sickness that has broken out in the Eveningstar War Hospital. You are charged with heading to the Eveningstar War Hospital to speak with the Head Priest there, Hurim Jaskyr. Do whatever you can to help out the old Head Priest of the hospital to investigate this strange new illness. Look for clues about who, or what, has caused the outbreak and try to find out how it is connected to the Druids Curse. 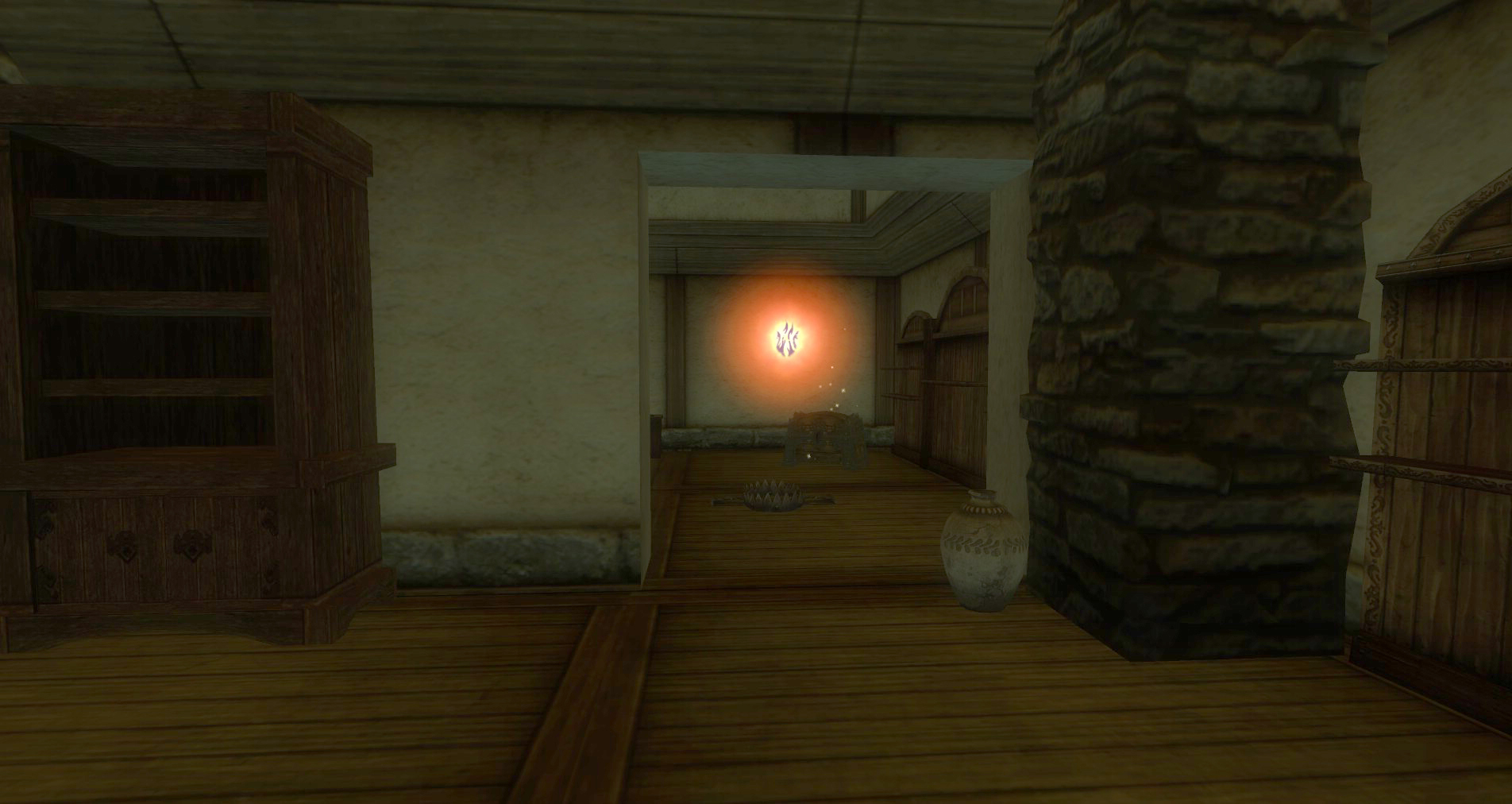 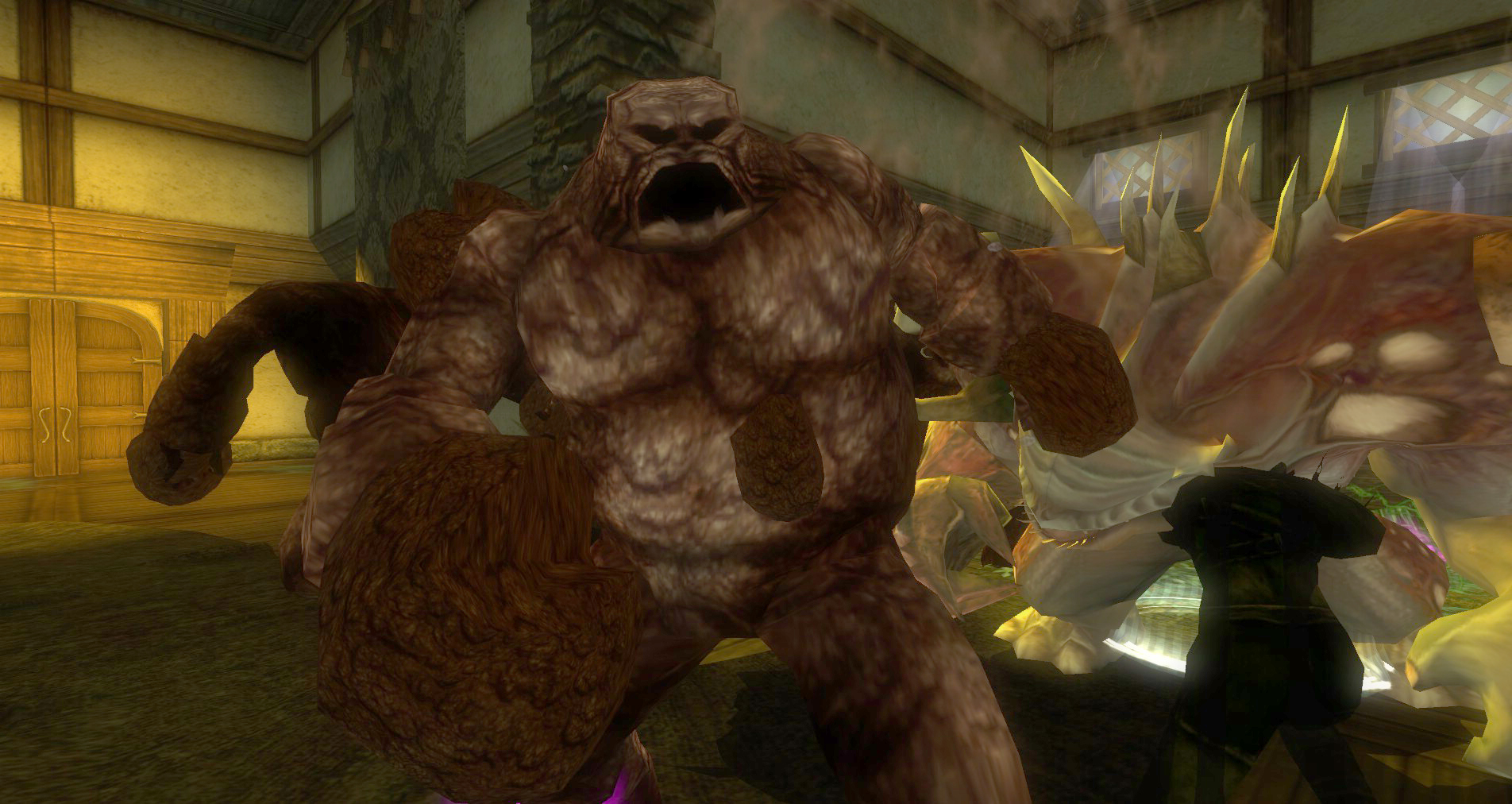 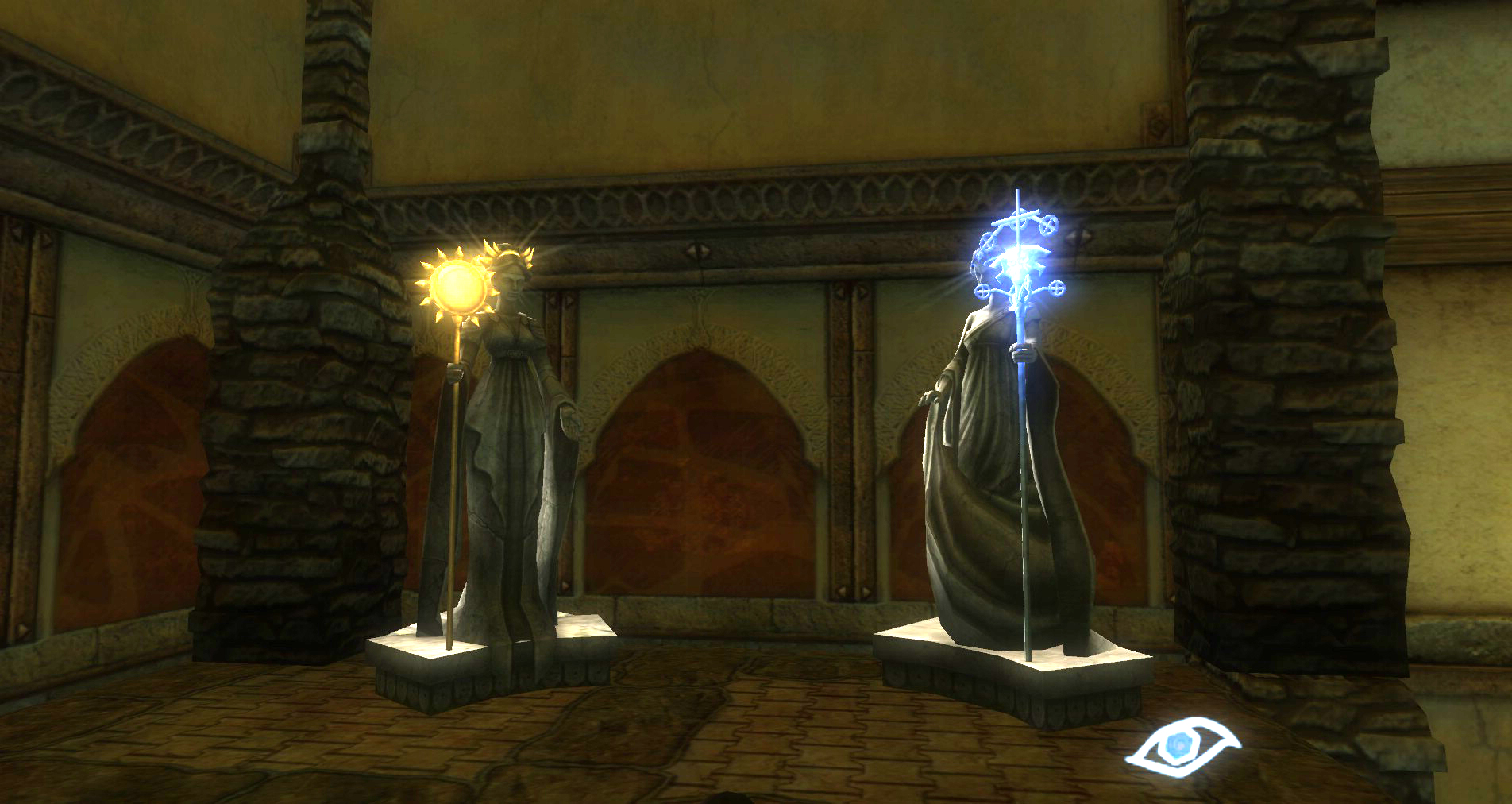 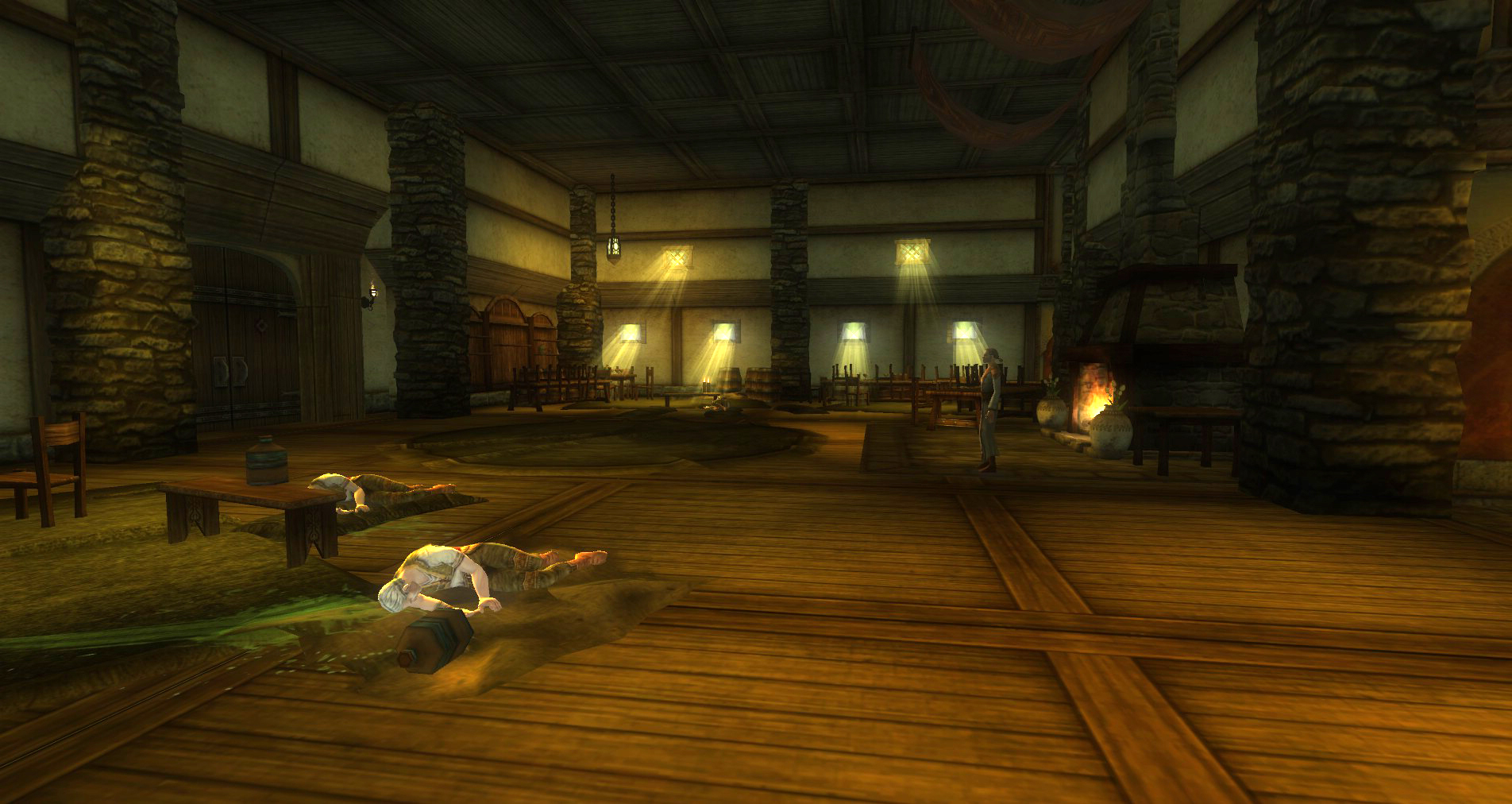 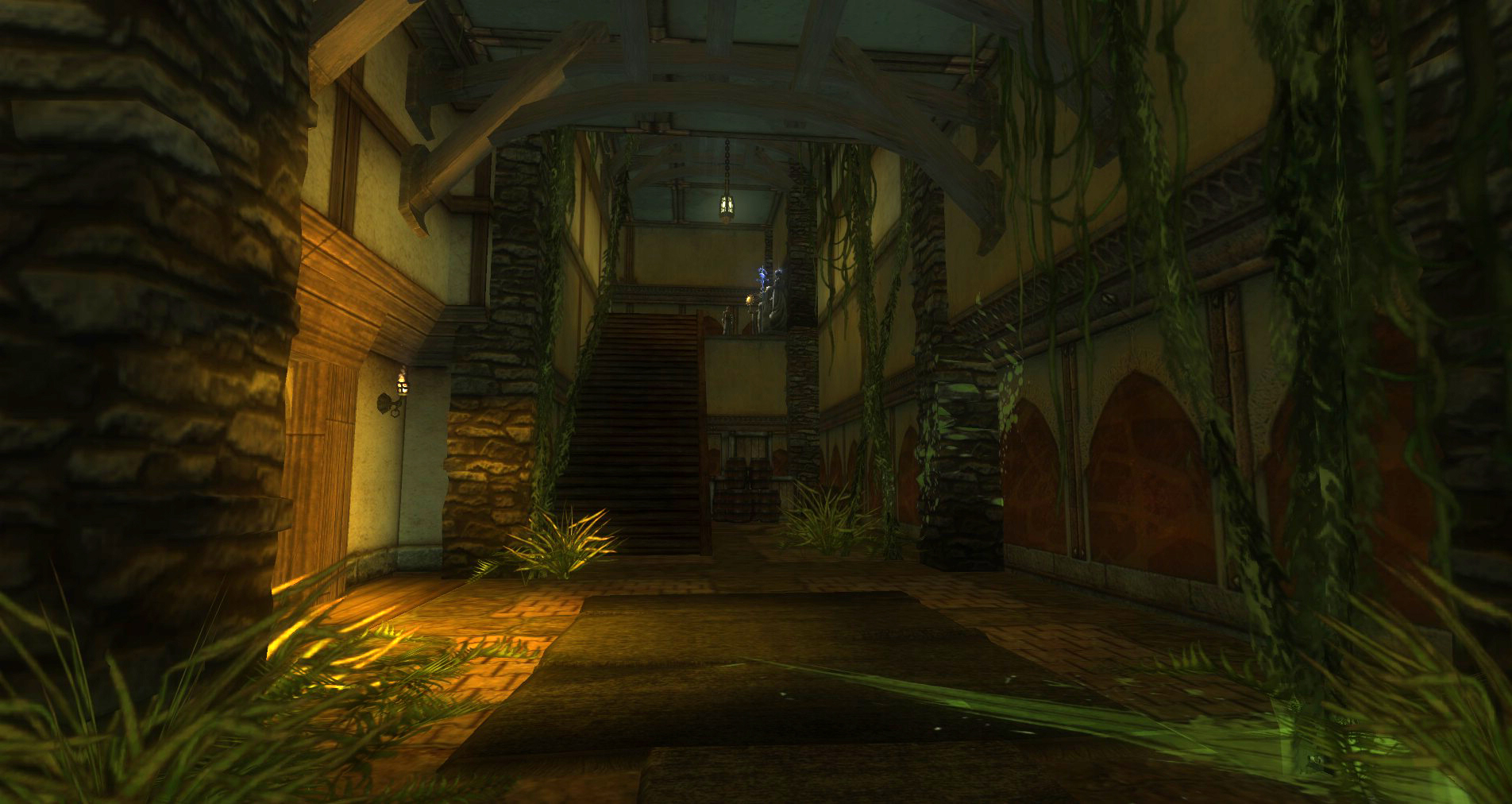 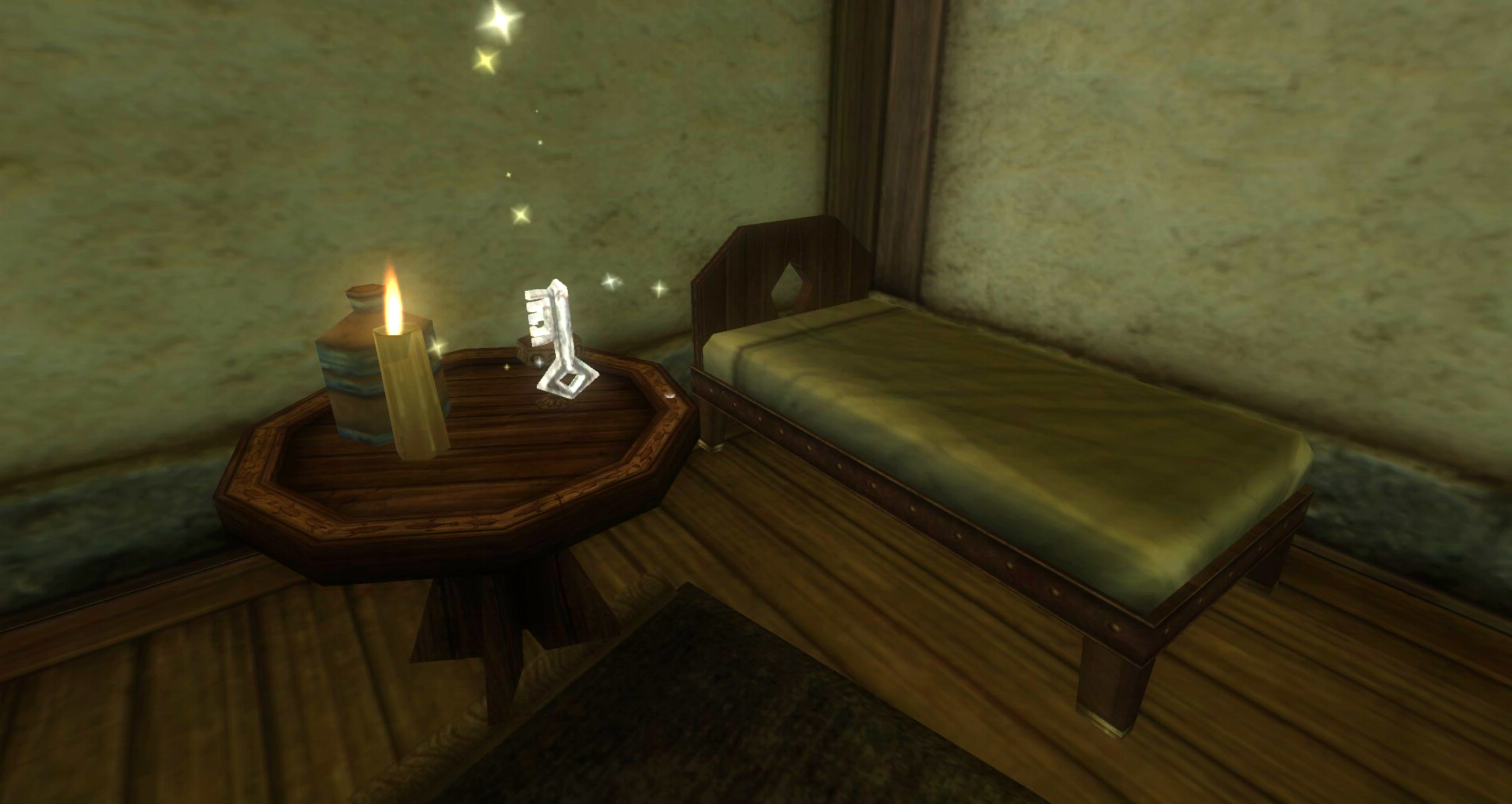 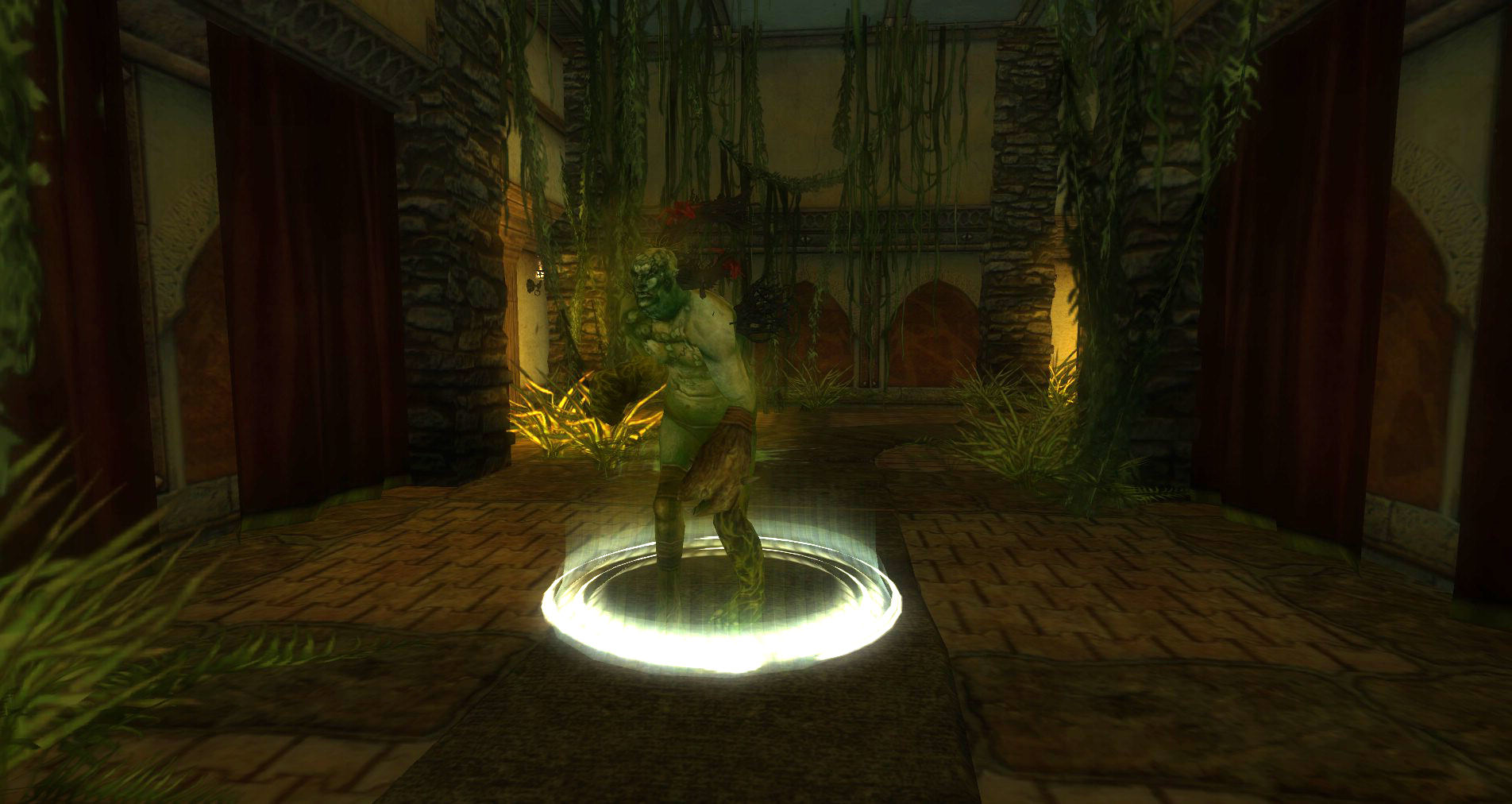 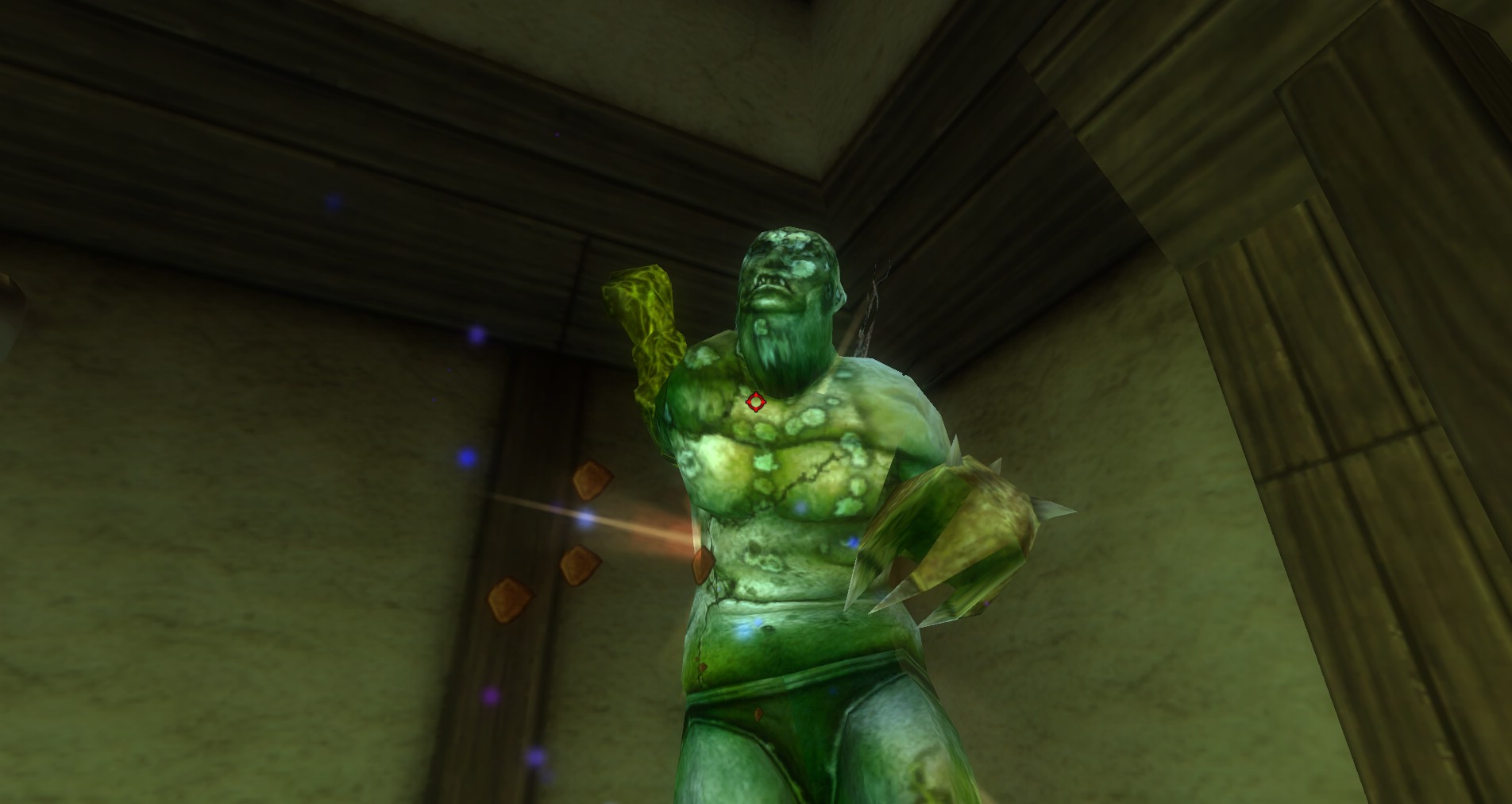 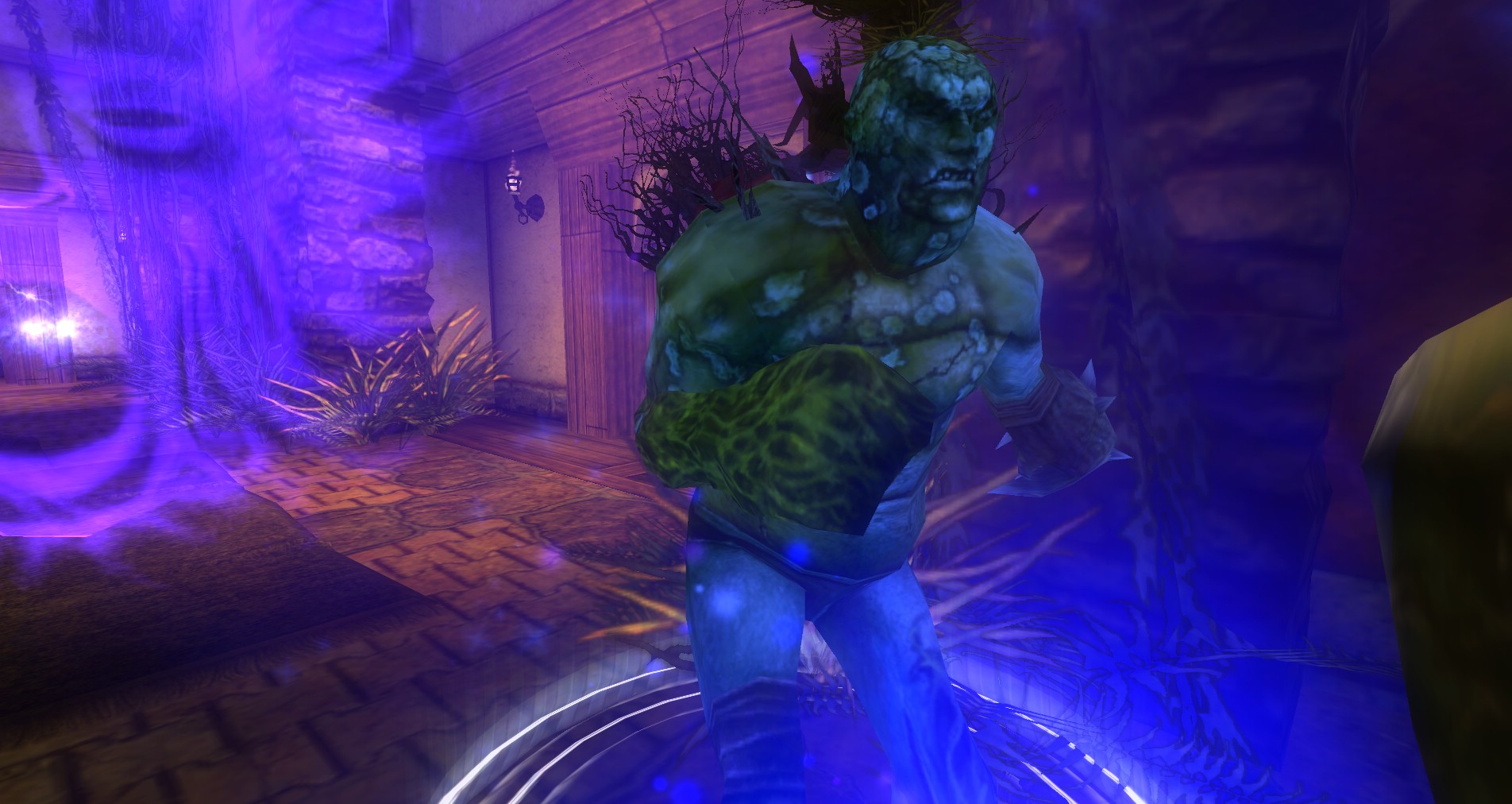 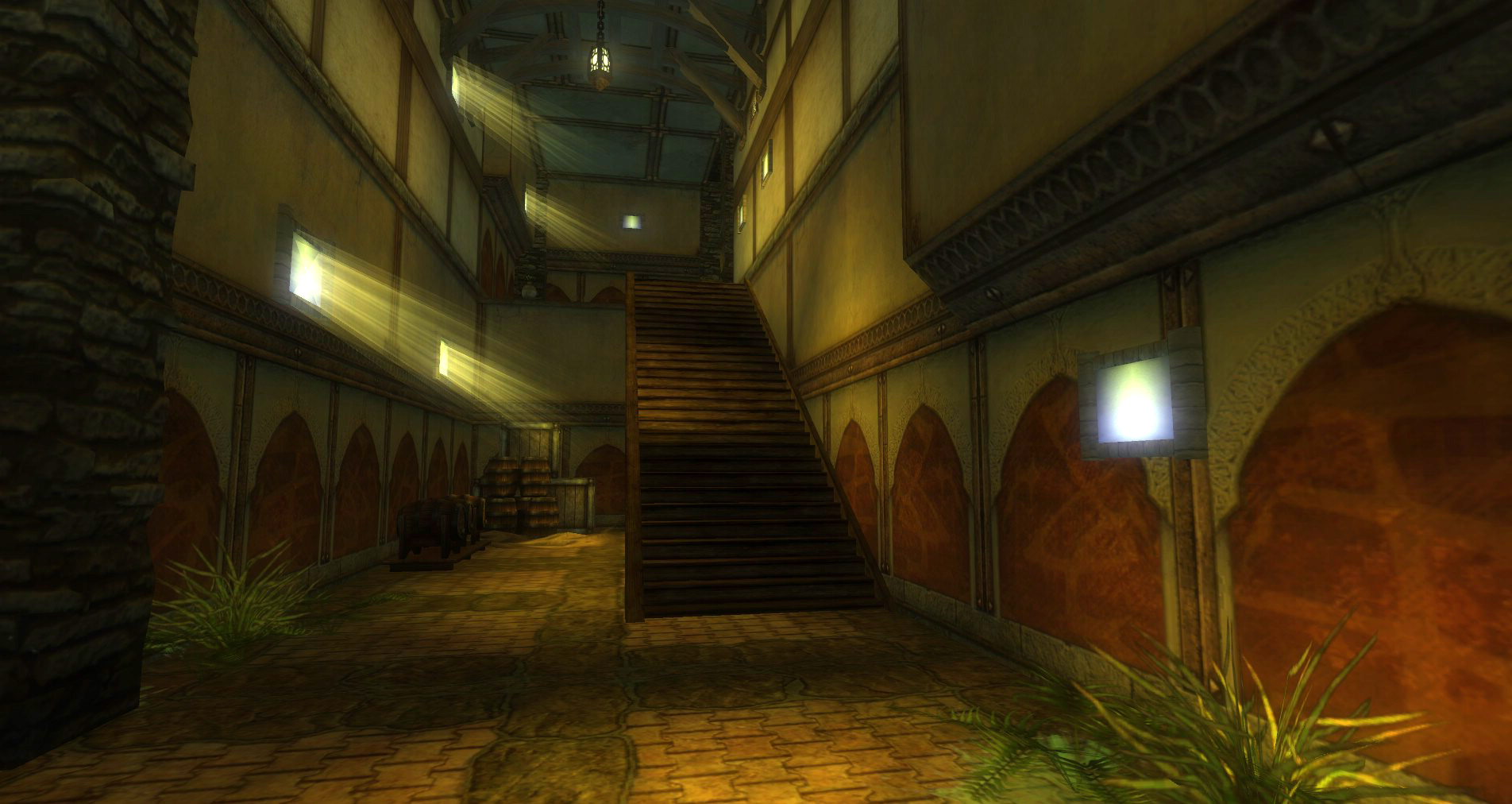 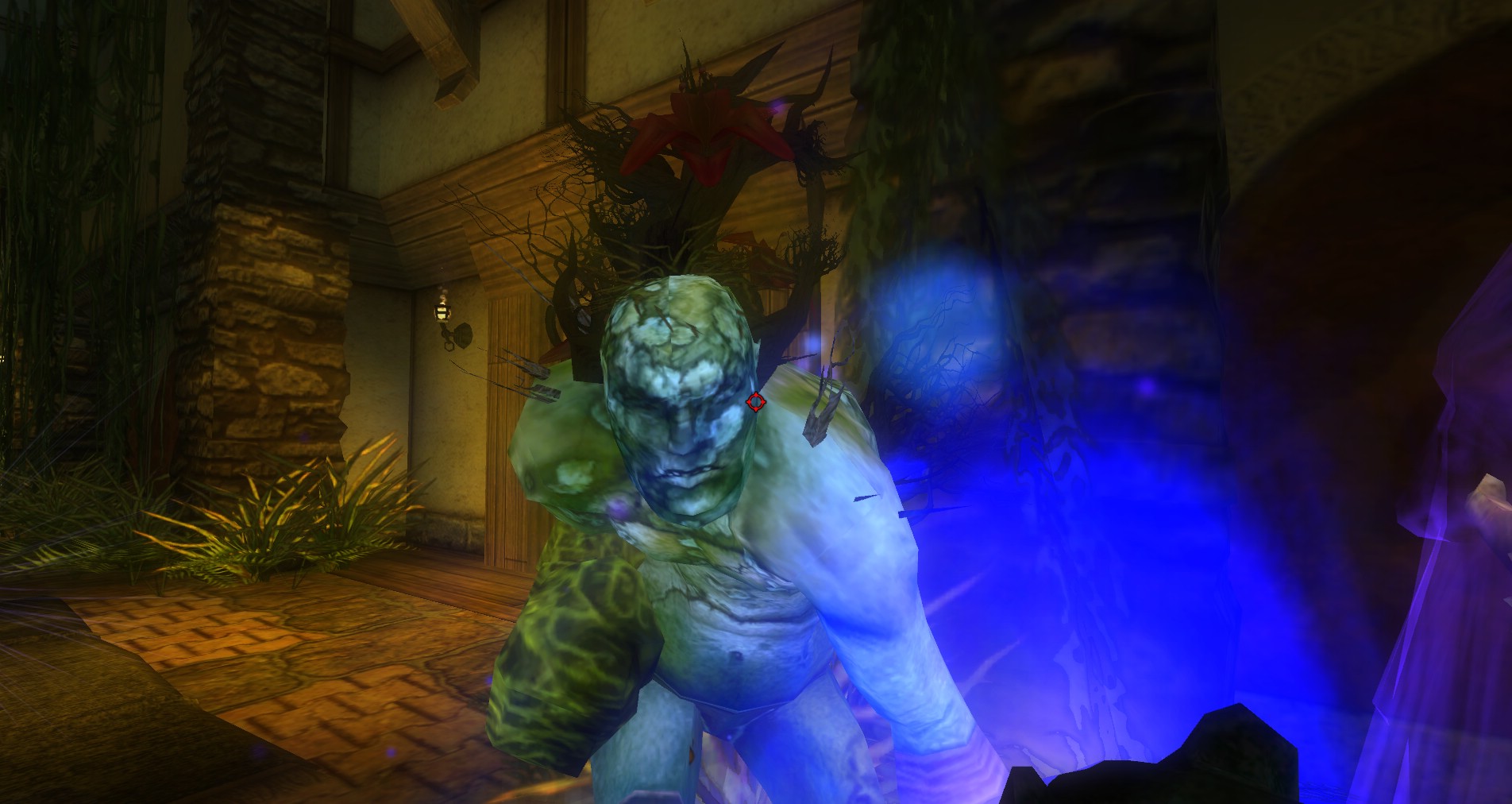 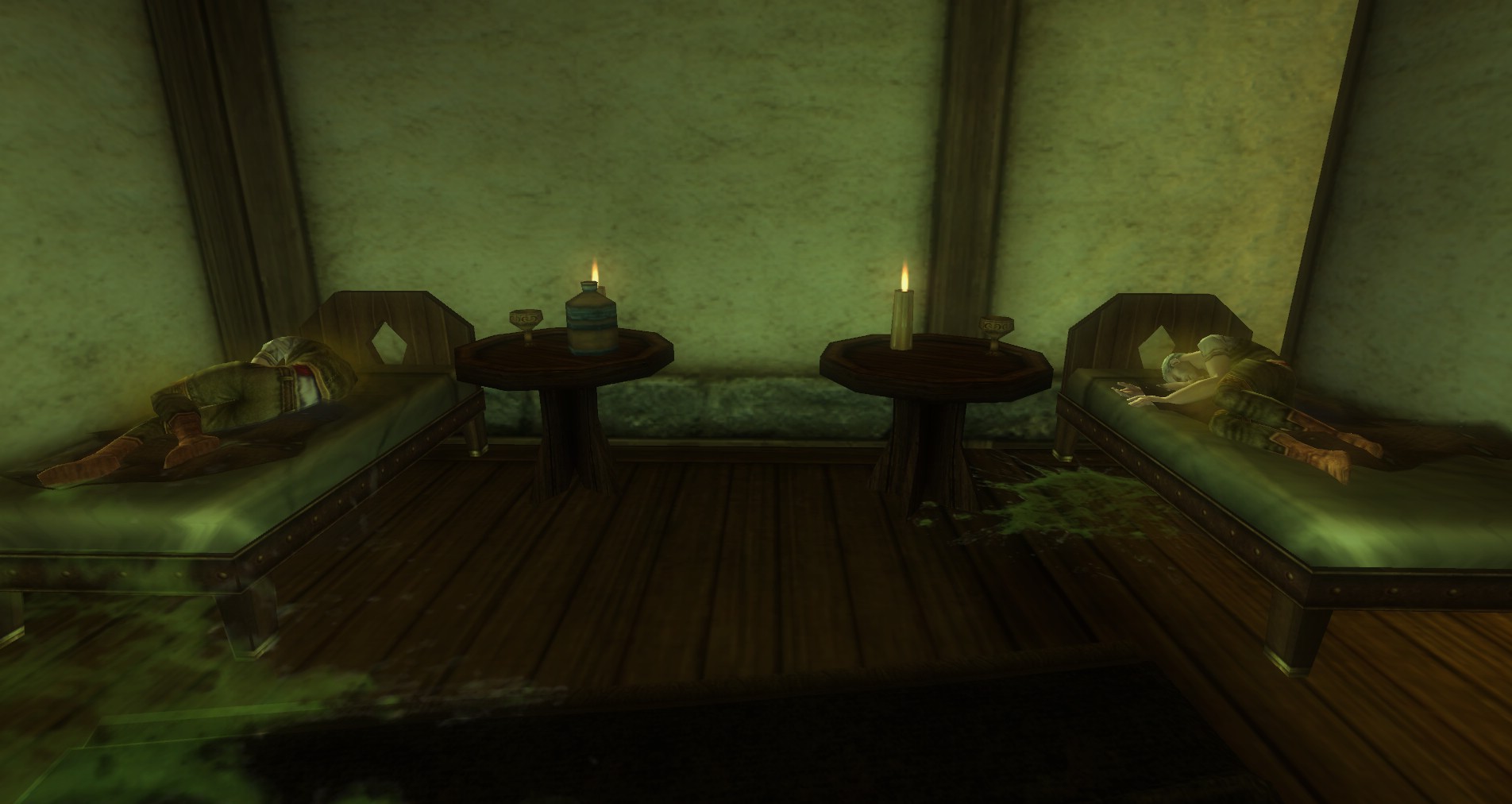 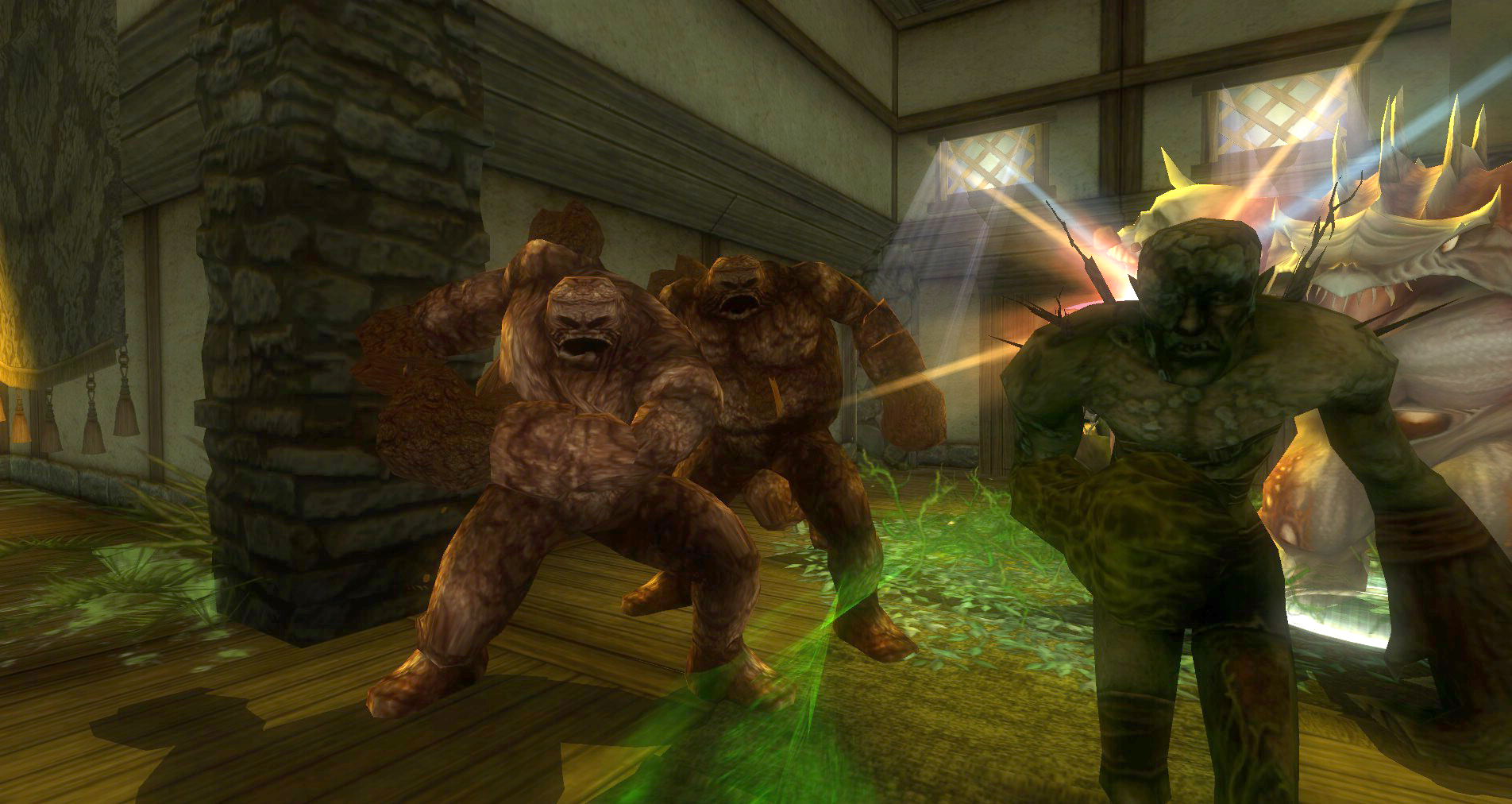 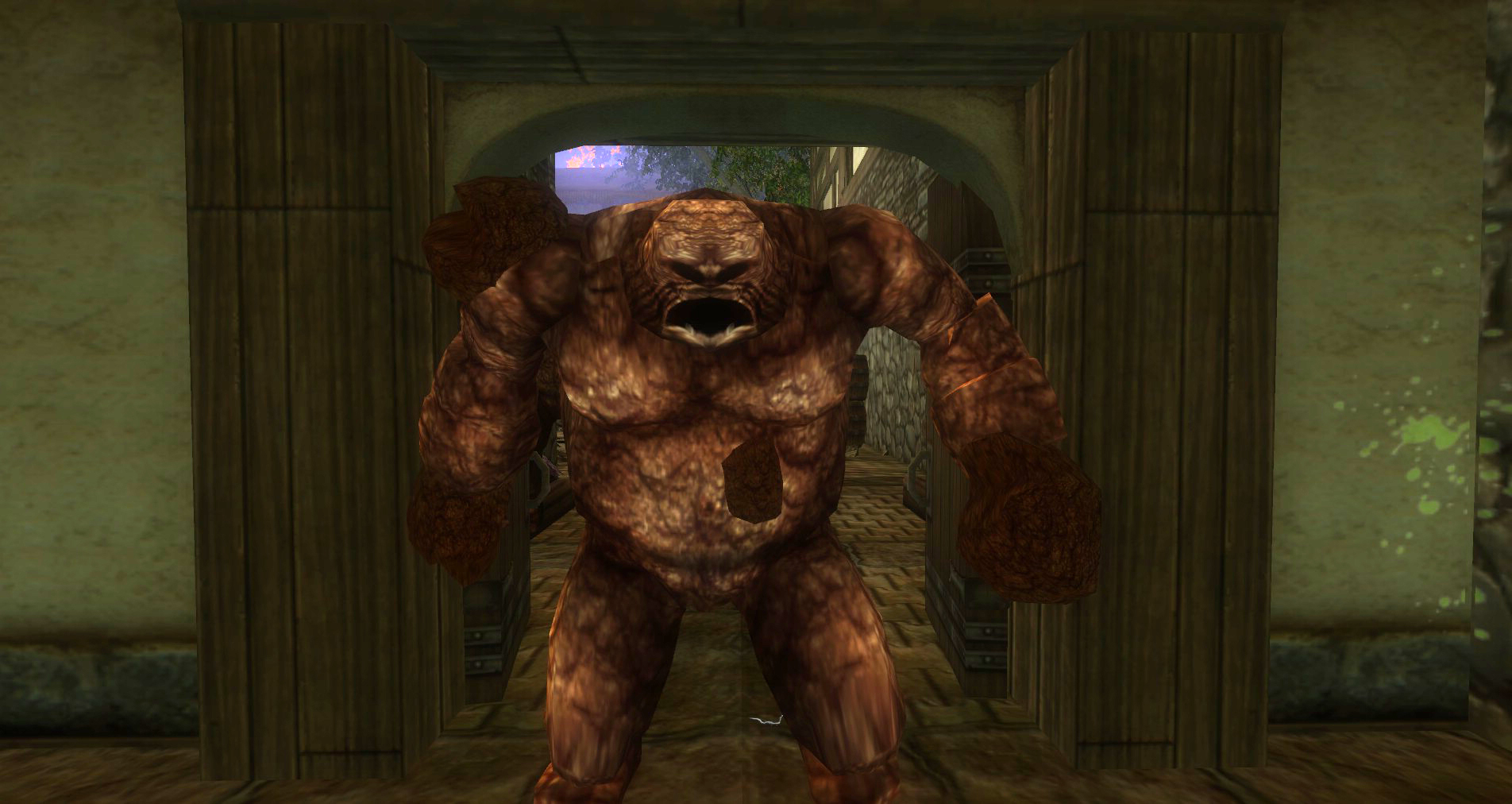 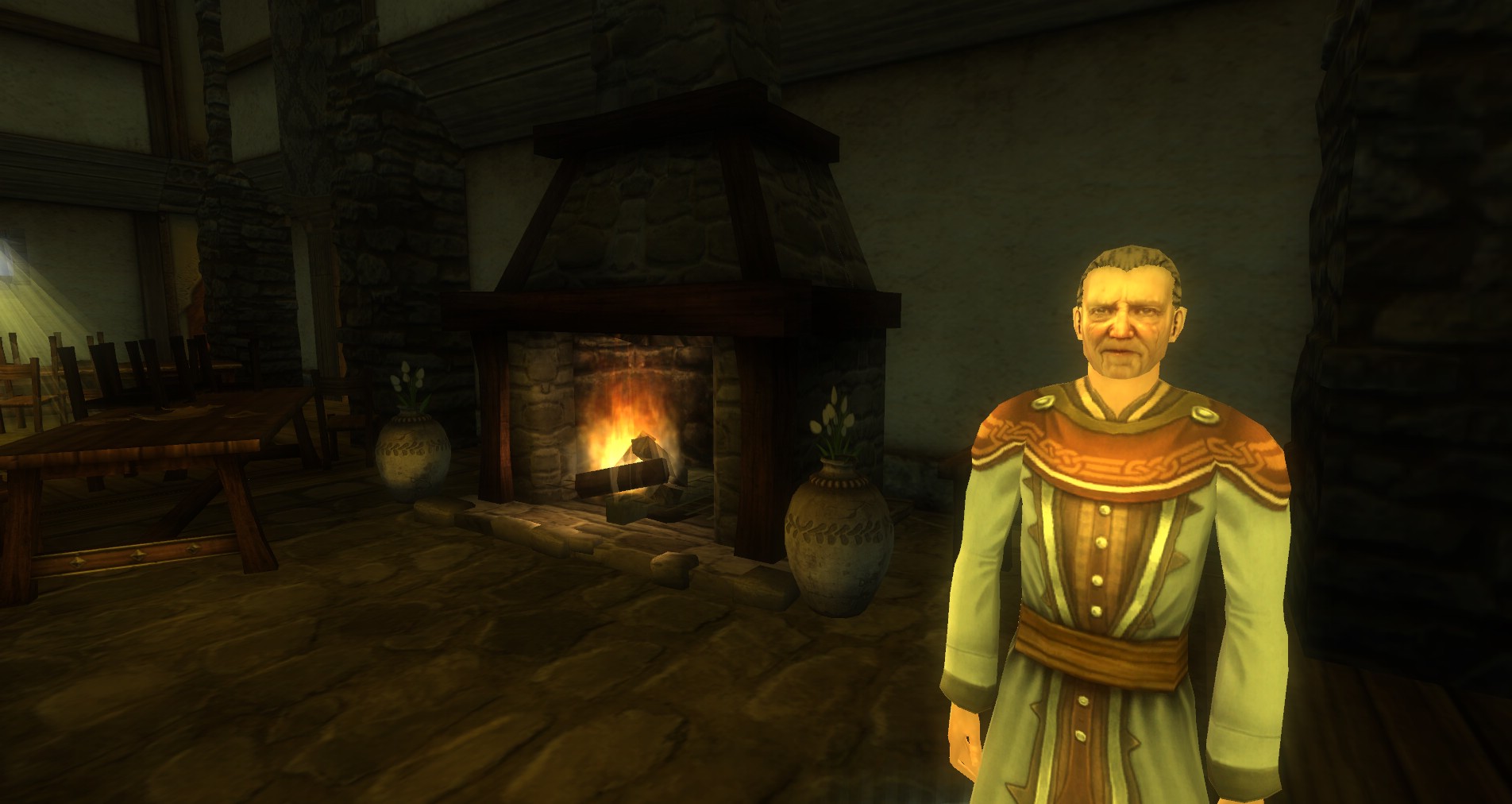 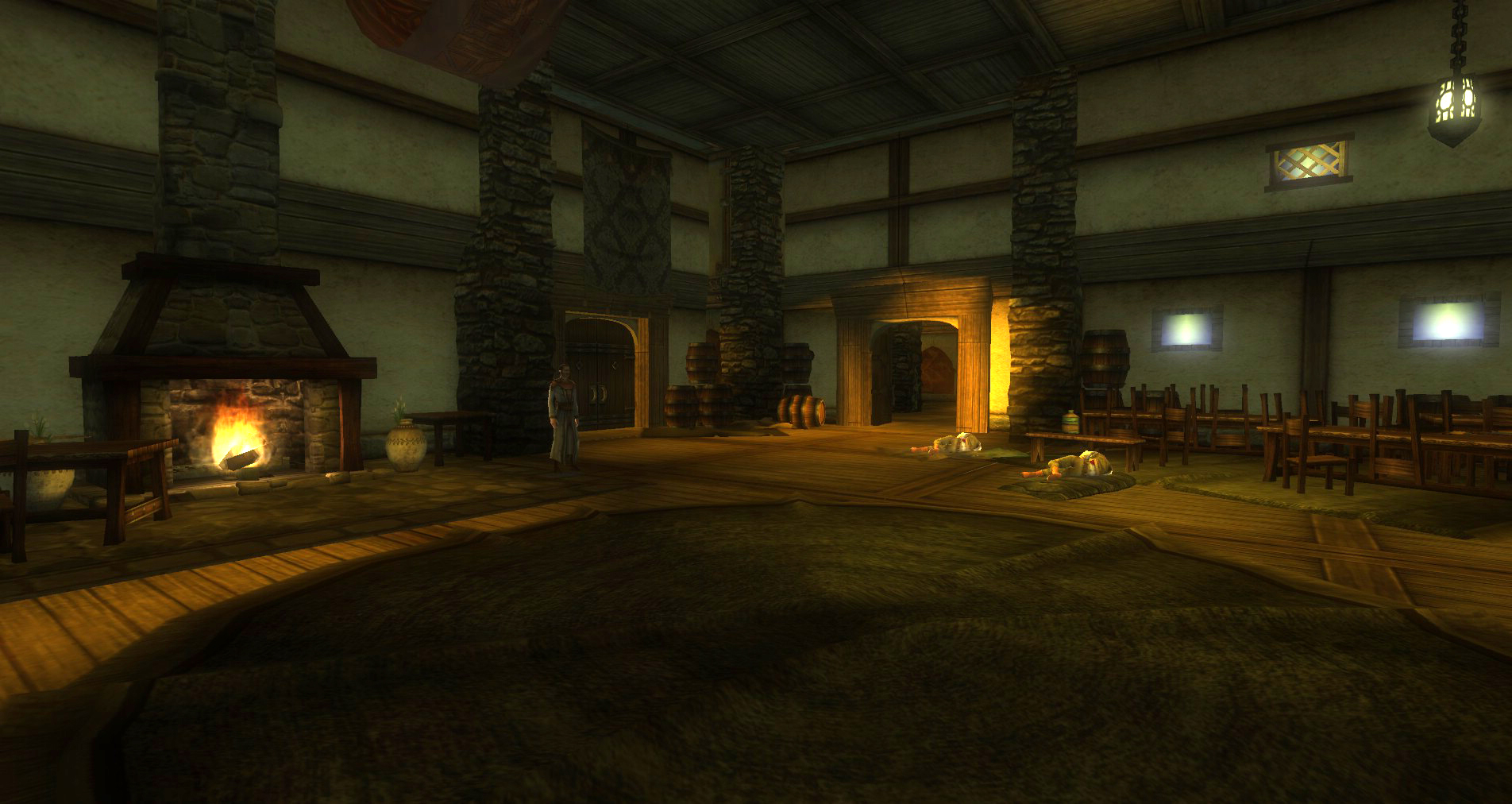 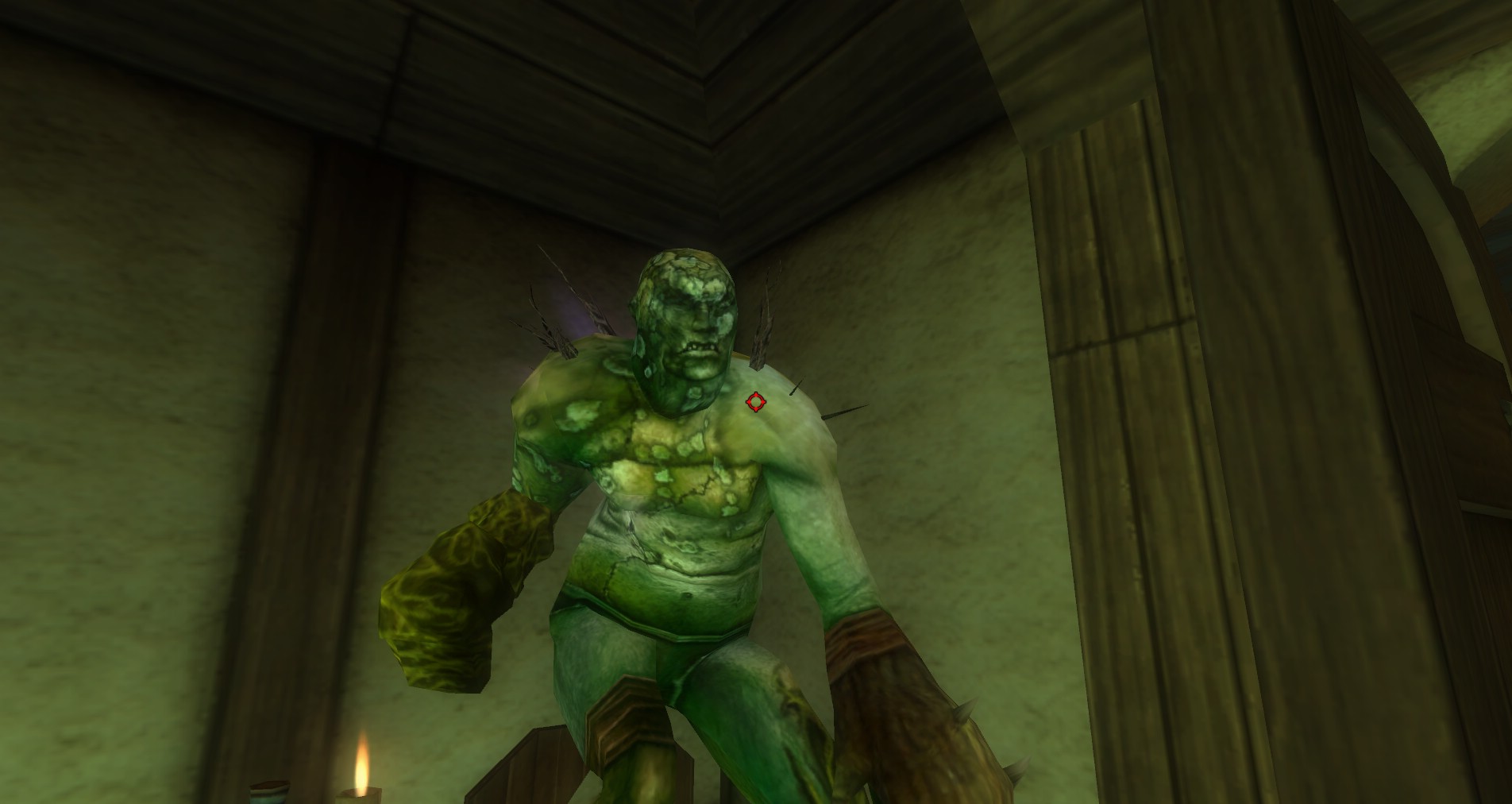 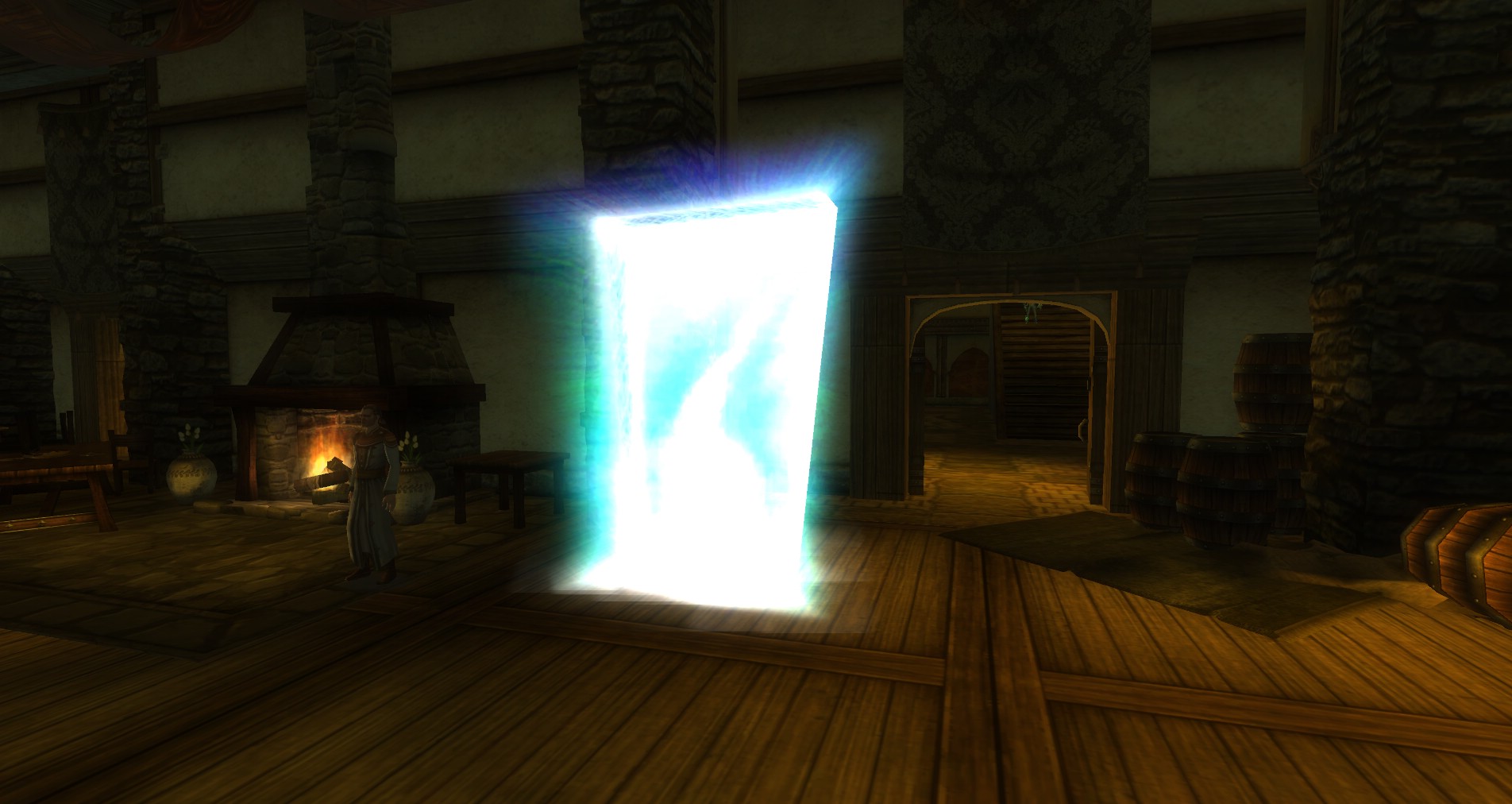 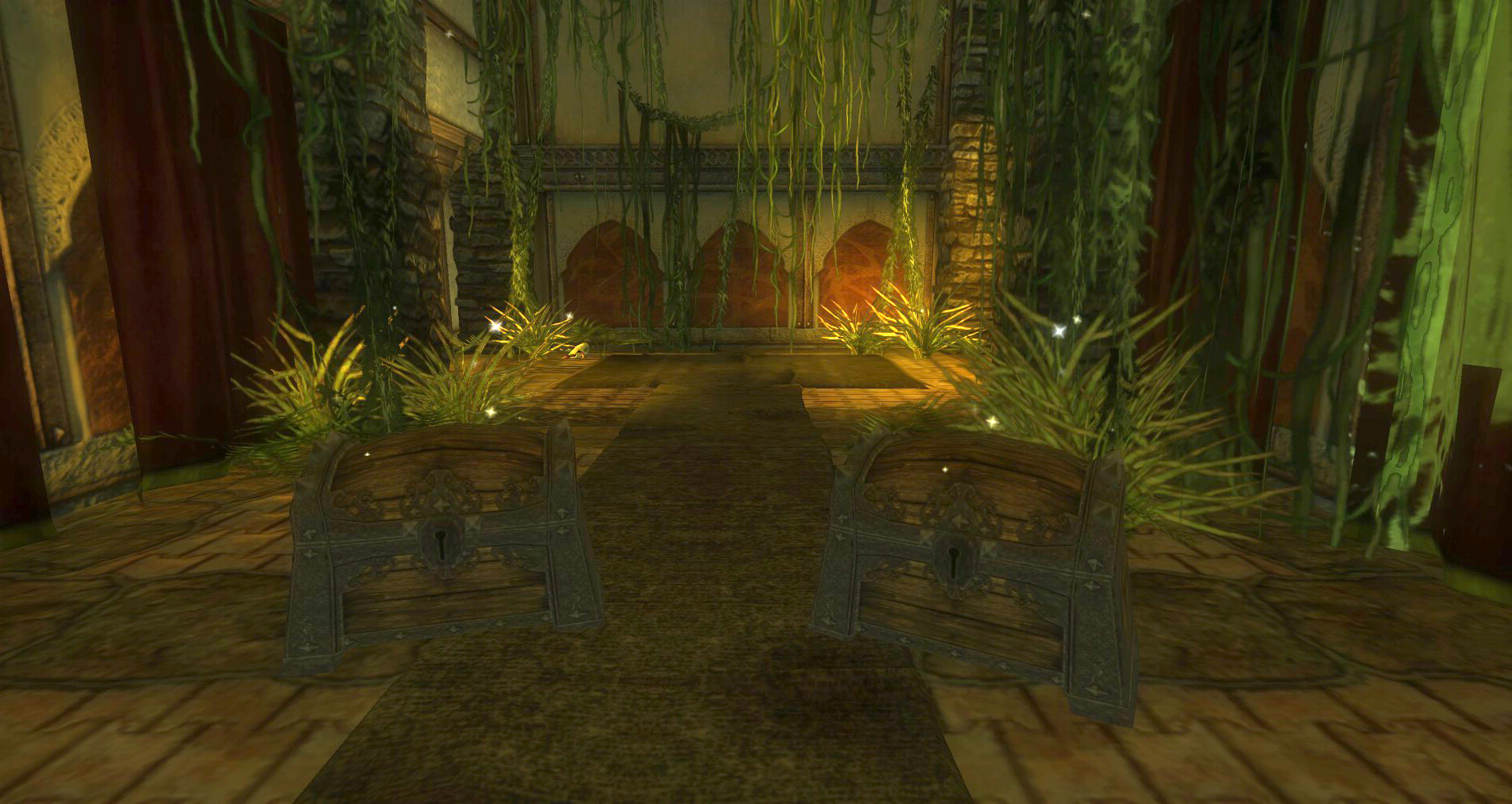 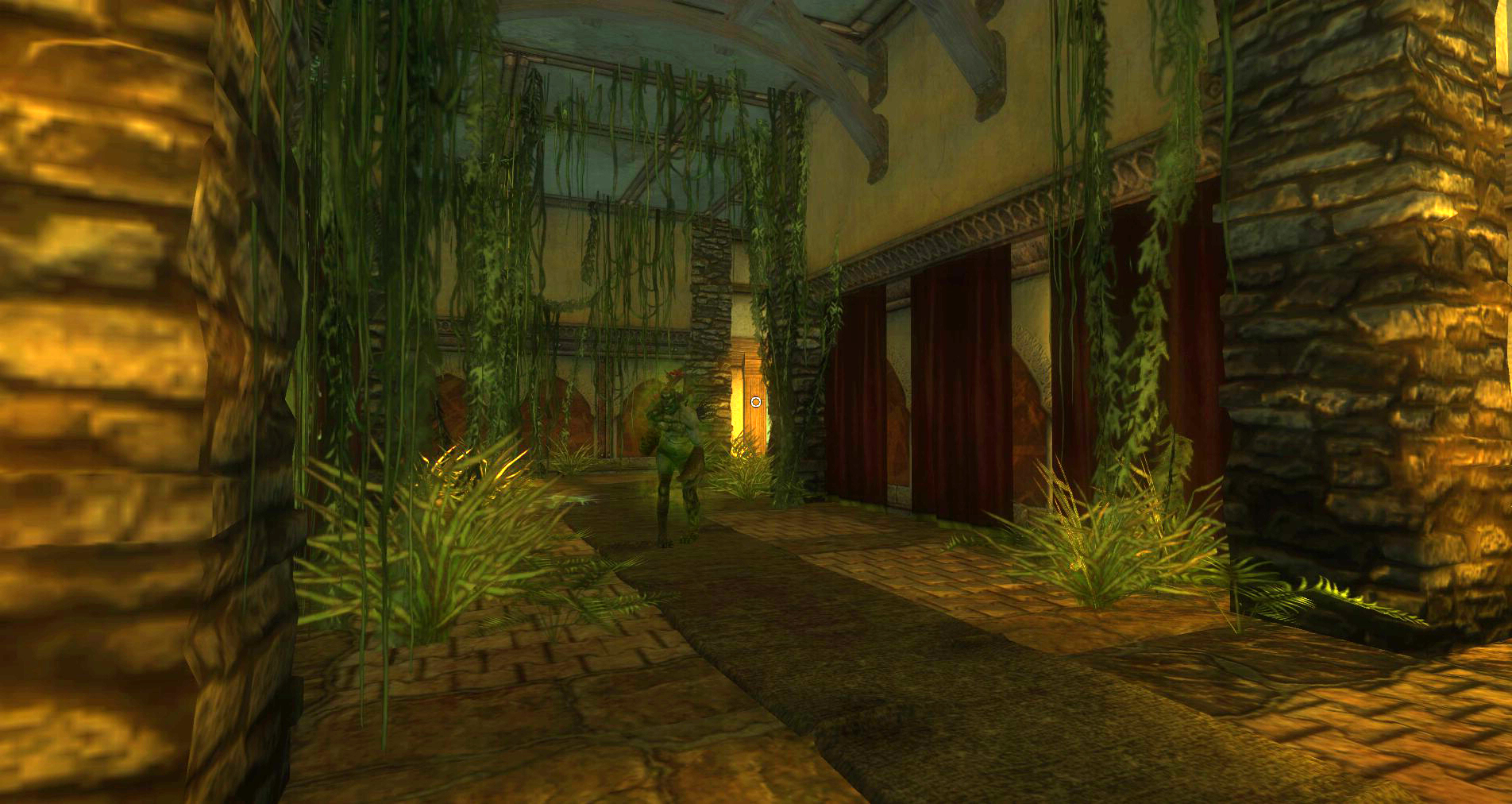 Once everyone gets inside and all hirelings and pets are summoned go ahead and buff up. You will be getting into the mix soon.

Talk to the head priest, Hurim Jaskyr, when you’re ready to start the quest. He will put a key on the table behind him. This key will open either the north or south wings of the Eveningstar War Hospital.

Make sure you open up the North Wing of the hospital first. This way you will get a few extra kills from some mudmen that you would otherwise not be able to access.

There are patients inside the hospital you can cure for a little extra XP as well as an extra quest at the end if you complete the optional.

Head up the hallway and keep an eye out. There are lots of mobs in here. Usually you are rushed by Red Musk Zombies, then Vine Horrors in the 2nd line with Primal Wisps in the back. Kill those casters in the back first. You will especially want to do this if you do not have resist fear or fear immunity gear because they like to chain fear everything.

There will be one unlocked room where there are patients you need to cure. If you fail to cure these patients, you will need to unlock the Sickrooms so you can get to the extra patients. Otherwise you will not be able to complete the optional quest goal of curing five patients.

One room has a purple dragon knight, Mikheal Jarvin. Before you are ready to wake him and try to cure him, buff up and be ready for a red named fight. Smack the abomination down and get the needed sample for the high priest and then snag the key he drops on the ground. Be ready as you will be ambushed by many more of the Red Musk Zombies, Vine Horrors, and Primal Wisps.

Head back to the beginning and open up the south wing.

Head up the hallway and keep an eye out. There are lots of mobs in here. Usually you are rushed by Red Musk Zombies, then Vine Horrors in the 2nd line with Primal Wisps in the back. Kill those casters in the first as they will cause much more trouble than the zombies. Resist Electricity and acid are both good to have through this quest, and this whole series.

There will be one unlocked room where there are patients you need to cure. If you fail to cure the patients, you will need to unlock the Sickroom so you can get to the extra patients. Otherwise you will not be able to complete the optional quest goal of curing five patients.

This time the patient is a wizard and has already turned. Aeron Leifbrand will burst out of the room and attack. He will also break down the door next to his room, allowing some Mudmen to charge in and join the fray. This door will not be opened if you do this wing first. Take him out, snag the sample and the key he drops. Be ready as you will be ambushed by many more of the Red Musk Zombies, Vine Horrors, and Primal Wisps.

Head back to the beginning once again.

You can go in here when you get the second key from the last wing you clear. However, the head priest warns you that you may not want to go in there.

Have your rogue lead the way to unlock the doors and disable all of the traps. There are 5 traps in here that are laid out in a rude and cunning way. There are bear traps positioned right next to spell ward traps so they will hold you in place while the spell ward trap nukes you. Not fun! So make sure your rogue clears the path before you head in.

There are two traps just inside the door. There is one to the right over in the corner and then two more at the chest behind the secret wall in the south west corner of the room.

The traps and secret doors here are nothing special and should be able to be disabled by any able-bodied rogue of the quest’s level.

When you are ready to head into the last leg of this quest, talk to the head priest and he will open a Dimension Door for you that leads into the West Wing.

There is a shrine just inside. Go ahead and use it and rebuff and get ready for the boss fight. Just down the ramp and around the corner is Peron Uthe, the original patient, and he is much stronger than the others in this quest.

As you fight Peron Uthe, he will summon a bunch of monsters to help him out. The unopened doors at the beginning of the fight will open up and let out a bunch of Red Musk Zombies, Vine Horrors, and Primal Wisps. These doors will open up and send in more monsters when Peron Uthe gets to 75% health, 50% health and lastly at 25% health. Take out all of his minions then finish him off.

If you saved the five patients for the optional you will get an extra chest here at the end next to the regular chest.

Just like that! The quickest and easiest of the quests for the Druid’s curse is done.